There is currently a consensus that the Arabic word riba, which describes loan interest, refers to all interest, not just excessive interest. Muslims are not permitted by Islamic law to give or receive interest at a fixed rate.

Pakistan’s finance minister, Ishaq Dar, declared on Wednesday (November 9) that the nation would legalize interest-free banking, reversing the previous opposition of the administration to the practice.

The Federal Shariat Court (FSC) mandated that the current banking system be changed within five years to one that is interest-free and adheres to Islamic law. Dar declared in a pre-recorded statement that the National Bank of Pakistan (NBP) and also the State Bank of Pakistan (SBP) would drop their appeals against the FSC’s ruling.

What is banking without interest?

Islamic banking is the practice of conducting financial transactions in accordance with the principles and rules established by Sharia, the Islamic legal code. Usury, or the practice of charging excessively high interest rates on loans, and the prohibition of doing business with immoral organizations serve as the foundation of Islamic finance.

Under this system, “interest free banking” refers to a range of banking services that don’t charge interest. There is currently a consensus that the Arabic word riba, which describes loan interest, refers to all interest, not just excessive interest. Muslims are not permitted by Islamic law to give or receive interest at a fixed rate.

Islamic banking stipulates that money cannot be used for speculation, gambling, or the exchange of forbidden goods like alcohol or pork, but only to store items at a bank without paying interest.

But how could a bank function without making payments based on interest?

Even in the West, there are a few financial institutions that also structure their accounts in ways that are compliant with Sharia, despite the fact that charging interest while lending and paying interest on deposits are the foundation of banking. The first Sharia-compliant bank in Germany opened its doors in Frankfurt in 2015, according to a previous BBC report.

You can use a number of strategies to borrow money from a bank that complies with Sharia law. Under an Ijarah contract, a bank acquires the asset on behalf of the client and grants access to it in return for a fixed rental fee. The client gets ownership of the asset after a mutually convenient period of time.

Murabaha, or a sale on profits that have been mutually agreed upon, is another instrument. In this form of financing, the asset is bought by the bank at market value and then sold to the client for a markup that has been decided upon together. Payments may be made by the client in instalments.

A musharaka is an investment made jointly by the client and the bank. According to the agreement, an Islamic bank contributes, and this money is combined with money from the company and other sources. Both the bank and the client contribute money toward the investment or purchase, and both parties agree to split any gains or losses in accordance with the agreed-upon percentages.

What was the decision of the Federal Shariat Court (FSC)?

According to a three-judge panel of the FSC that ruled in April that Riba was forbidden by Islam in all of its forms, the government was urged to switch to an interest-free banking system by December 31, 2027.

Given that it was founded in 1980 by General Muhammad Zia-ul-Rule, the FSC is qualified to assess whether Pakistani laws are Sharia compliant. Haq’s According to Dawn, the FSC decided this April after the Supreme Court had previously ruled that Riba was incompatible with Islam in 1922 and had remanded the case to the religious court for reconsideration in 2002.

All forms of interest, whether in banking or private transactions, are now prohibited by the FSC because they are considered Riba and go against Islamic teachings. Additionally, all loans were to be made possible in accordance with the establishment of an interest-free banking system. According to The Express Tribune, Pakistan officially declared modern bank interest to be Riba as a result of the FSC decision, making it the first Muslim nation to do so. The FSC decision states that the prohibition against riba is the “cornerstone of the Islamic economic system,” and as a result, “we have decided that every loan which extracts any additional amount upon the current principal from the debtor is riba, thus any transaction which contains riba even at a slightest level falls within the main category of riba thus prohibited.”

Two state-owned banks in Pakistan, SBP and NBP, as well as three commercial banks had filed appeals with the Supreme Court, but those have since been withdrawn.

Banking in India with no interest

Raghuram Rajan’s committee made the case for interest-free banking in India in a report it submitted to the government in 2008, but it omitted any mention of Sharia banking.

Some Indians, including those in the economically underprivileged strata of society, are unable to access banking products and services due to religious restrictions because interest-free banking products are not offered (where the return to the investor is tied to the assumption of risk, in accordance with the principles of that faith); additionally, this lack of availability prevents India from accessing sizeable sources of savings from other nations in the region.

Given the complexity of Islamic finance and the numerous regulatory difficulties it faces, the Reserve Bank of India (RBI) had proposed in 2016 that Islamic banking could be gradually introduced through the opening of a “Islamic window” in conventional banks.

But in response to an RTI inquiry in 2017, the RBI stated that it had decided not to move forward with the scheme to bring Islamic banking to the nation.

Is a switch to an interest-free banking system possible for Pakistan?

Finance Minister Ishaq Dar stated on Wednesday that Pakistan will carry out the Federal Shariat Court’s (FSC) directive to abandon its interest-based banking system. Many people, however, doubt that it will even be possible to do this.

Aiming to “examine and decide whether or not any particlular law or provision of law is also repugnant to the injunctions of Islam,” the FSC was founded in Pakistan in 1980 during the military dictatorship of Ziaul Haq.

The government has until December 31, 2027 to get rid of Riba, the Islamic term for interest, from the nation’s banking system, according to a court decision that banned interest earlier this year in April.

The court continued by declaring that any interest paid on government borrowings, whether they were made with domestic or foreign resources, also met the criteria for Riba and was unlawful under Islamic law.

Following the court’s ruling, the National Bank of Pakistan, the biggest state-owned bank in Pakistan, filed an appeal with three other commercial banks before the Supreme Court.

The finance minister promised to put the ruling of the shariat court into effect and rid the nation of interest as soon as possible, but the central bank and the NBP announced they would be withdrawing their appeals to the top court.

Borrowing must be secured by a joint ownership interest in an asset because these banks make money through equity participation rather than interest, whereas conventional banks have also introduced interest-free products and instruments to comply with Islamic law, several banks have emerged in the Islamic world over the past few decades. 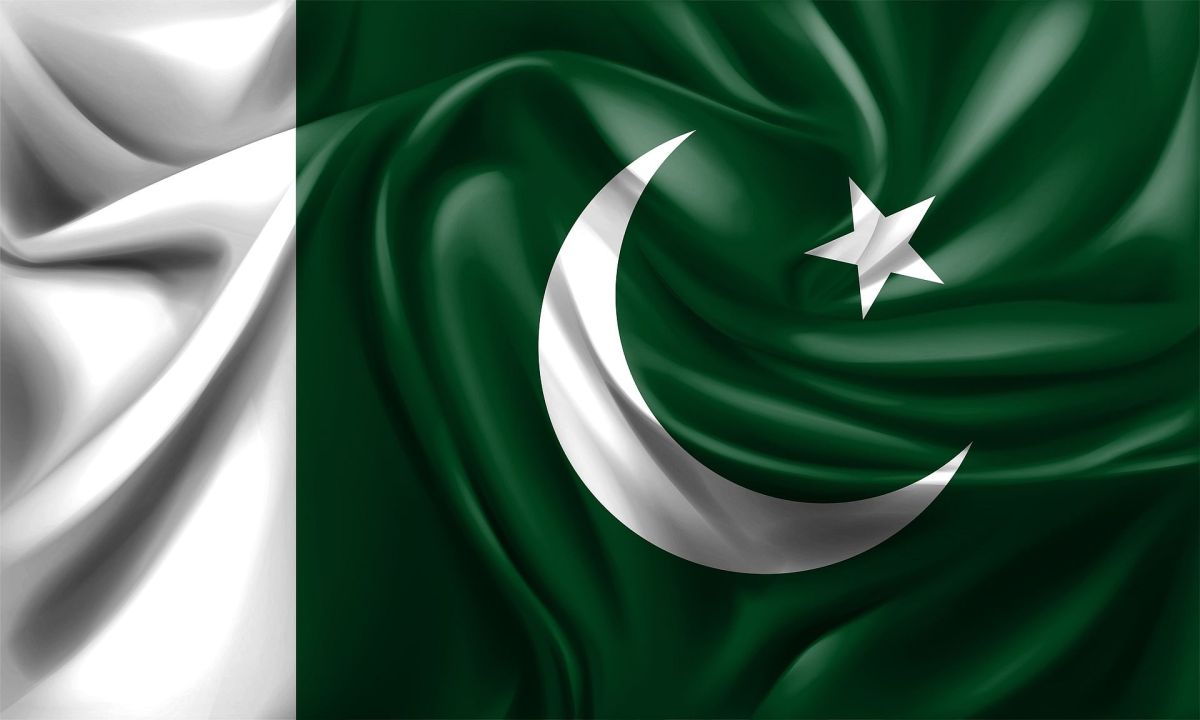 Islamic banking saw a significant resurgence in the early 2000s, particularly in Pakistan where Meezan Bank, the nation’s first wholly Islamic bank, was established. It now has a sizable 20% market share in the banking sector and many banks now operate Islamic banking subsidiaries.

Despite this expansion, some analysts contend that the government’s most recent announcement to switch to an interest-free system fully may simply be political rhetoric to win over the religious vote base because there are structural issues at the core of the problem that must be addressed first.

It would not be a “overnight” task, the finance minister acknowledged, and there would be many obstacles to overcome.

No more IMF projects, then?

The current international obligations of Pakistan wouldn’t be impacted by a complete switch to an interest-free system, according to Intermarket Securities banking analyst Raza Jafri.

According to the official, the court’s ruling made it clear that Pakistan must honor its current international debt obligations, even if they are in violation of sharia law, but that any additional borrowing must follow sharia-compliant procedures.

However, he continued, it was not clear whether this prohibition applied to outside borrowing in situations where there were no sharia-compliant substitutes.

He said the government could ask for more information on this, like whether Pakistan can choose to participate in an IMF program if the ruling is fully implemented.

IMF bailouts as we know them would come to an end until that was made clear, as external borrowing would also need to be sharia-compliant.

The portfolio manager at Alfalah Investment, Jawad Shamim, noted that it was still unclear whether this system would permit bilateral or multilateral borrowing through financial institutions or friendly countries. As it has in the past, the government could borrow money from abroad by issuing sharia-compliant bonds.

Despite their disagreement with the five-year deadline, Jafri and Shamim concurred that domestic banks were in a good position to convert fully eventually. According to Jafri, it would take much longer for larger conventional banks because it took Faysal Bank, a mid-sized bank, more than five years to switch to Islamic banking completely.

He made note of the fact that the government was a significant borrower from regional banks, which was a problem in and of itself, and claimed that additional research was needed to determine how a switch to an interest-free system would function.

This is due to the fact that Sukuks, a sharia-compliant form of borrowing that gives the lender a portion of the borrower’s ownership of an asset until loan repayment, only make up about 5% of all domestic government debt.

He questioned whether there were enough state-owned companies, whether they would pledge the nation’s highways, toll booths, and airports, as well as what underlying assets the government would borrow against for a full conversion.

Jafri went on to say that while both the State Bank and the NBP had decided to drop their appeals of the ruling, it was unclear whether the commercial banks, who had also filed a claim, would follow suit. According to Next Capital CEO Najam Ali, it will be more challenging to pledge such assets given the government’s desire for borrowing to finance the fiscal deficit. Ali also stated on Twitter that the government “will only be able to issue Sukuks which require an underlying asset” if interest-free banking is fully implemented.

What does the Supreme Court's reprimand of the Jharkhand High Court for filing PILs against the Chief Minister mean for the Soren administration?