Green hydrogen is hydrogen created through electrolysis with renewable energy, and an electrical current is used to separate hydrogen from oxygen in the water in this approach. If the electricity required for electrolysis is obtained from renewable sources like solar or wind, no greenhouse gas emissions are produced.

To make vast amounts of hydrogen via electrolysis, you need water, a large electrolyzer, and enough electricity. The hydrogen is practically green if the electricity originates from renewable sources like wind, solar, or hydro; the only carbon emissions are those embodied in the generation infrastructure.

The problem is that large electrolyzers are in low supply, and abundant renewable electricity still comes at a premium. Electrolysis is relatively expensive compared to more established industrial procedures; hence the market for electrolyzers has been modest. How do you keep and use all of this?

Green hydrogen can theoretically be used for a variety of purposes. It can be burned in power plants or district heating systems when blended with natural gas. It can be used as a precursor for other energy carriers like ammonia and synthetic hydrocarbons or directly power fuel cells in vehicles and ships.

The key challenge in meeting these prospective markets is getting the required green hydrogen. The highly volatile gas is difficult to store and transport as it takes up a lot of space and makes steel pipelines and welds brittle and prone to failure.

As a result, bulk hydrogen transportation will necessitate specialized pipes, which would be costly to construct, pressurize, or cool the gas to a liquid condition. These last two steps take a lot of energy and would reduce green hydrogen’s already low round-trip efficiency even more.

Electrifying the whole energy system and employing clean, renewable energy is one approach to near-total decarbonization. However, electrifying the entire energy system would be difficult, if not impossible, and would be more expensive than mixing renewable energy with low-carbon fuels. Green hydrogen is one of several low-carbon fuels that could eventually replace today’s fossil fuels.

Hydrogen isn’t perfect as a fuel, to be sure, and its low density makes it difficult to store and transport. And, as a Norwegian hydrogen filling station explosion in June 2019 demonstrated, its flammability can be a problem.

On the other hand, other low-carbon fuels have their own set of issues, including cost. Why not just be with the original product, as most of them need the generation of green hydrogen as a precursor?

Because green hydrogen may be used in a wide range of industries, a proportional number of businesses could benefit from a growing hydrogen fuel economy. Perhaps the most important of these are the oil and gas companies, who are increasingly pressured to reduce fossil fuel production.

Several oil companies are vying for first place in creating green hydrogen. In May, Shell Nederland stated that it has teamed up with energy business Eneco to bid for capacity in the current Dutch offshore wind contract to build a world-record-breaking hydrogen cluster in the Netherlands. Days later, BP’s solar developer Lightsource BP said that it was considering building a green hydrogen factory in Australia using 1.5 gigawatts of wind and solar electricity.

The interest of Big Oil in green hydrogen could be crucial in advancing the fuel to commercial viability. Cutting the cost of green hydrogen generation will necessitate a vital investment and scale, which the oil majors are well-positioned to supply.

Several oil corporations are competing for first place in green hydrogen production. Shell Nederland announced in May that it has partnered with energy company Eneco to bid for capacity in the current Dutch offshore wind contract to make a world-record-breaking hydrogen cluster in the Netherlands. Days later, BP’s solar developer Lightsource BP announced that it was exploring making a green hydrogen factory in Australia that would use 1.5 gigawatts of wind and solar power.

Big Oil’s involvement in green hydrogen could be vital in bringing the fuel closer to commercial viability. Green hydrogen production will require enough money and scale, which the oil giants are well-positioned to provide. The problem is worse because many applications may need green hydrogen to power a fuel cell, resulting in even more losses.

Given the current high cost of electrolyzers, it’s doubtful that green hydrogen project developers would be ready to let their electrolyzers lie idle until renewable energy prices fall below a specific threshold.

What is the total amount of green hydrogen produced?

In the broad scheme of things, not much. According to Wood Mackenzie, green hydrogen currently accounts for less than 1% of yearly hydrogen generation.

However, WoodMac predicts a rush in productivity in the following years. In the five months leading up to April 2020, the pipeline of green hydrogen electrolyzer projects nearly tripled, reaching 8.2 gigawatts. The increase was primarily due to the rise in large-scale electrolyzer deployments, with 17 projects with a capacity of 100 megawatts or more on the horizon.

And it’s not just that more projects are being produced. According to WoodMac, by 2027, the average size of electrolyzer systems would likely approach 600 megawatts.

Who is spearheading the charge for green hydrogen development?

Green hydrogen seems to be on everyone’s mind right now, with at least ten countries considering it for future energy security and potential exports. In May, Portugal was the most recent to join the hydrogen bandwagon, announcing a €7 billion ($7.7 billion) national hydrogen plan.

Aside from the notable names, many smaller businesses are vying for a piece of the rising green hydrogen pie. Green hydrogen companies like ITM Power may not be well-known today, but if it lives up to even a quarter of its potential, it will be large one day. 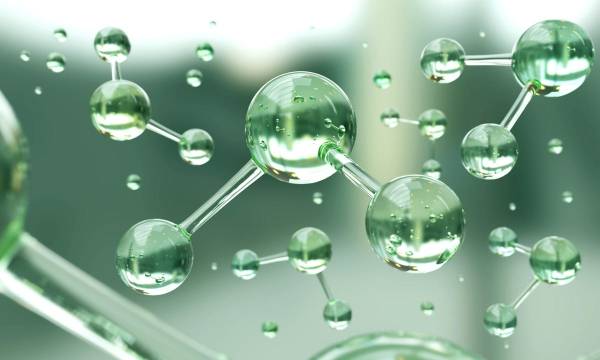 What about hydrogen-powered vehicles?

Early hopes that hydrogen fuel-cell vehicles would compete with electric automobiles to replace the internal combustion engine were fueled by the eye-catching Toyota Mirai. Now the electric car market has grown, the chance of hydrogen becoming a viable competitor has receded from view, at least in the passenger vehicle segment.

There are approximately 7,600 hydrogen fuel-cell cars on American roads now, compared to over 326,400 plug-in electrics sold in the United States alone last year.

Will India’s sustainable energy mix include green hydrogen? Experts are upbeat about the future potential of this “future fuel.” Like all fuels, hydrogen, when burnt, produces energy. However, because hydrogen produces water as a byproduct, it is the most environmentally friendly fuel.

What about India, for example?

Green hydrogen production now costs $5-$6 per kg, according to The Energy and Resources Institute (TERI). Industries like steel, fertilizer, and long-distance shipping will find it challenging to use this fuel at this rate. Green hydrogen prices must fall to at least $2 per kilogramme to achieve this.

Mukesh Ambani, the chairman of Reliance Industries, has advocated that India aim for $1 per kilogramme. However, we won’t achieve this price decrease unless we start manufacturing electrolyzers on a wide scale in India.

According to a recent storey in Business Standard, the government may introduce a Production-Linked Incentive (PLI) plan for manufacturers of green hydrogen electrolyzers.

On the other hand, despite Prime Minister Narendra Modi’s reiteration of the ‘green hydrogen’ vow in his Independence Day speech this year, it means that the Centre is hesitant to get off the ground in some locations. The national government has been unable to issue a policy despite initiating the National Hydrogen Mission last year.

The construction of more production facilities is one of the most critical measures that Indian industry and policymakers must do to assist bring down prices per unit of green hydrogen output, indigenous production of essential components such as electrolyzers, and production-linked incentives such as the schemes being rolled out by the government for various sectors.

What is India doing to promote hydrogen as a fuel?

The adjustments required to hasten the development and acceptance of green hydrogen necessitate a global effort. Many countries are already doing so, and India is one among them.

India has long studied the viability and economic benefits of transitioning to a hydrogen-based economy, as the country now spends billions on fuel and energy.

India’s ambitious intentions to build 450 GW of renewable energy capacity will only fuel the country’s push to become a global leader in green hydrogen production.

Sources told CNBC-TV18 that a Rs 15,000-crore production-linked incentive (PLI) scheme was being developed to encourage electrolyzer manufacture in India. Starting in FY24, the project will be implemented for five years. According to sources, the administration was also considering making domestically manufactured electrolyzers exempt from the goods and services tax (GST) for five years.

The government’s primary goal is to reduce the cost of green hydrogen to $1 per kilogramme and establish a green hydrogen capacity of five million metric tonnes per annum (MMTPA) by 2030 in India.

Reliance Industries Limited, India’s most prominent and most prosperous billionaire, and its CEO, Mukesh Ambani, contribute. The green Energy Giga Complex, which Ambani recently unveiled, will include an electrolyzer factory for green hydrogen production and a fuel cell factory. Ambani is optimistic that India will reduce hydrogen costs in the future. RIL wants to be a zero-emissions corporation by 2035, and Rs 75,000-crore green energy investment is a big part.

“Green hydrogen is the best and cleanest form of energy, and it has the potential to play a critical role in global decarbonization efforts.” Green hydrogen is being worked globally to make it the most economical fuel choice by lowering its cost to under $2 per kilogramme. Let me tell you that Reliance will pursue this goal and achieve it far before the decade’s end. India has always set and even loftier ambitions.

India can develop an even more ambitious aim of acquiring a price of less than $1 per kilogramme in a decade. “This will make India the first country in the world to meet the 1-1-1 objective for green hydrogen in a decade,” he said.

Reasons why the 'craze' for Apple AirPods has slowed down