What is the Evolution of Apple Ads – How Have They Changed Over Time?

With a billion-dollar income, Apple is one of the most innovative businesses in the world. Innovation, advancement, exploration, and expansion have all come to be represented by the half-bitten apple emblem. “We are here to put a dent in the cosmos,” once remarked Steve Jobs. Otherwise, why are you even here? 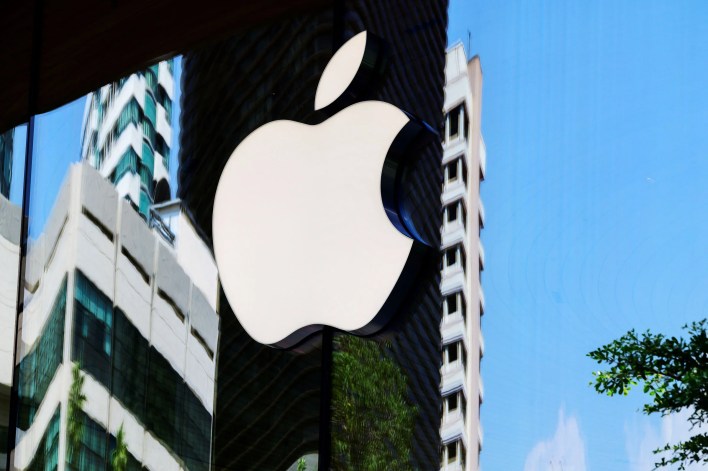 On April 1, 1976, the brilliant trio of Steve Jobs, Steve Wozniak, and Ronald Wayne established Apple Computer Company, aiming to create and market Wozniak’s Apple I personal computer. The company’s next computer, the Apple II, changed its name to Apple Computer, Inc. in 1977 and quickly rose to the top of the sales charts.

The business created the first Macintosh in 1985 and was quite successful. Wozniak and Steve Jobs left the firm as a result of a schism brought on by the high cost of its products and internal power battles. As Steve Jobs started the business, NeXT and Wozniak explored other endeavours; they parted ways.
Microsoft was only one of several companies that joined the market as computers gained steadily in popularity in the 1990s. Apple began to experience a significant decline in demand for Windows, Microsoft’s low-cost operating system.

In 1997, while it was struggling and on the edge of bankruptcy, Apple bought Steve Jobs’ company, NeXT. To address Apple’s unsuccessful operating system approach, this was done. The major goal was to lure Steve Jobs back to the organization. The choice was appropriate because, during the following ten years, Jobs showed his genius by leading the business back to profitability through various strategies, including introducing products like the iMac, iPod, iPad, and iPhone. When Steve Jobs was the company’s CEO, the business grew by building a chain of retail stores called Apple Stores and making several acquisitions to diversify its product line.

Additionally, he created some of the business’s most enduring advertising campaigns. 2011 saw the resignation of Steve Jobs from the company, and Tim Cook took his place. Apple Inc., along with Microsoft, Amazon, Alphabet, and Meta, is now one of the Top Five American IT corporations. It is situated in the United States, Cupertino, California, and focuses on software, consumer goods, and internet services.

Over the past 40 years, its efforts to promote and advertise its goods effectively have received great praise. Its goods advertising uses eye-catching visuals and beautiful music.
From print to television commercials, adverts have captured the attention of their viewers by evoking laughter, tears, or even the question, “What are they thinking?” Although advertising has changed, people continue to be drawn to Apple advertisements. 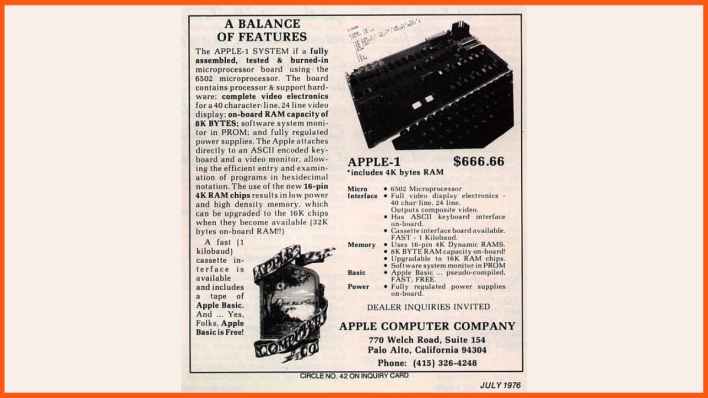 In 1976, the first advertisement was released. It was for the Apple I, their very first computer. It had a flyer-like appearance, was heavily text-based, and included very little art. The commercial served as an example of obtaining your money’s worth. Every square inch of the room was covered. 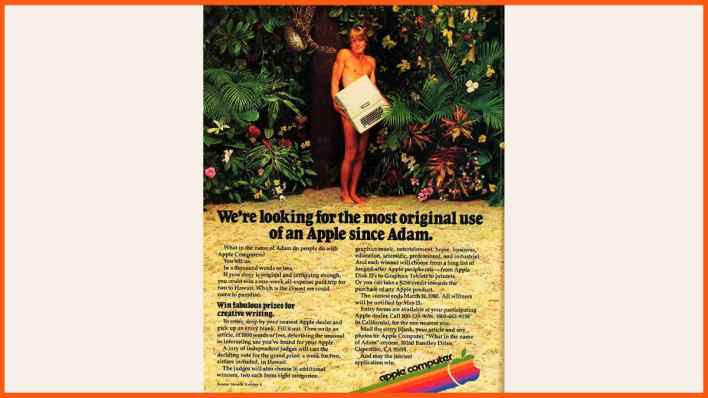 It made me giggle so hard. A picture of a nude guy holding a computer labelled “The Garden of Eden” was displayed. It was a competition announcement: describe how you use your Apple device for the firm in a thousand words or fewer! A vacation to Hawaii for two was up for grabs for the winner. The worst Apple advertising in history, I believe. 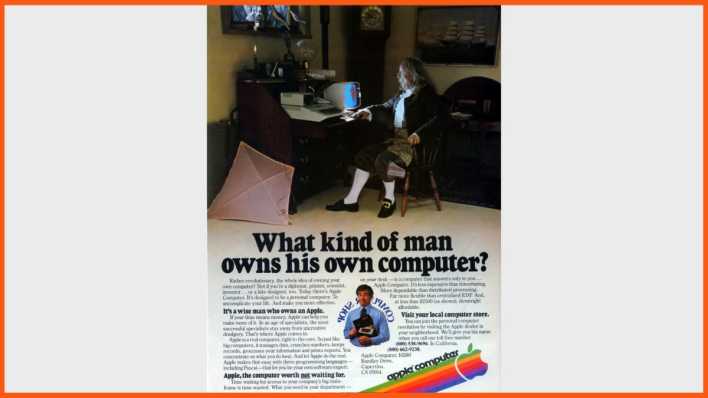 When it was almost five years old in 1981, it had made little progress in raising the calibre of its previous advertisements. The first advertisement of the decade was text-heavy with little to no visual, just like the previous one. It was an effort to persuade people that they required a computer. These advertisements made use of well-known innovators, including Henry Ford, Thomas Edison, and Ben Franklin.

The controversial Super Bowl commercial campaign debuted in 1984. Although the device launch campaign was effective, it lacked the modern Apple flare that we now associate with the brand.

See also  Why are tech businesses laying off employees and slowing down their recruitment efforts?

The change in marketing strategies was first noted during this decade. It was first made famous by Steve Jobs’ “Think Different” movement. Famous people from the time participated in the iMac’s successful product launch campaign. Around this period, Apple’s marketing initiatives started to shift from being heavily text-based to being more aesthetically appealing while still emphasizing the products. “Think Different” was included in the new tagline as well.

Its advertising now uses brilliant colours thanks to this strategy. This was due to Apple’s introduction of a new line of laptops, the notorious iBooks, and the addition of vibrant colours to its existing computer lineup. The younger generation responded favourably to the campaign because of the vibrant colours that brought enjoyment.

Apple originally debuted the iPod silhouette commercials in 2005, which featured a silhouette dancing to iPod music. The campaign’s bold and brilliant background made it incredibly eye-catching. Ironically, it was the first advertisement to do so. The ad went on to become legendary. The Mac versus PC advertisement, which featured John Hodgman and Justin Long, was released by the company in 2006. These ads were always exciting and hilarious and were always shot on a white background. Furthermore, it ran for three straight years, making it its longest-running advertisement.

Apple released a new commercial campaign right before the 2016 Grammy Awards that served two purposes. It featured the simplicity of music recording on the iPad under the title “Change” and hurried.
Additionally, the entire commercial was shot on an iPad. It was subtly showcasing its technological development with this. It honoured their innovation in producing every project element using their product, from creating and recording the music to shooting.

The corporation launched a couple of alluring advertisements in conjunction with the release of the iWatch. Given the state of the world today, its most recent iteration, which features the most recent iWatch, is quite pertinent. It focuses on the iWatch’s most current capabilities. If such a circumstance occurs, the smartwatch is equipped to contact emergency personnel. This is Apple’s method of emphasizing the product’s ability to save lives. According to The Verge, the television ad was “brilliantly, gruesomely recorded.” The advertising campaign’s slogan is “911.”

See also  Amazon says it will add 1,000 more employees in the UK, bringing the total to 28,500, bucking the Brexit chill

What is Apple’s Message? 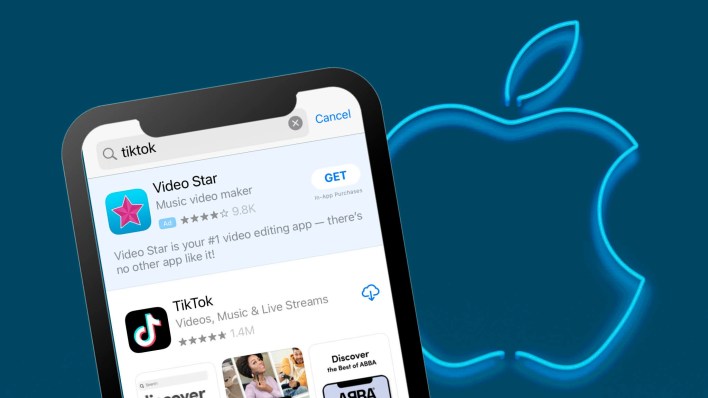 Apple’s marketing strategy is based on plain language and uncomplicated imagery. They don’t often include prices, feature lists, or special effects in their advertising efforts.
The company put efforts into developing an outstanding and distinctive product line and letting the product speak for itself. It has never waged a pricing war to sell its goods. Since it doesn’t have to, the business avoids price competition. Its effective marketing approach has become a benchmark for other companies seeking to achieve the same level of global recognition, revenue growth, and sustained competence. 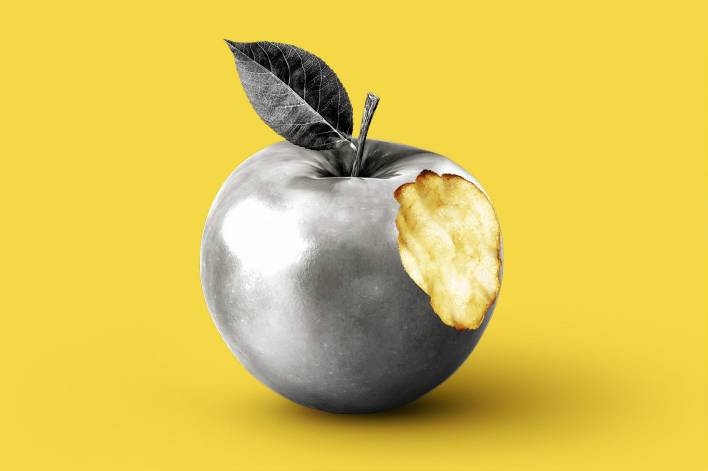 With a market value of over $1 trillion in 2018, $2 trillion in 2020, and most recently $3 trillion in January 2022, it is the first publicly listed business in the US to achieve this feat. One of the most valuable brands in the world, it has a sizable fan base and is well-known. It is putting a lot of effort into making technologically cutting-edge and futuristic products, showing no signs of slowing down. There is a lot to look forward to from Apple, its products, and its astute marketing techniques.

Apple sets itself apart from its competitors with a clear strategy, uncomplicated packaging, and gorgeous phone designs.

Apple’s “Get a Mac” ad was effective because it was straightforward and humorous. Additionally, it was one of Apple’s longest-running ads.

The 5 best cryptocurrencies that crypto whales will purchase in 2022