Why using a cellphone poses a constant danger of death to Russian soldiers? Despite a ban on personal cellphone use, Russian soldiers in the conflict zone continue to use them to call their spouses, girlfriends, parents, and other family members, exposing themselves to Ukrainian attacks almost a year later.

Some Russian soldiers advancing on Kyiv early in their invasion of Ukraine made cellphone calls and uploaded videos to TikTok, revealing their whereabouts to Ukrainian listeners.

According to Ukraine’s head of military intelligence, the Ukrainians launched missiles at their location using cellphone signals to devastating effect.

Nearly a year later, despite a ban on personal cellphone use, Russian soldiers in the conflict zone continue to make calls to their spouses, girlfriends, parents, and other family members, leaving them vulnerable to Ukrainian attacks. The Russian military itself acknowledged the issue and used it to explain the significant losses following a strike this week that claimed the lives of dozens, if not hundreds, of Russian soldiers. This strike was one of the deadliest since the invasion started.

The current Russian Defense Ministry issued a statement saying, “It is already obvious that the main cause of what happened included the massive use, and contrary to the ban, of personal mobile phones in the range of enemy weapons.” According to Ukraine, the cellphone data made it possible for them to “locate the military service members’ coordinates in order to launch a rocket strike.”

An official from Ukraine and a group of pro-war bloggers from Russia claim that the strike was caused by other factors and that the ministry was trying to shift the blame from military leaders by placing it on soldiers. They claimed that Russian commanders had failed to adequately conceal their movements, had stationed a sizable number of troops close together rather than dispersing them, and had placed them close to weapons that exploded during the attack.

But throughout the conflict, both Russia and Ukraine have been plagued by the widespread use of personal cellphones, leaving troops exposed to a piece of technology that, despite being commonplace and ubiquitous in daily life, can be an existential threat in contemporary warfare.

Since at least 2014, when pro-Kremlin separatists started to battle Ukrainian troops in the country’s east, Russian-backed forces, according to Ukrainian officials, have been targeting Ukrainian soldiers using cellphone data.

According to Ukrainian officials, the separatists demonstrated some of Moscow’s most cutting-edge electronic warfare techniques, and Ukrainian soldiers began to believe they were being targeted because they were frequently grouped together and were using their cellphones close to one another. The calls would soon be followed by an artillery barrage on their position.

Nearly ten years later, Ukraine and Russia have honed their targeting techniques for using radio and cellphone signals. Social media posts from the battlefield reveal that cellphone use is widespread among soldiers on mainly both sides and also that efforts to keep them away are, at best, inconsistent, even though some Russian and Ukrainian units adhere to strict rules and make sure that cellphones are never near front-line positions.

Cellphone: Although it’s unclear how much Ukraine has lost. As a result, it seems like less than Russia.

Russian commanders have repeatedly attempted to keep phones off the battlefield, according to interviews with Russian soldiers conducted by the New York Times and recordings of phone calls intercepted by mainly Ukrainian law enforcement throughout the war and also obtained by the Times.

Russian soldiers stationed in Belarus were instructed to give up their phones just prior to the invasion, according to two soldiers who participated in interviews. Russian soldiers can be heard complaining that their phones were seized by commanders in February in intercepted calls. 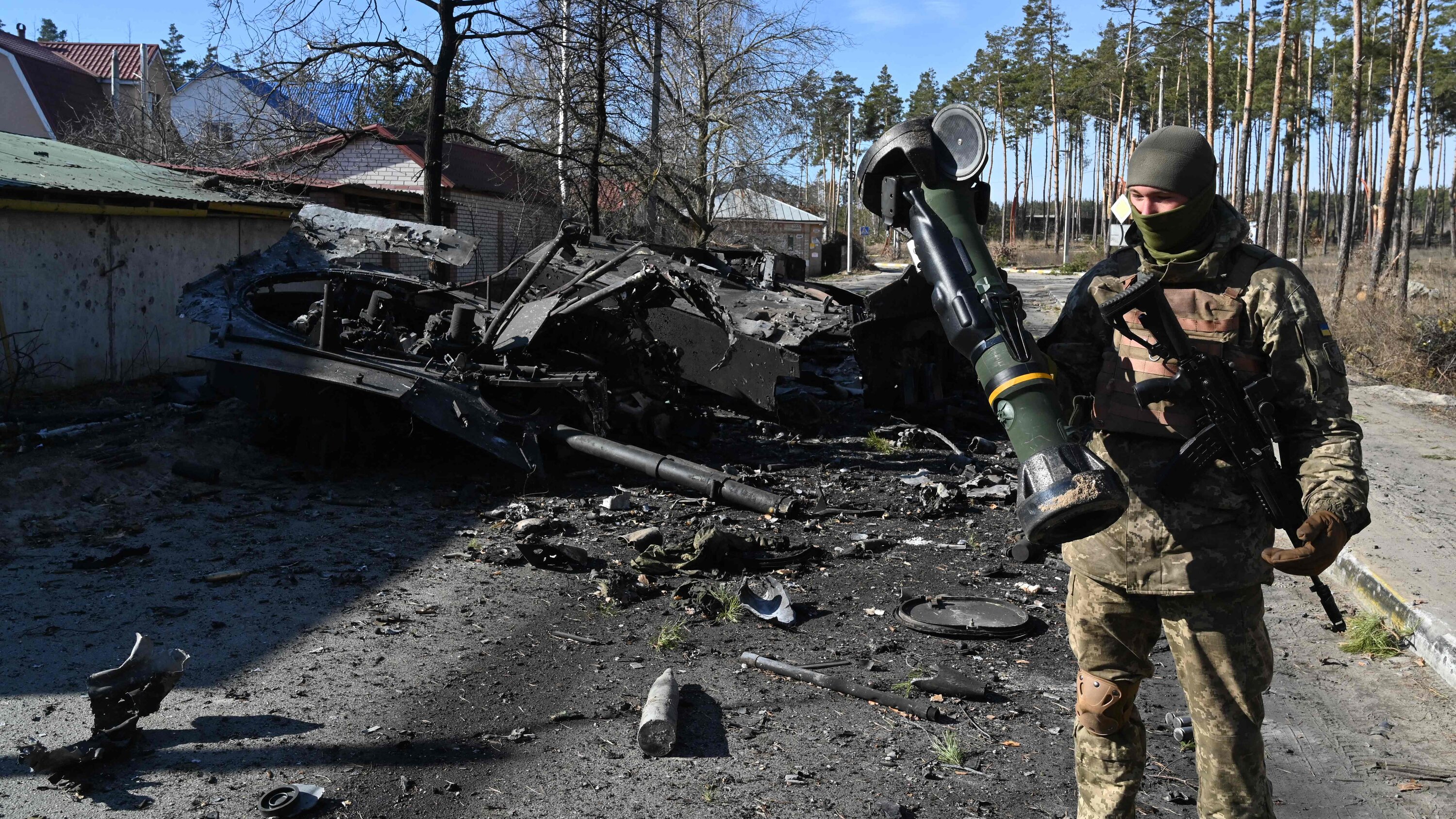 However, soldiers discovered ways to get around the laws just as frequently. An examination of call logs reveals that they stole phones from Ukrainians, also including those they had killed, and distributed the available phones to make calls home. Many intercepted calls feature Russian soldiers complaining that they did not respect the rules, did not trust their leaders, or also felt abandoned by them.

Some Russian soldiers spoke in a way that suggested they were aware Ukrainian intelligence might be listening and that they ought to use caution when choosing their words to prevent revealing their whereabouts. The soldiers didn’t appear to be aware that the information contained in their cellphones could potentially be used against them, allowing the Ukrainians to identify a phone’s location down to a specific apartment complex.

A widely read, pro-war Russian blog on the Telegram app declared on Wednesday that “fighting against phones at the main front in the 21st century is just as pointless as fighting against prostitution, for example.” It was, is, and will be the case.

The unnamed blogger claimed that the use of technology was not always for amusement. Russian soldiers, for instance, had posted messages on Telegram using their phones to direct artillery fire.

According to current and also former American military officials, some Russian generals used insecure phones and radios early in the war, which allowed the Ukrainians to track down and kill at least one general and also his staff through an intercepted call.

Analysts assert that the generals modified their strategies in response to those attacks, and a review of call logs reveals that senior commanders appear to use safer communications than regular soldiers. The Times obtained call logs from the Kyiv region in March, but they glaringly lack the commanders’ phone numbers and also those of their family members, and Ukrainian officials claim the commanders operate on an encrypted network. 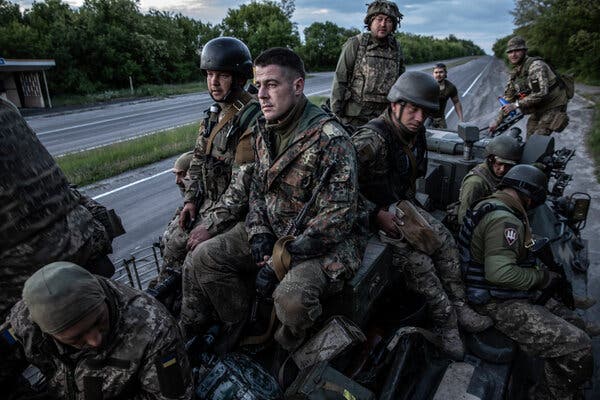 The Russians, according to Ukrainian soldiers, search for Ukrainian cellphones “hand-shaking” with specific towers. Artillery strikes frequently follow once either side establishes a pattern or uses other tools, like drones, to locate the concentration of forces on their phones.

A group of civilians discovered a location in their tiny enclave where they also could get cellphone service in April in the eastern village of Husarivka, which was only 3 miles from the front at the time. However, artillery shells began to fall shortly after a dozen or so locals gathered there to make calls.

Since the pattern kept occurring, almost everyone in the town avoided getting together for extended periods of time and kept their phones off or in aeroplane mode.

Soldiers on both sides hold on to their phones despite the ongoing threat. Near the front line, the Ukrainians frequently have access to Starlink satellite internet, making calls that don’t rely on cell towers generally safe.

However, even without Starlink, Ukrainian troops occasionally find it difficult to resist the pull of wanting to stay in touch with their families and also homes, especially in such a brutal conflict where mainly even the homefront is targeted by Russian missile strikes.

The breakdown of discipline has been observed by the United States and its allies with some concern. Because they lacked the long-range weapons that have dominated the conflict in Ukraine, American enemies in Iraq and Afghanistan were largely aware of where American troops and their allies were stationed. 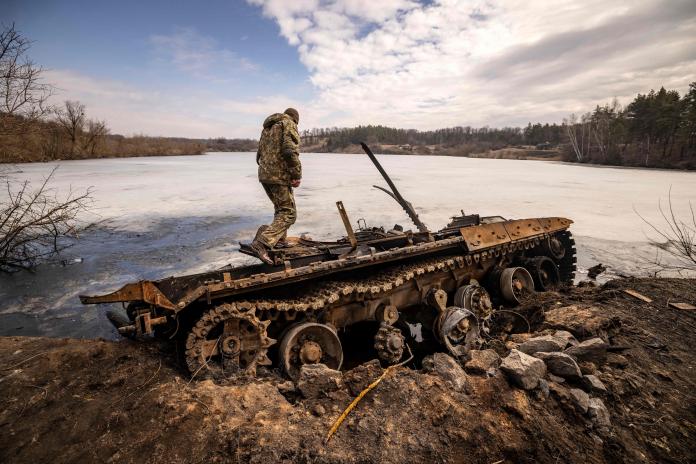 As in 2018, when information from a fitness app revealed the locations and routines of U.S. military bases and personnel, also including those of American forces in Iraq and Syria, there were only hints about the mayhem that personal technology might unintentionally cause.

Gen. David H. Berger, the commandant of the Marine Corps, mainly said last month in remarks to the Defense Writers Group, “What we didn’t worry so much about 30 years ago is every time you press a button, you’re emitting.”

He claimed that commanders were well aware of how deeply ingrained the habits of young service members were because they had grown up with cell phones.
They don’t give a button a second thought, he claimed. They spend their entire day doing this. Now we have to tell them that’s bad and undo 18 years of constant communication. That will result in your death.

Assam delimitation: Why now, and what are the concerns raised?