Kotak’s promotion of officials fined by SEBI caused such a stir. The action has sparked a debate about whether an organization should promote officials who have been sanctioned by a regulator or wait until a higher court clears them.

In normal circumstances, this would have been misconstrued as a routine organizational restructure. Except that it wasn’t.

These three officials were among those sanctioned by market regulator Securities and Exchange Board of India (Sebi) just three months ago for violating mutual fund rules. Kotak then challenged the Sebi order in the Securities Appellate Tribunal (SAT), obtaining a stay on August 24. The case will be listened to again in the month of November.

What exactly is the case about?

The case concerned six Fixed Maturity Plan (FMP) schemes that matured in April and May 2019 and which held debt securities issued by Edisons Utility Works, Konti Infrapower, and Multiventures, all of which are part of the Essel Group. The debt securities were secured by the promoter of Zee Entertainment Enterprises Ltd, Cyquator Media Services, pledging equity shares in the company.

The company claims that by extending the payment deadline on the six fixed maturity plans, it acted in the best interests of investors. Sebi believes otherwise. Its order, issued on June 30, elaborates on why the aforementioned officials are deserving of punishment in this case. Apart from the deadline extension, it has discovered additional flaws on the part of fund managers.

When contacted, Kotak declined to respond to Moneycontrol’s inquiries. It only stated that the case was “sub-judiced.” “On August 24, 2022, the Securities Appellate Tribunal (“SAT”) issued a stay order in response to an appeal filed in the matter, with respect to the order issued by the Securities Exchange Board of India (“SEBI”) with respect to Fixed Maturity Plans of Kotak Mahindra Mutual Fund (KMMF) against Kotak Mahindra Trustee Company Limited (“KMTCL”) and some employees of Kotak Mahindra Asset Management Company Limited” (“KMAMC”). “The case has been filed,” a Kotak spokesperson said.

Promotions of people under the regulator’s watch have sparked a debate. Was it proper for a well-known financial conglomerate to reward officials with promotions shortly after they were penalized by the regulator, in the spirit of the golden standards of corporate governance?

According to Jayant Thakur, a securities law expert, when a regulator issues an adverse order against a senior official, the logical course of action under good corporate governance is to either remove such person, suspend him, or send him on leave, depending on the circumstances. However, if the firm disagrees with the regulator on facts, it can choose not to take action, according to Thakur.

“An adverse order by a regulator does not imply that a company must also take strict action against the official.” “The company must take a careful legal and substantive position, which will vary depending on the facts,” Thakur explained.

Sebi, a former executive director at the markets regulator, spoke along similar lines.

“The decision on the FMP plans was made by the company, not by individuals.” Someone had to be punished by the regulator. But there is no cause for the company to punish officials by denying promotions because it is not anyone’s fault,” said an official who spoke on the condition of anonymity.

Kotak appears to be sending a message that it strongly disagrees with the regulatory action by not being willing to take punitive action against the officials sanctioned by the market regulator and even promoting them. Of course, the promotions do not violate any laws. However, it raises concerns about corporate governance standards. To understand why we must examine the facts contained in the Sebi order. The devil is in the details.

According to the Sebi order, Kotak AMC entered into an agreement with Essel Group promoters and other promoter entities to extend the maturity of various Essel Group entities’ securities to September 30, 2019. As a result, investors in all six schemes were not paid the full amount at maturity, which is based on the Net Asset Value of the schemes, prompting a Sebi investigation. The company later paid each investor in full, plus interest for the delay.

The order issued by the Sebi clearly implicates Kotak officials in the case.

Nilesh Shah, Lakshmi Iyer, and Gaurang Shah approved the investment plan. According to Sebi, no mention of the issuers’ financials or operations was made in the investment plan. The investment decision was solely based on collateral analysis (Zee). The initial security cover was 1.6 times by pledge of Zee shares, and it was to be maintained at 1.5 times thereafter. According to Sebi, there is no rationale for why 1.6 times security cover is adequate collateral/coverage.

What was the transaction’s nature?

This transaction was known as a Loan against Shares because the collateral was in the form of a pledge over Zee shares. Kotak’s investment committee determined that repayment of its exposure would be funded through refinancing. According to the Sebi order, the investment committee was reassured by Essel Group’s reputation and track record in general, as well as the liquidity and performance of Zee shares.

It has been claimed that the investments are not based on the financials or business operations of the issuer companies, Konti and Edison. Furthermore, the investments were made solely on the security provided by Cyquator, a promoter group company, through the pledge of Zee Entertainment shares and the external rating of a Credit Rating Agency (CRA), according to Sebi.

Thus, it is clear from the Sebi order that there are clear violations of mutual fund rules on the part of erring officials.

The haste with which Kotak promoted officials has also been called into question. Shouldn’t the company have waited until SAT cleared its officials of Sebi charges before proceeding? The case was only stayed, not reversed.

“It would be fantastic if companies and other listed entities established a due process by independent directors, trustees, and so on who give their recommendations, taking legal advice as needed,” Thakur said. “On such delicate governance issues. And keep reviewing this until the issue is resolved with SAT or higher,” Thakur added. According to corporate law experts, such actions may raise doubts and even suspicion in the minds of lay investors about the corporate governance standards preached by firms.

The fact that SEBI imposed monetary penalties on a trustee company and an AMC, both of which are wholly owned subsidiaries of a major bank, has suggestions for financial safety.

SEBI has fined KMTC Rs 40 lakh ($50,653) for failing to protect the interests of investors in schemes that held Zee promoter company investments. Although the monetary penalty fined by SEBI is a minor slap on the wrist for KMTC, it raises the critical question of whether trustee companies tasked with establishing AMCs have adequate capital to manage the risks they manage.

Trustee companies that establish AMCs have little capital. For example, KMTC was founded in July 1994 with a paid-up equity of Rs 5 lakh and had a net worth of Rs 2.7 billion as of March 31, 2021. Because trustee companies that set up AMC have negligible staff and marginal operating expenses, their founders prefer minimal equity capitalisation.

However, if the regulator penalizes such companies in excess of their equity due to mismanagement, as seen in KMTC, the trust’s shareholders must recapitalize the company. As a result, while KMTC can easily pay the monetary penalty in this case, SEBI must insist on minimum equity capital for trustees setting up AMCs, as the mutual fund industry manages a large pool of investor savings. 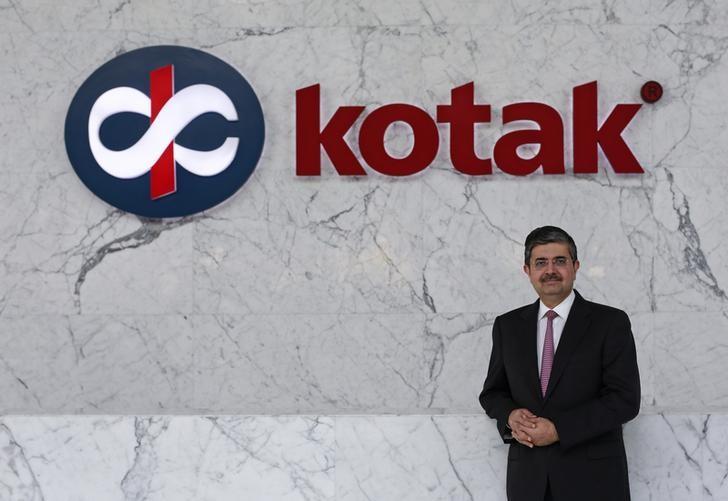 Both KMPT and KMAMC are wholly owned subsidiaries of KMB. SEBI imposed a Rs 50 lakh monetary penalty and other penalties on KMAMC in August 2021, which were partially reversed by the Securities Appellate Tribunal in October 2021, for investments in the Zee founder companies.

In this case, too, the monetary fine was insignificant, and the company could easily pay it – KMAMC had a net worth of Rs 10.9 billion in FY2021. If the regulatory penalty had been greater than the AMC’s equity capital, the parent company, KMB, would have had to recapitalize the AMC.

Furthermore, when a regulator penalizes a bank subsidiary for mismanaging investors’ savings, it raises concerns about the parent bank’s reputation. There are currently no separate capital adequacy norms in banks for providing for such risks in subsidiaries.

The Kotak Mahindra group of companies is a major player in the Indian financial sector, and KMB is the parent company that owns all of the subsidiary companies. Any transgressions and violations of the law committed by its group companies have an impact on the bank’s reputation and may result in an additional charge to the bank’s equity capital.

It is past time for the RBI to investigate these issues and implement measures to require banks to provide additional equity capital to manage such risks in their subsidiaries.