One of India’s most important economic sectors, the textile industry, contributes more than 2% of the country’s overall GDP and more than 12% of the manufacturing sector’s GDP. In addition, it is India’s second-largest employer after the agricultural industry. An estimated 45 million people are employed directly by it, and another 60 million are employed indirectly via related activities. Not only is the textile industry very labor-intensive, but it also employs a large number of unskilled and semi-skilled workers and is a significant employer of women. 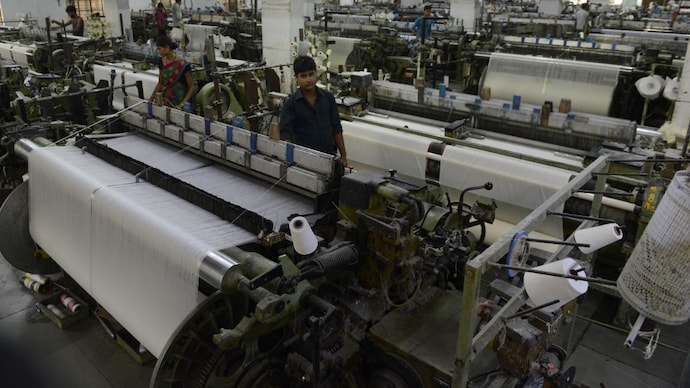 The supply chain in the textile industry is complex and extends from fiber to ready-to-wear clothing. With a 4% share of the global textile and clothing trade, India is the sixth-largest exporter of these goods worldwide.

The government has implemented many initiatives to develop the industry, including those for capacity building, technological advancement, and increasing employment generation, taking into account the potential of the textile sector to provide employment and export income. The Production Linked Incentive Scheme was introduced in September 2021 to encourage financial investments in garments and fabrics made of man-made materials.

Domestic output has been sluggish lately. Exports have been impeded by preferential tariff treatment for countries like Bangladesh and Vietnam, while the domestic economy is being negatively impacted in some areas by cheap imports from China and other countries.

The government is dedicated to boosting India’s textile exports from the current $44.4 billion to $100 billion over the following five years. To ensure an effective and integrated textile sector, this will need to resolve the issues the industry now faces. Since March 2022, there has been a steady fall in the output of textiles, as indicated by the textile sector’s Index of Industrial Production (IIP). In March 2022, the index value was 118.5; in October 2022, it was 102.3. The index value is lower on a cumulative basis from April to October 2022 than it was during the same time last year.

Textiles were one of the industries that had a sharp decline in the July–September quarter, according to estimates from the Prowess database of the Centre for Monitoring the Indian Economy (CMIE). Gross value addition (GVA) in the textile industry has decreased for three straight quarters. Textile imports have surged while output has decreased. Textile imports totaled Rs 433 billion from April to November 2022. The value of textile imports during the same time last year was Rs. 313 billion. Imports have increased recently, especially after the start of the Russia-Ukraine war, from Rs 43 billion in March 2022 to Rs 51 billion in November 2022.

The consistent increase in textile imports is not a recent development. It has its roots in recent years’ policy. Under the South Asian Free Trade Agreement (SAFTA), India authorized the duty-loose import of ready-made apparel from Bangladesh in 2006. The importation of clothing manufactured using Chinese fabrics and yarns has increased as a result of this. Bangladesh imports Chinese materials, transforms them into clothing using its inexpensive labor, and sells the finished goods to India duty-free. As a result, Bangladesh’s access to the duty-free market is enabling the unauthorized import of Chinese textiles into India.

The sector’s manufactured fiber segment, notably the viscose staple fiber segment, has experienced an increase in imports in recent years (VSF). The textile and garment industries heavily rely on viscose to produce clothes, mostly for women and children, for the home market. In 2010, the Directorate General of Trade Remedies (DGTR) recommended the application of an anti-dumping tax due to the dumping of VSF at cheap prices from China and Indonesia. In 2016, it was once again advised that the anti-dumping duty be extended.

India, a developing market rather than a less developed one, is adversely affected by the levies levied by the importing nations. Countries like Bangladesh, Sri Lanka, and African nations benefit from duty-free access, which reduces the competitiveness of Indian textiles abroad. For instance, the European Union (EU) established the “everything but guns” (EBA) program in 2001, which allows least-developed countries (LDCs) tariff- and quota-free access to EU markets for all items other than arms and munitions. After 2000, Bangladesh saw a sharp increase in its clothing exports thanks to the EBA program’s duty-free access to the EU market. While importing textiles from nations like China, Korea, India, Pakistan, Italy, and Turkey, Bangladesh has concentrated on the CMT (cut, make, and trim) production technique. India’s exports are less competitive on the international market as a result of this special tariff status.

A contemporary issue in the textile industry’s manufactured fiber (MMF) value chain is an inverted duty structure, in which the tax on output, or the finished good, is lower than the tax on inputs, causing an inverse buildup of an input tax credit. This is often reimbursed by the government, which results in a revenue loss for it but also obstructs the flow of vital operating cash for firms in the meantime.

In particular, MMF is now subject to an 18% tax, MMF yarn to a 12% tax, and textiles to a 5% tax. The 5% slab includes natural fibers like wool, silk, and others. At its 45th meeting, the GST Council decided to reverse the inverted duty structure by imposing a uniform tax rate of 12% on all textile products, except cotton. However, the decision was reversed in response to objections from the sector. The differential structure has to be streamlined to provide enhanced compliance and to make the industry competitive with counterparts throughout the world.

Pakistan’s dire economic crisis: Why PM Shehbaz Sharif is in Geneva, reaching out to the world

Apple's iPhone at 16: Why the most influential product of all time needs the next big thing?