The robot that has been on Mars for almost four years to study the early evolution of the red planet announced in a sombre tweet on December 20 that it will be leaving the planet soon.

I may be able to send this image only once because my power is so low. Don’t worry about me though; my time here has been both fruitful and peaceful,” it tweeted, along with what may have been the last image it had ever taken.

Given that NASA was aware of the machine gradually shutting down, the account’s final few tweets also followed a similar pattern. Up until a few months ago, InSight was actively engaged in its work and even identified the strongest Martian earthquakes, or “Marsquakes,” in May of this year.

What did the InSight Lander serve to accomplish?

According to NASA, there were two main purposes for the lander. Understanding the formation and evolution of rocky planets was the first step, followed by a study of Mars’ interior structure and geological processes through its various layers, including the core, the mantle, and the crust.

Second, InSight was designed to determine how tectonically active Mars is right now and how frequently meteorites strike the planet. This involved counting marsquakes, of which more than 1,300 have been found.

The director of NASA’s Planetary Science Division, Lori Glaze, stated that InSight “has transformed our understanding of the interiors of rocky planets and set the stage for future missions.” The Moon, Venus, Earth, and even rocky planets in other solar systems can all benefit from what we’ve discovered about Mars’ interior structure. So why is InSight ceasing operations?

InSight’s solar panels generated about 5,000 watt-hours per Martian day, or sol, when it touched down there in 2018. The length of a day on planet Mars is 40 minutes longer than it is on Earth. Currently, they are generating about 500 watt-hours per sol.

The diminished power is a result of the panels’ deteriorating ability to absorb energy over time. There will be more dust in the air, which would collect on the solar panels and reduce the amount of sunlight that the lander receives and its source of energy. While some dust had previously been removed, the mission would require a stronger dust-cleaning event to undo this, such as extremely strong winds.
NASA stated in May of this year that the team would soon place the lander’s robotic arm in its resting position (known as the “retirement pose”) due to the decreased power.

Who sent the robot to Mars and why?

NASA claims that there hasn’t been enough investigation into the mechanisms shaping above-ground formations beneath the Martian surface.

In addition, Mars serves as a “perfect laboratory,” according to the report, making it possible to study the larger questions about the solar system in a more practical manner. “Mars is neither too big nor too small in relation to the other terrestrial planets. As a result, it keeps a record of its formation and can shed light on how terrestrial planets formed. It is the ideal environment for research into the creation and development of rocky planets.

Even though it was also supposed to die months ago, the resourceful little Mars lander is still going strong.

NASA has been anticipating the death of its InSight Mars lander for more than a year, but as Space.com reports, a string of fortunate events have kept the brave spacecraft alive.

NASA began preparing for the beloved lander’s demise in June 2021, with experts predicting at the time that it would cease to exist by this past spring. However, by May, NASA had again postponed its demise, this time stating that it would be over by the end of the summer or, if that didn’t work out, by the end of 2022.

But despite everything, operations updates and luck have kept InSight going.

Mars is currently experiencing a season of dust storms that would typically cause a lander like InSight to lose power due to dust accumulation on its solar arrays. Scott, however, claims that this dust storm season on Mars has been unusually calm.

The InSight project manager told the space website, “We were kind of expecting that there would be some regional dust storms and that would cause a problem for us. However, based on this year’s weather, meteorologists who predict the weather on Mars predict that no regional storms will develop for at least another two weeks.

Despite the unusually warm weather for Mars, InSight is still receiving robotic palliative care, with its operators on Earth reprogramming it to pass away peacefully rather than entering safe mode. InSight’s power production has dropped steadily since its initial landing in 2018, according to Scott, and is now at just a tenth of its previous capacity. The project manager predicted that every time a storm occurred, “it’ll go down,” and eventually one of those storms would completely destroy it.

He continued, “It’ll reach a point where the battery will die and it won’t be able to reboot itself.”

Fans of InSight may not have much longer to admire the tiny lander that could, but the fact that it has also survived this long is miraculous and merits praise in and of itself. 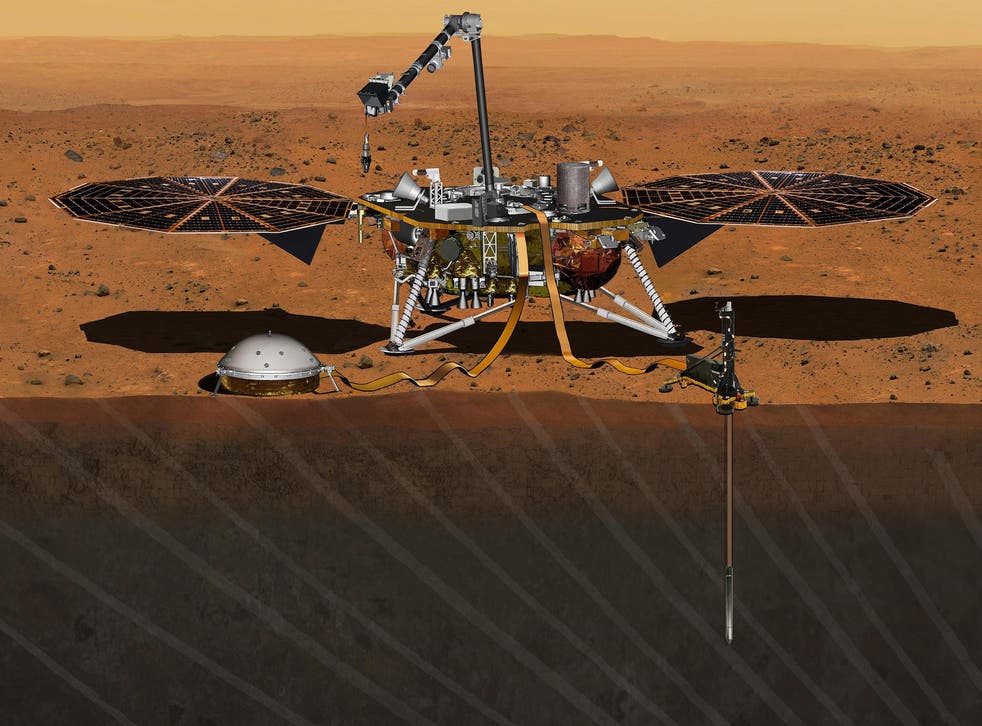 InSight is finally nearing the end of its life after serving for 1,445 sols on Mars and after detecting up to 1,3000 Marsquakes.

The lander is losing power as a result of thickening dust buildup on its solar panels, which lowers the amount of power necessary to keep it alive. This issue was brought on by recurrent dust storms the size of continents on Mars. The Opportunity rover, operated by NASA since 2003, was “killed” by the same issue in 2018.

According to NASA, InSight was contacted on December 18 and did not respond to communications from Earth, suggesting that it may have reached the end of its operational life as its power had been dwindling for months.

“The last time the mission communicated with the spacecraft was on December 15, 2022, so it is unknown what caused the change in energy. The mission will keep attempting to get in touch with InSight “In a report, NASA stated.

The mission controllers delivered a message from the lander, which was sent separately. “I may be able to send this image as my power is extremely low. Don’t worry about me though; I’ve had a productive and peaceful stay here. I’ll keep talking to my mission team if I can, but I’ll soon be saying goodbye here. I appreciate you staying with me “Team members tweeted.

How natural gas is traded in Europe?

Payback time for zero-Covid: Why China’s problems with the virus could be due to its hard approach to the pandemic?