Zomato and Swiggy, two competitors in the food-tech market, had a clear startup until three years ago.

Zomato, which was established in 2008 in the National Capital Region, changed from being a website for finding and listing restaurants to a food-delivery app with a strong brand identity. It was 44 times oversubscribed when it went public in July 2021.

Swiggy, in contrast, debuted in Bengaluru in 2015. But right from the start, a hyperlocal logistics platform created a meal delivery service that, in five years, would surpass Zomato’s top line.

In a SEED TO SCALE Podcast episode from April 2018, Swiggy’s CEO Sriharsha Majety recalled, “We had to build a logistics firm that used technology to deliver consumer joy. That was how Swiggy started.”

Before making the switch to becoming a meal delivery company under the moniker Swiggy, Bundl Technologies started out as a logistics aggregator.

The first was Swiggy Stores, a platform where grocery and supply stores could be found by clients using the Swiggy app. The second was a Dunzo-style pick-up and delivery service. The third was a market for meat shops. 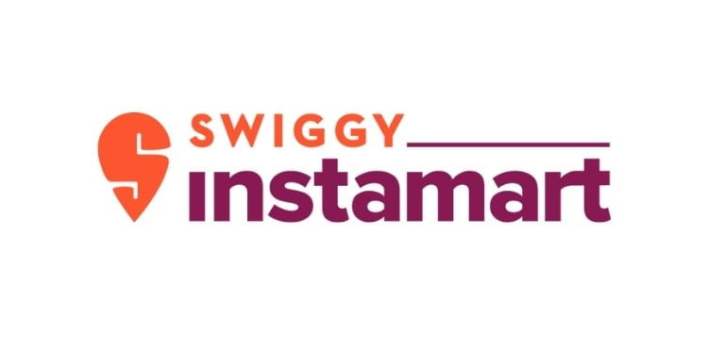 InstaMart took over in August 2020 after Swiggy Stores failed to take off. The delivery of groceries and other supplies can now be scheduled through Swiggy in 28 cities. The pick-up and drop-off service Genie and the meat-shop marketplace on Swiggy have expanded to 68 and 15 cities, respectively.

Has it been successful in diversifying? At least 25% of Swiggy’s gross merchandise value (GMV) in November 2021, according to Sriharsha, came from non-food companies. Restaurant commissions and advertising costs account for the remaining 75%.

In light of this, Zomato has been trying to acquire the quick-commerce company BlinkIt. Given that Zomato has evolved into a platform for hyperlocal logistics, the distinction in DNA no longer exists.

According to a November 2021 HSBC Global Research research titled “Next Generation Logistics,” “Potential victors (in hyperlocal logistics) will need to be diversified across food, groceries, and pharmaceuticals deliveries, and possibly even e-commerce as well.”

It specifically mentioned Zomato’s FY21 delivery fee of Rs 50 for each order. According to the research, “We and the Street estimate it to drop to INR40 per order by FY26, mostly driven by greater volumes. Lower delivery costs per order would result from better targeting and grouping of orders due to higher volumes. The report continued, “Growth in food delivery orders and diversification into groceries and other categories should enhance order grouping and reduce riders’ idle time.” 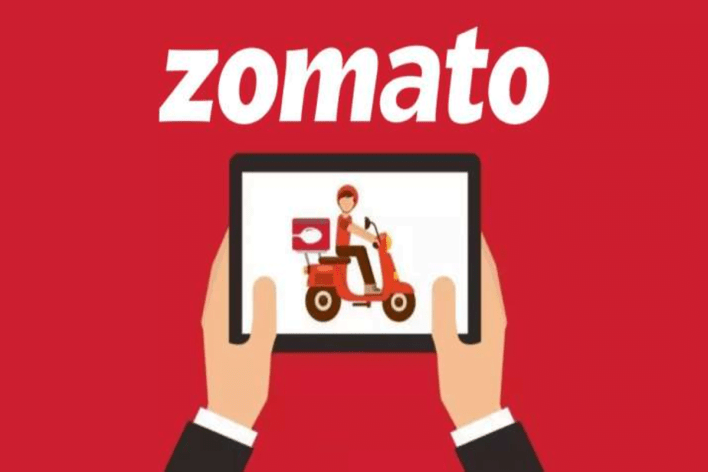 Zomato’s delivery charges, or the money it receives from clients as delivery fees and distributes to its 316,000 delivery partners, show how the company has evolved from a food-tech startup to a logistics platform.

Zomato’s operational revenue can be subtracted from its “adjusted revenue” to determine the delivery fees. Compared to its operating revenue, which increased by 17 per cent over the same period, its delivery charges increased at a compounded rate of 37 per cent between FY20 and FY22.

Zomato’s outsourced support costs increased 1.4 times to Rs 855 crore in FY22, while its delivery-related costs increased 3.5 times yearly to Rs 1,814 crore. (The availability charge that Zomato pays to its delivery partners is included in the “Outsourced support cost”). Both of these things are listed in the profit and loss report as “other expenses.”

Zomato is undoubtedly preparing the market to value it as a diversified hyperlocal delivery network. In July 2021, it made a public trial programme for groceries in Delhi.

However, Zomato is now effectively catching up to Swiggy as a logistics platform, and it needs BlinkIt to increase its GMV in the non-food areas. Zomato management spent a lot of time outlining its quick-commerce philosophy in its first earnings call following the IPO on May 24, 2022.

Deepinder Goyal, CEO and Managing Director of Zomato, told equities analysts that “customer cohorts for quick-commerce enterprises are very good. I claim that some of these consumer groups are superior to our current food industry.”

Zomato’s CFO, Akshant Goyal, added: “We see it as a larger commercial play. One of the possible categories for clients to purchase on our platform is groceries.”

A network of micro-warehouses, sometimes known as “dark stores,” that are run by Zomato and BlinkIt form the foundation of the quick-commerce concept. According to a venture-capital investor in Mumbai who asked to remain anonymous, “While Zomato can aspire to raise the bundling of orders per delivery partner with rapid commerce, the largest difficulty in the category is wasting of fresh produce.”

In the last ten months, Zomato has made a few strides to increase its interest in BlinkIt, the most recent incarnation of hyperlocal logistics startup Grofers. In the same way that rumours about Grofers’ passing were overblown during the previous five years, in the last two quarters, there have been numerous rumours about Zomato purchasing a revived BlinkIt. Grofers’ rebranding as BlinkIt is an attempt to boost sales quickly.

Zomato accidentally revealed a Blinkit-related fact in a statement made in March of this year to announce an investment in the food-robotics business Mukunda Foods: It planned to offer Grofers India a $150 million loan.

During the May results call, BlinkIt was inevitably the subject of inquiries from a number of equity analysts. Example: The management of Zomato was questioned on the unit economics of fast trade by Sachin Salgaonkar from Bank of America.

Akshant informed the analyst that it was too soon to provide details about individual unit economics levers and their current trends. The only access we currently have to Blinkit data is as a shareholder; thus, neither we nor we are authorized to share the data with you.

Zomato’s management anticipates backing from investors, given that it is a publicly-traded company. However, if the BlinkIt deal goes through, Zomato’s management will have to show a way to become profitable despite incorporating a loss-making BlinkIt.

While all of this is going on, Swiggy began a test programme in early June called “Minis” to help Swiggy users find direct-to-consumer products in seven different categories (personal care, electronics, home and décor, bakery, gourmet and organic, pet care, and jewellery).

Swiggy’s diversification is still organic even though the Minis pilot is just in Bengaluru and Mumbai. 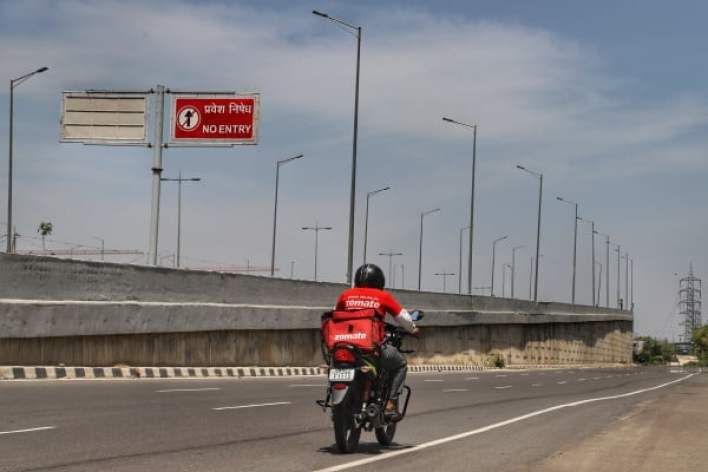 Swiggy’s goal when it piloted Genie was to make use of its delivery partners’ downtime between lunch and dinner orders.

The idea behind Quick Commerce is to boost the bundling of orders for delivery partners at the dark stores, which can convert into increased order value for quick-commerce providers. Quick Commerce, or what started as an outlandish promise to deliver products in 10 minutes by the likes of Zepto. In theory, that is.

According to the Mumbai-based VC investor, “FMCG products increase the ability to process numerous orders per hour from a single delivery partner.” Therefore, quick-commerce counterpart can make three or four deliveries per hour as opposed to the 0.5 orders per hour that her food-delivery companion could (due to the time it takes restaurants to cook a meal).

This increases the use of delivery partners, which saves Zomato and Swiggy a lot of money. The investor continues, “There is also a bigger margin from FMCG products compared to the margins in the food-delivery sector.

In order to reduce costs and replace the distributors, the quick-commerce strategy necessitates that BlinkIt and Swiggy enter into agreements with FMCG firms like Unilever and P&G. The gross margins profile is widened by this.

Last but not least, rapid commerce enables companies like Zomato or Swiggy to monetize advertising on their platforms, according to the investor. “Keep in mind that FMCG marketing budgets are several times more than what the largest restaurants can muster.”

However, compared to clients who plan supermarket buys to take advantage of bulk pricing, order volumes in rapid commerce can be minimal.

Swiggy has handled InstaMart for almost two years. Because its financial reports for FY22 are missing, it is unknown what effect its quick-commerce operation has had on its net loss. It cut its net loss from Rs 3,920 crore in FY20 to Rs 1,617 crore in FY21.

Zomato, which is planning an IPO, cut its net loss almost threefold from Rs 2,386 crore in FY20 to Rs 816 crore in FY21. However, that increased to Rs 1,222 crore in FY22, even though it decreased burn-in food delivery for three consecutive quarters of the fiscal year.

“A few quarters of here and there in terms of getting to EBITDA breakeven at a group level is fine,” Akshant told equity analysts in May 2022. “Our food delivery business is increasingly becoming profitable, and we are allocating a reasonable budget for our foray into quick commerce as and when we do it.”

When asked how to transition Zomato’s leading food company (apart from the hyperlocal aspirations) to an EBITDA-neutral operation, Deepinder responded, “There are no deadlines for this. Actually, we are working in an as-soon-as-possible mode.”

But if Zomato buys BlinkIt to fight the quick-commerce war, it will be underestimating the level of competition. Swiggy, which Prosus support, won’t be its only issue. Reliance JioMart, which owns the Reliance Retail supply chain in addition to a small investment in the hyperlocal delivery platform Dunzo, must also be considered.

JioMart has the financial capacity to sustain long-term competition in rapid trade. Swiggy’s natural diversification and status as a privately held company work well for it. However, Zomato’s diversification will become apparent to the public quarter after quarter.