India’s economic growth is to be supported by fiscal spending, says Nirmala Sitharaman.

On Monday, Finance Minister Nirmala Sitharaman stated that fiscal spending would drive the country’s economy. Sitharaman said BRICS should proceed to provide a base as a platform to engage in dialogues and facilitate the interchange of experiences, concerns, and ideas for rebuilding an equitable and resilient economic growth trajectory while participating or engaging virtually in the 2nd BRICS Finance Ministers and Central Bank Governors (FMCBG) having to meet under China’s chairmanship.

She noted that fiscal spending and an industrial push would continue to boost the morale of India’s economic growth, giving the country momentum based on the principle of macroeconomic growth complemented by all welfare at the micro-level. In the current fiscal year, the government proposes to considerably increase public investment by increasing capital spending by 35.4 percent to Rs 7.5 lakh crore, or 2.9 percent of GDP.

India’s economic development would continue to be backed by fiscal spending and an investment push, according to Union Budget and Corporate Affairs Minister Nirmala Sitharaman. Nirmala Sitharaman attended the second meeting of the BRICS Finance Ministers and Central Bank Governors today.

During the virtual conference, BRICS should keep acting as the venue for debate and the practical experiences, concerns, and ideas for reconstructing an equitable and resilient growth trajectory. Discussions on the results of the BRICS Financial Cooperation Plan for 2022 were on the agenda for the meeting. The BRICS Joint Finance Ministers and Central Bank Governors Statement, Investments In infrastructure, the New Development Bank, and the BRICS Think Tank Network for Finance were the topics discussed. 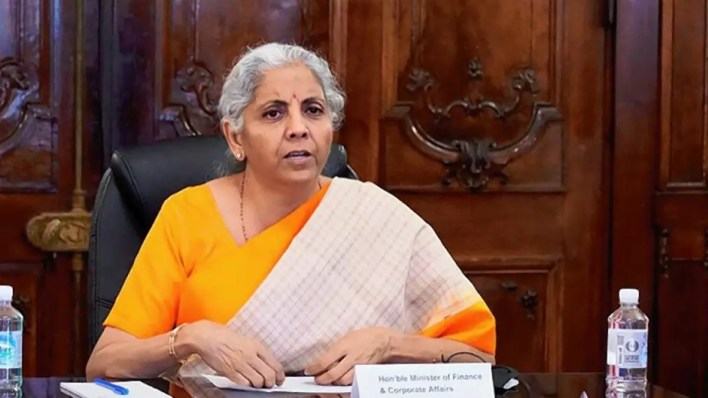 Nirmala Sitharaman, who oversees government spending every 15 days, has stated that she will press state companies to increase spending. Economists predict that increased spending and lower tax collection will widen India’s budget deficit to 8% of GDP this fiscal year.

In an interview with Bloomberg TV, she stated that the stimulus expenditure would not be phased off quickly. She went on to say that the central bank had done an amazing job of balancing things out.

“For the time being, I’m not going to let the budget deficit number disturb me,” Sitharaman added, “because there is a need, and a clear necessity, for me to spend money.”

Sitharaman, who analyses government spending every 15 days, has stated that she will push state companies to spend more quickly. Last month, Prime Minister Narendra Modi increased support legislation to 30 trillion rupees ($120 billion), or 15% of the industry, to help enterprises and save jobs lost due to the coronavirus outbreak, adding to a $12 trillion global stimulus package.

Economists predict that increased spending and lower tax income will widen India’s budget deficit to 8% of GDP in the current fiscal year, more than double the objective of 3.5 percent.

Following the minister’s notes and remarks, different equities and rupees rose, but government bonds remain unchanged. As of 10:30 a.m. in Mumbai, the s&p BSE Sensex had gained 0.6 percent, while the rupee had the advanced 0.1 percent against the dollar.

“We need to do an analysis for the following year,” she added ahead of the February 1 deadline for the next coming fiscal year’s budget. “I’m not sure I’ll be able to cut costs right now.” it will have to be a delicate balancing act because the economy’s momentum must be preserved.”

According to analysts like the Kanika Pasricha of Standard Chartered Plc, who estimates the headline financial impact at roughly 1.3 percent of GDP, India’s economic support package consists primarily of loan guarantees to different firms, with the actual financial cost to the government being major lower.

India’s borrowing target for the year ended March was upped to a new high of 13.1 trillion rupees. S&P Global Ratings and Fitch Ratings earlier stated that the economy’s new borrowings had no impact on their assessment of India’s sovereign credit rating.

“Government spending is critical to getting the economy back on track, and governments all around the world are doing so,” added Deven Choksey, a researcher with Mumbai-based KRChoksey Asset Managers Pvt. “The marketplaces are likely to stay flooded with liquidity, and the deficit can be addressed later.”

Countries that used stimulus spending of up to 20% of GDP are now resorting to higher taxes, Sitharaman said, noting that the Modi government’s policies were functioning proper for India and assisting in the recovery of the economy, which is now in recession.

India’s GDP contracted at a slower-than-expected 7.5 percent in the third quarter, compared to a record 24 percent decline in the previous quarter. A flurry of high-frequency data also points to a steady recovery in different activities throughout the services and manufacturing sectors, which are the economy’s main engines.

Both the IMF and the central bank, according to Sitharaman, “have very clearly seen great recovery happening.” “From the start of the following fiscal, I see a prolonged good positive recovery.”

The Indian economy is expected to increase by 8-8.5 percent in the coming financial year, according to the Economic Survey 2021-22, which was tabled in Parliament on Monday by Finance Minister Nirmala Sitharaman. This follows a 9.2 percent expansion in 2021-22. When opposed to recent IMF and World Bank estimates, the Survey’s expectations sound proper. The IMF expects the economy of India to grow at 9%, while the World Bank expects it to grow at 8.7%. The situation that the Survey, the Ministry of Finance’s yearly flagship paper, does not explore the uneven character of the economy in greater depth is regarding. The persistent labor market difficulty, the dramatic growth in inequality, and the ongoing financial stress among MSMEs, especially those functioning in the informal economy, are all concerns that need to be thoroughly investigated.

While the Survey aims to present that India is in a better position in terms of macroeconomic stability than it was during the international economic meltdown and the taper crisis, it is unclear how quickly the rebound will repair the scars left by the pandemic.

Active COVID-19 cases in country rise to 26,976, Has Another COVID Wave Hit Country?