Food shortages in the United Kingdom

The world dealt with the Covid-19 crisis in its own unique way and the recovery journeys have been equally peculiar for different countries. Some weighed the “lives vs livelihood tradeoff” in the direction of the former so much so that they set examples for the world, like New Zealand and Australia, while the others were cuffed by the hands of their crippling economies, hence prioritizing livelihood over lives, like India.

While the eventual actions had been intrinsically different, there was some degree of homogeneity in the actions taken by the advanced world and the emerging economies. It is because the former had the resources for the provision of required aid, while the latter didn’t. However, standing out of the advanced economy pool was one of the largest world economies- the United Kingdom, whose primitive policy actions shocked the world, and not in a very good sense. While other countries were rushing afar to impose nationwide lockdowns in their respective economies, the country of the United Kingdom was mobilizing steadily, with some behavioural nudges put in place. To perceive a clearer picture, allow me to introduce a behavioural concept called ‘behavioural fatigue’ to you.

In the branch of economics that deals with the behaviour of the people, behavioural fatigue is defined as the tendency of people to act in a manner that is not reasonably rational, despite knowing better. While we can think of a number of examples supporting this phenomenon during the pandemic in our country itself, there have been no explicit pieces of evidence yet defined for the theory. Nonetheless, the Behavioural Insights Team of the United Kingdom formulated policy at the beginning of the pandemic considering this very theory.

According to a segment of information dispersed by the prime minister of the country, he cleared that the country would be able to achieve herd immunity once the curve reaches its peak, and if people are forced to stay in till, then, as per the phenomenon of behavioural fatigue, they would be more willing to go out, which is more harmful. As a result, the lockdown was supposed to be imposed at a more critical time, making the country more eligible for immunity. 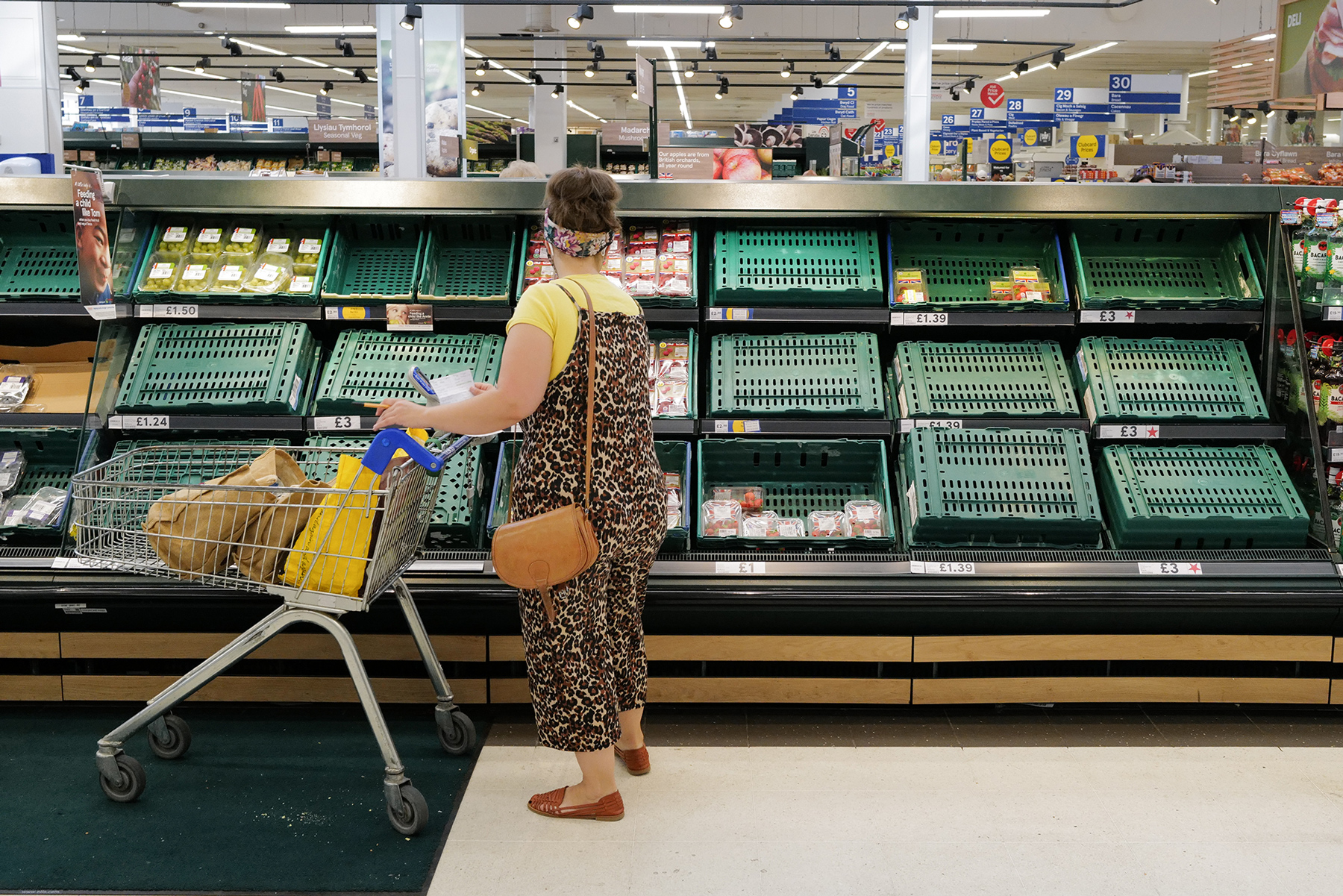 What worked as a twist in the story, however, were the distinct mutations of the virus, eventually making herd immunity unachievable. Things, to no one’s surprise really, did not go well and the country had to stay in lockdown for a much longer time due to a mounting pile of active cases and deaths. This wasn’t the only outlier in the good performance list of advanced economies, but definitely a significant one. Not a great decision on the United Kingdom government’s part, was it?

And well, looks like the government is, in fact, having a hard time making good decisions after all. I mean, the Brexit drama has been written in bold letters in the world history of mockery, hasn’t it?

Nonetheless, these two bad decisions are collectively leading to implications in the current United Kingdom economy, in the form of labour shortages and food shortages.

There has been a fundamental shift in the behaviour of labour markets, resulting in shortages of the labour force in the food industry and of truck drivers in the economy. A peek of this is revealed from the empty shelves in the general stores of the United Kingdom localities. I mean, the world is having a hard time keeping up with the pandemic, alas. 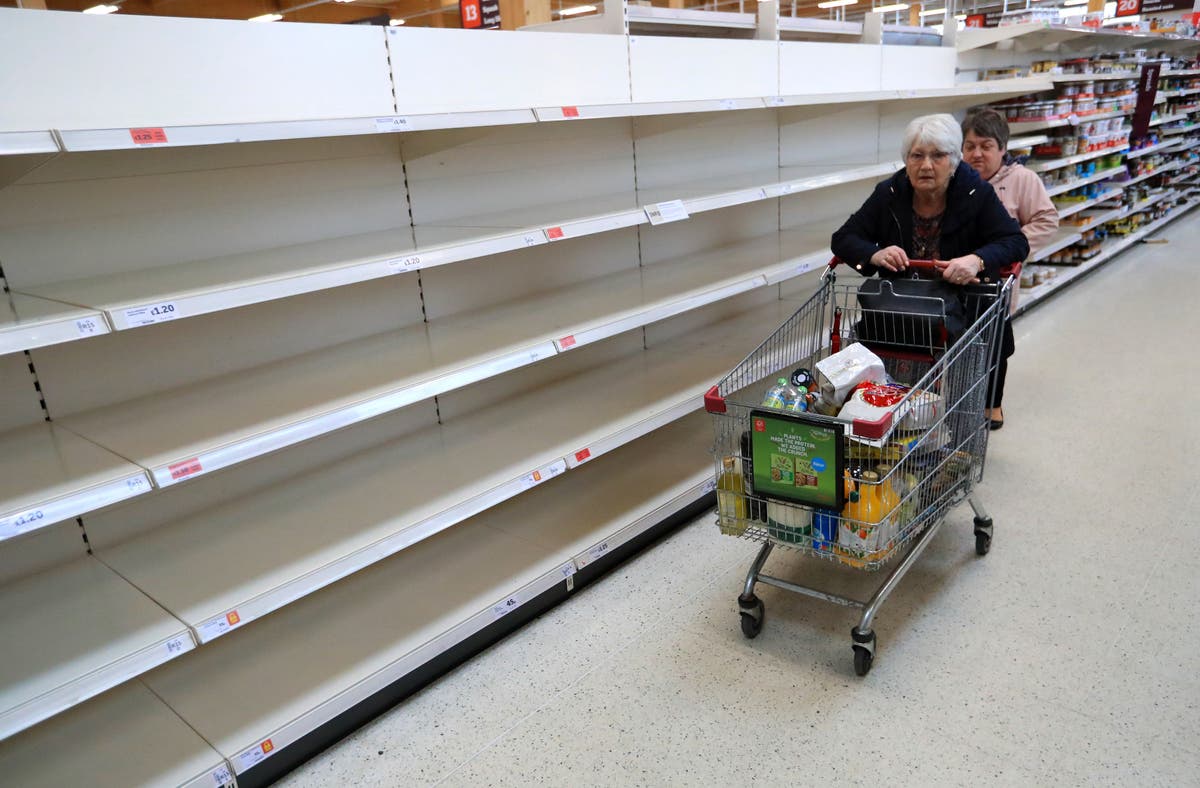 Labour shortage in the United Kingdom-

As per the statements made by Ian Wright, the head of the Food and Drink Federation of the United Kingdom, the country might as well be heading into a permanent shortage in the supply of some products, despite the United Kingdom government’s consistent denials of the same. Well, who would you choose to believe? Experts in the industry or the government?

This means that starting today, the firms in the United Kingdom would have to prioritize what they want to produce given the labour shortage. This has already taken effect, as can be seen from the halt of milkshakes in the 1250 McDonald outlets in the country due to a shortage of truck drivers. Not only that, Nando’s had to close down the operation in some of its stores in the United Kingdom since it ran out of the stock of chicken to supplement the required production.

During the big old Brexit debacle, it was brought up that the United Kingdom’s authorities are putting at risk the country’s food security, raise the cost of food in the already high-cost country, and reducing access to food. Well, looks like their argument did carry weight because that’s exactly what is happening in the country. And if the shift is permanent, it may not be good news for the country or the world as a whole.

As per a report published on the BPC website, “Hospitality is getting much of the media attention but work backwards down that chain: logistics are compromised because of a shortage of lorry drivers, food processors and manufacturers cannot get enough people in factories, farms do not have the people to pick and catch”.

A recently made announcement by the British Meat Processors Association iterated that there have been staff and skill shortages in the industry, owing to which food production has been hampered. With the approaching festive season, i.e., Christmas, the food shortages are resulting in distortion of the production schedules, with the meat companies being six weeks behind the said targets, as per British Meat Processors Association.

“It now looks inevitable that there will be a shortage of the more complicated lines like pigs in blankets and gammon roasts. Given the current workforce shortages, meat companies are finding it difficult to see how they’ll dig themselves out of this,” BMPA said.

BMPA also said that the problem of workforce shortage, which is nearing about 15 per cent, has been exacerbated because some retailers are paying sign-on bonuses to poach drivers from their suppliers. This, in turn, is making it difficult for manufacturers to move their products to distribution centres, and also transport ingredients and goods to manufacturing sites, BMPA noted.

“To add insult to injury, those same retailers are then charging a penalty to their suppliers for failure to deliver,” it stated.

More than the why of this problem, it is important to answer who is to be blamed for the problem, because it’s not something that appeared out of the blue. In April, the Road Haulage Association (RHA) called for urgent government intervention to ease the driver shortages, which were made worse by the IR35 tax changes, which became applicable from April 2021 onwards.

In a statement, the RHA said, “The situation was critical even before the pandemic with many EU truckers heading home for obvious Brexit-related reasons. Add to that the complete failure to test new drivers during lockdown which left a backlog of thousands of tests – and potential drivers sidelined. Covid-19 saw the introduction of IR35 delayed by one year but it’s now hitting many firms and drivers.”

The RHA has called on the government to clear the backlog of driving tests and to put lorry drivers onto the occupation shortage list. This can help fill gaps by drivers from the EU and other countries, and address the need for driver facilities.