How Do Tax-Free Countries Make Money?

Imagine if you didn’t have to pay property taxes, income taxes, corporate taxes, sales taxes, direct taxes and indirect taxes, and even water taxes. Would it be smooth sailing? Irrespective of wealth or poverty, everyone is obligated to pay taxes! Income taxes are mandatory contributions to the federal government.

Taxpayers are responsible for contributing a specific percentage of their income as tax to pay for the items they buy through the Good Services Tax.

Everyone has to pay taxes, including the affluent, and the poor pay according to their income. Historically, taxes were established to generate revenue to boost the country’s economy and raise the living standards of its citizens. Is there a tax system if no tax system exists? And how does the government handle the issues faced by low-income residents? Tax-free countries are listed here and how they earn a decent living without making significant contributions to the economy. 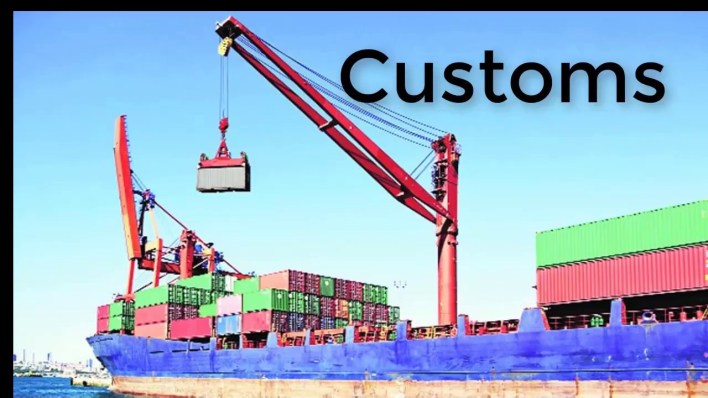 A tax-free government can generate revenue by imposing tariffs on imported goods, and it is the easiest and most effective way of doing so. Indirect taxes imposed on commodities brought into the country are known as import duties or customs duties.

Through the circulation of imported goods, the government will be able to increase revenue and regulate commodities in the country while at the same time protecting the indigenous industry.

A government imposes customs duties on imported goods in five ways, including: Registries and renewals for corporations:

Our country imposes a corporate tax on high-profiled business entities. However, tax-free countries don’t charge for incorporation; instead, they require that newly incorporated businesses register with them within a certain period of time.

Moreover, maintaining the status of an operational entity requires businesses to pay annual renewal fees, which vary depending on the type of business they own. Financial institutions, such as banks, insurance companies, and mutual financing corporations, for example, should pay additional annual renewal fees to remain competitive.

Many nations require foreign companies operating in their jurisdictions to pay fees for registration and renewal, including Kuwait, Brunei, the UAE, and others.

Tax havens and offshore financial hubs are countries or jurisdictions that have reduced tax liabilities for foreign individuals and corporations. Companies and individuals do not have to operate outside their home country to benefit from tax havens.

Countries that have tax havens benefit from attracting funds to their banks and other financial institutions, which can then be used to develop a robust financial sector. Businesses and individuals benefit from tax savings, which range from zero to low single digits compared with high taxes in their home countries.

Many people consider Luxembourg to be the best tax haven in the world. One-fifth of the $30 trillion worth of banking assets around the world are located in the Cayman Islands. Neither property, income, or payroll taxes are levied on Cayman Island residents, nor is there any corporate tax.

The Cayman Islands are attractive to hedge fund managers because of the absence of corporate and income taxes. Companies with subsidiaries in the Cayman Islands include Pepsi, Marriott, and Wells Fargo.

An airport tax is a fee an airline passenger must pay in order to use the airport. Departure taxes are usually charged by countries when people leave the country. Some countries charge departure taxes only to those who fly out of their country. In addition to paying the tax at the airport or using another prepayment method, the tax can also be charged to the airline and included in the price of the flight.

There are a number of nations that collect departure taxes, as follows:

Tax-free countries in the world:

Here are a few countries where there is no income tax:

Emirates residents are not subject to income taxes, so they are able to earn tax-free wages. Arab countries possess abundant natural resources, such as oil, and are popular investment destinations because of their free trade zones that are open to foreign ownership and do not have taxes.

All other industries are exempt from corporate tax, except international banks and oil companies. Value Added Tax will be imposed on nearly all goods and services beginning in 2018 instead of excise duty. Despite being a leading brand in the industry, Emirates Airline contributed 3.044% GDP to the GDP of the UAE in 2022.

Arab countries allow individuals to generate income without paying taxes. On the total state income generated by commercial activities, a ten per cent company tax is imposed. Ten per cent is the rate for rental income.

With its tax-free atmosphere and sophisticated infrastructure, the country attracts a large number of ex-pats. Tax laws in some countries, such as those in the United States, the United Kingdom, Australia, Canada, Ireland, and South Africa, are applied to citizens.

Taking advantage of the country’s tax-friendly legislation, foreign financial institutions and commercial interests find the country attractive. Income from corporations and individuals is not taxable.

Businesses operating in the Bahamas are only responsible for corporate taxes if they generate income within the country. Capital gains, inheritances, and wealth are other tax-free categories. Residents of the country can enjoy tax-free income regardless of their citizenship status.

Monaco is known as a tax haven due to its favourable tax regulations for individuals and businesses. Personal incomes are not taxed in Monaco. Monaco does not provide tax income for residents who live there for six months or longer. Furthermore, there are no taxes levied in this city-state on capital gains or net worth.

Monaco residents are exempt from paying any property taxes, but rental apartments incur a 1% yearly tax. Business taxes do not apply in Monaco. A tax is only imposed on businesses with more than 25% of their earnings made outside of the country.

This favourable tax regime, in combination with a solid commitment to financial confidentiality, makes the country a beautiful place for foreign investors and ex-pats.

These Gulf countries have permissive tax regulations and pro-business policies. Residents and non-residents are not taxed on their personal income. Among the tax-free rules are things such as wealth and capital gains. Enterprises and businesses are taxed 15% on their taxable income. Businesses related to petroleum, on the other hand, are taxed at a rate of 55%. Residents of other countries are taxed as well.

The Persian Gulf country of Bahrain is a tax-free nation that derives much of its income and government revenue from oil production. To become a citizen of Bahrain, you must be at least 65 years old, have to spend $135,000 on real estate, or invest $270,000 in a Bahraini business.

The thriving tourism industry makes it hard for the Maldives to tax its citizens, so there’s no real reason to do so. It is nearly impossible to establish citizenship or permanent residency in the country since the country does not offer a system for foreigners to become permanent residents. If so, a Sunni Muslim would have to convert. Further, Maldives is a popular destination for tourists, making it a significant source of income for the government.

It accounts for approximately half (60%) of its GDP from oil and natural gas reserves. Brunei is a small Asian country. Brunei provides free education and health care to its citizen’s thanks to its high GDP rate, although it costs much more to live there permanently than to rent in the country. Brunei does not impose a social security tax on its citizens. Instead, each individual contributes 5% of their income to the state provident fund.

Among the countries that have a high foreign exchange rate and that are tax-free is Kuwait. According to the government of this country, oil production counts toward Gross domestic product in a positive way. Kuwait has no personal income tax, wealth tax, or sales tax; however, international companies must pay fees to establish corporations in Kuwait.

Bermuda Island, like the Cayman Islands, belongs to the British Overseas Territories. Tourism accounts for more than 70% of the Cayman Islands’ GDP, which means the government can make money through it. There are no direct taxes, property taxes, payroll taxes or other taxes in Cayman Island, which provides residents with a normal lifestyle.

Because of its abundant natural resource of phosphate, Nauru is one of the wealthiest countries in the world. The government likewise runs an Economic Citizenship Program, which requires citizens to pay a nominal fee, thus allowing the government to raise revenue from its citizens as well.

Saint Kitts and Nevis is a region in the West Indies that is more known for tourism and sugar production. While many sugar factories closed and sugar production was lost, the country still managed to maintain a high standard of living and became one of the world’s highest debt-to-GDP countries.

Due to its splintered government and political instability, Somalia is known for being a dangerous country. Livestock and telecommunications generate revenues for Somalia, which has a 10% sales tax.

Almost two-thirds of Vanuatu’s population are employed in its agricultural sector, which generates the country’s GDP. In addition to farming, Vanuatu’s economy is dominated by offshore financial services, tourism, and fishing.

People’s taxes remain an essential resource that contributes to the proper operation of governments in many countries. It is the only tax-free country among such countries.

A variety of activities are carried out in these countries, including customs, agriculture, fishing, investments, natural resource production, and livestock. Their tax-free status does not prevent their citizens from living everyday life.

What is the source of income for countries without taxes?

Among the ways countries with no income tax make money are customs and import duties, departure taxes, and corporate registration fees.

What countries are tax-free?

Best Guide to Find and Hire Developers for Startups in 2022