Investors in the international bond and equities markets were first alarmed by the US retail inflation print for June, which reached a 41-year high and was published on July 13. Consumer prices increased at a pace of 9.1%, which was majorly higher than experts had expected. This increased market scepticism that the US central bank is seriously lagging in its efforts to rein in runaway prices.

The market’s response was to swiftly take into account the historically unlikely scenario that the US Federal Reserve will be increasing interest rates at its meeting scheduled later this month by 100 points, to 2.5-2.75 percent as when compared to 1.5-1.75 percent. 0.01 percent is represented as one basis point.

Raphael Bostic, president of the Atlanta Fed, told the media, “Everything is in play.” “Today’s figures indicated that the trajectory is not changing for the better. According to Bostic, according to Reuters, the actual question is how much adaptation I need to do.

President Joseph Biden dismissed the figure, claiming that the information was probably “out of date” and did not account for the recent drop in retail fuel costs.

However, for investors, an increase of a percentage point in US interest rates will have effects on not only the US economy but the global economy because of the impact on US imports if the US economy enters a recession.

Famous hedge fund investor Bill Ackman tweeted, “aggressive Fed (interest rate hikes) will drive us into a recession by year-end.” Currently, market players are pricing in three rate percent hikes of 100 basis points (bps) each in July, September, and December, which will raise the Fed fund futures to   3.75–4.0% by the end of the year.

The Fed’s own members predict that interest rates will increase across this year, remaining stable for all of 2023, then decrease somewhat in 2024. According to the market, the Fed may be obliged to cut interest rates as soon as March 2023.

According to CME’s Fed Fund Futures Watch, traders are banking on the first 25 percentage point interest percentage decrease to occur in March, followed possibly by a second cut in July 2023. When the economy enters a recession, “the market appears to believe that the Fed will act because did in the before three recessions by promptly easing,” Ackman said.

The US stock market’s recovery overnight following losses of more than 2 percent and the vigor of Asian markets today reflect market expectations that the Fed will unleash its money policy bazooka far faster than the central bank would prefer.

See also  MIT is reviewing its relationship with AI startup SenseTime, one of the Chinese tech firms blacklisted by the US

According to CME’s Fed Fund Futures Watch, traders are banking on the first 25 percentage point interest rate decrease to occur in March, followed possibly by a second cut in July 2023. When the economy enters a recession, “the market appears to believe that the Fed will act because it did in the before three recessions by promptly easing,” Ackman said.

The US stock market’s recovery overnight following losses of more than 2 percent and the vigor of Asian markets today reflect market expectations that the Fed will unleash its money policy bazooka far faster than the central bank would prefer.

According to Vivek Kumar, an economist at QuanEco, “This could once again prompt strong money policy reaction from the Federal Reserve, enhancing the chance of another 75 bps rate rise in their scheduled policy review later this month.”

At a news conference held last month, Fed Chair Jeremy Powell stated and made it quite clear that the institution would hold off on rate increases until it had “compelling evidence” that inflation was slowing.

Numerous experts have also stated that the Federal Open Market Committee (FOMC), which will meet on July 27, should raise interest rates as a result of the US’s rising inflation. The FOMC, a committee of the Federal Reserve, determines US interest rates. Analysts predict that the FOMC will raise US central bank by at least 75 basis percent at its meeting later this month. 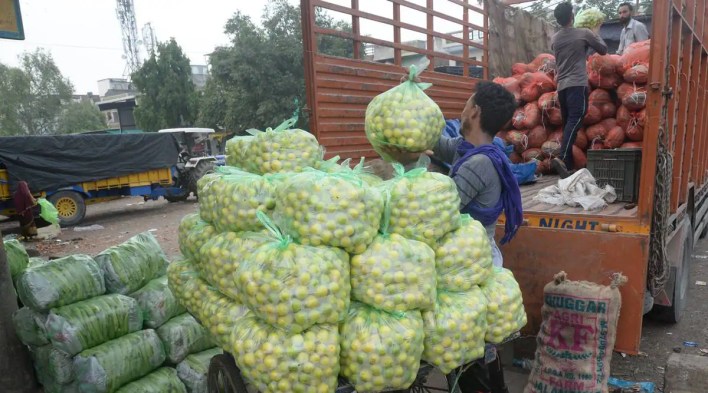 The US Federal Reserve’s aggressive monetary policy will continue to put pressure on emerging economies through the channels of capital outflows and exchange.

This might have three effects on India. First, given that the interest percentage gap between India and the US is closing, India would lose some of its allure to be a location for currency carry trade. A churn in developing market equities due to greater returns in the US bond markets might affect international investors‘ enthusiasm for investing in India. Thirdly, withdrawals from Indian equities and debt markets could have an effect on currency markets.

Per to new data from the US Department of Labour, consumer prices have risen by 7.5% over the other year. This country’s inflation rate has been the highest in 40 years. On the supply side of the equation, the rising labour cost, the scarcity of products and services, and supply chain issues have contributed to inflation.

Strong demand was fueled by the US Federal Reserve’s fiscal stimulus program, US government help, cheap borrowing costs, and the country’s quick economic recovery. The Inflation in the United States has been caused by a demand-pull imbalance between the supply and demand. For a major amount of the other year, the US Federal Reserve maintained an accommodation position. Still, more recently, it has been suggested through hawkish pronouncements on interest rate rise to contain inflation in the country.

However, the record-high US inflation does bode danger for India, even though the 7.5 percent inflation may not seem severe to many Indians who, for the most part, remember CPI inflation reaching as high as 12.31 percent in the immediate aftermath of the 2008–2009 economic crisis.

When purchased by India, the prices of these commodities will rise along with the cost of goods in the US. The rise in global (read: American) inflation has an impact on things like edible oils, beans, and fuel, most importantly. This concern—the issue known to be imported inflation—was mentioned in the annual Economic Survey.

The rising cost of energy continues to alarm the government because India is a net importer and must pay astronomical costs to buy crude oil. The US Federal Reserve will, however, be even more aggressive in its approach to boosting interest rates as a result of the record-high inflation. In a recent interview with Bloomberg, James Bullard, president of the St. Louis Federal Reserve, expressed his desire for an increase in interest rates of one whole percentage point. In the forthcoming meeting in March, experts and analysts have predicted that there will be an increase of at least 50 basis points.

Regardless of forecasts, it appears practically transparent that the US central bank will increase interest rates across the year to control inflation. When interest rates rise, investors begin withdrawing funds from riskier investments, including shares, commodities, and overseas markets. The Reserve Bank of India(RBL) may have to raise its interest rates to fend off the capital flight as money exits the world to be parked in US bank accounts. Even when the dollar strengthens due to the rate rise, the rupee could drop if international investors (FPIs) withdraw their funds from the stock and bond markets.

An increase in interest rates in India results in less money being used to buy goods and services, suggesting that the rupee is becoming more expensive and the value of the currency increases. The export industry would experience difficulties from a stronger rupee, which might ultimately harm both export revenues and the overall GDP. Therefore, the national government may not support this policy action, according to an Outlook article by Payal Seth, a Ph.D. candidate at Bennett University, and Palakh Jain, an associate professor there.

On the other hand, they added, if the RBI doesn’t take any action to control the money supply, it might result in capital flight to the US (a country with a higher interest rate), resulting in the loss of possible future capital for entrepreneurial opportunities in India. This would not only result in continued imported inflation. The RBI may be forced into action by the temptation of higher interest rates if they want to stop the exodus of foreign investors from government securities. For investors to continue to consider investing in government securities to be a viable option, the RBI would have to equal the rates. Only then would the administration be able to meet its borrowing requirements.

Every country’s economy in the modern world is inextricably intertwined with one another. Even though it has slowed down recently, the US economy continues to be a titan whose shadow might have an impact on the whole financial market. The country’s record-high inflation will affect India and the larger global market.

Does the Rupee Have the Potential to Dethrone the Dollar in the Global Settlement?

Only five US Democrats, including five of the six radicals known as "The Squad," voted against India's CAATSA waiver.