Beauty of unicorn startups in India

Let us discuss the unicorns of our country, India. First of all, we should understand what is a unicorn startup? A unicorn, if explained in the language of business, is a privately held firm, the valuation of which has increased to more than USD 1 billion.

It is normally referred to as the “Golden Club”, a milestone for startups getting this tag. We are seeing that there is a fast-growing number of them in the world. Some of the reasons for this are-


Fast Growing strategy– Today, investors are using the get big fast (GBF) strategy for the startups, where the expansion of the startup is made possible through rounds of funding, and price-cutting to make sure that they have a competitive advantage. This method is also called Blitzscaling.


Company Buyouts– Many unicorns have been created through buyouts from large public companies. Many big giants like Facebook, Apple have a focus on acquisitions rather than on the capital expenditure and the development of internal investment projects. These companies in order to expand their operations buy some established companies and businesses instead of creating their own.


Increase of Private Capital available– There is a huge increase in the investment of capital in the companies. Investors have huge funds nowadays, which was not the case back, so they are constantly on the hunt for a potential startup or a business to invest their funds into.


Advancement of technology– One of the major reasons for the drastic increase in the number of these startups is the advancement and the improvement in technology. The startups are making use of advanced technology, social media, thus giving them the opportunity to expand their operations.

The term “unicorn” in the line of the business, was first coined by Aileen Lee in the year 2013. He decided to choose a mythical animal to show and represent the statistical rarity of such ventures which were so successful. When this term was popularized in the year 2013, there were only three nine companies that were given the status of a unicorn. In the year 2018, 16 U.S. companies became unicorns, the result of which was 119 private companies across the world was of a value of more than USD 1 billion.

The USA has 418 unicorn startups

The unicorn startup with the highest valuation is a China-based startup, ByteDance, followed by Stripe, and SpaceX, and so on.

The first unicorn startup of the country was in the year 2011, was InMobi, which was a privately held mobile adtech startup. The year 2021 has seen rain of unicorns. The first eight months of the year 2021 saw 24 startups turning into a unicorn. India, this year saw its first health tech, social commerce, crypto, and epharmacy unicorn.

Till July 2021, the funding of USD 20 billion had already been received. The total count of Indian tech unicorn startups has increased to 63 till August 10, 2021. Some of the famous unicorn startups of India are- Byju’s, upGrad, BharatPe, Zeta, Sharechat, MindTicke, OfBusiness, BlackBuck, Apna, and many more.

It is expected that India will get around 100 unicorn startups by the year 2030, which is much earlier than the previous estimation which was of the year 2025.

The edtech platform, Vedantu, has raised funds worth USD 100 million, as announced on September 29, 2021. This round of funding was the Series E round of funding and was led by ABC World, which is a Singapore-based impact investing fund. The other participants of this round of funding were Coatue Management, Tiger Global, GGV Capital, and Westbridge. These are the existing investors of the startup.

Vedantu has become the 5th edtech startup in the country to become a unicorn. Prior to it, the Indian edtech startups that have turned into unicorns are- Byju’s, Unacademy, Eruditus, and UpGrad. Vedantu also is the 28th unicorn of the year 2021, thus showing how spectacular this year has turned out for the startups and the businesses.

The funds raised by the startup will be used in the growth and expansion process, and also for making some acquisitions.

The startup, Vedantu, was founded in the year 2011 by Vamsi Krishna, Pulkil Jain, Saurabh Saxena, and Anand Prakash. The startup is an online tutoring platform where teachers are engaged in providing tuition to children over the internet using WAVE (Whiteboard Audio Video Environment), which is a real-time virtual learning platform.

It is a technology built in-house by the startup. The Bengaluru based startup, operates on a model for the teachers, where students can browse, discover, and choose to learn from an online tutor.

The word Vedantu is derived from Sanskrit words,
Veda, which means knowledge and Tantu which means network.
Thus, defining Vedantu, it is a knowledge network where any student can tap into a teacher directly and learning can happen in a personalized way, anytime-anywhere.

The vision of the startup is to reimagine and evolve the way teaching and learning have been happening for decades.The startup is combining quality teachers, engaging content, and superior technology in order to create a superior learning experience for the students and help them in their outcome improvement, which is unlike any offline experience.

Vedantu, today is the leader in K-12 LIVE tutoring space.it was the first company to offer LIVE classes in the year 2014. It has been offering tutoring courses to young students from 3 years old to 18 years old, as well as helping the students in the preparation of the competitive examinations such as IIT JEE, NEET, Commerce, CBSE, ICSE, and various state examinations like Maharashtra Board.

The newest offering, which has become the fastest growing vertical of the startup is the Superkids. Through this, it offers extracurricular classes like English, Speaking, Reading, and Coding.

The startup every month gets 35 million users through the application and the web for free. The Youtube channel of the startup has the viewership of around 65 million views, which is the highest in the K-12 segment for any education company in India. Students also have access to the classes through its dedicated channels on Airtel TV and TATA Sky.

The startup last year had around 200,000 paing students, showing a 300% growth of the previous year. This growth increased the revenue to 4.5 times more than the previous year, thus making it the fastest growing online education company in the space and overall the second largest company in K-12 in terms of revenue and number of students.

The annual revenue of the startup is USD 65 million, which is about USD 5.4 million a month. 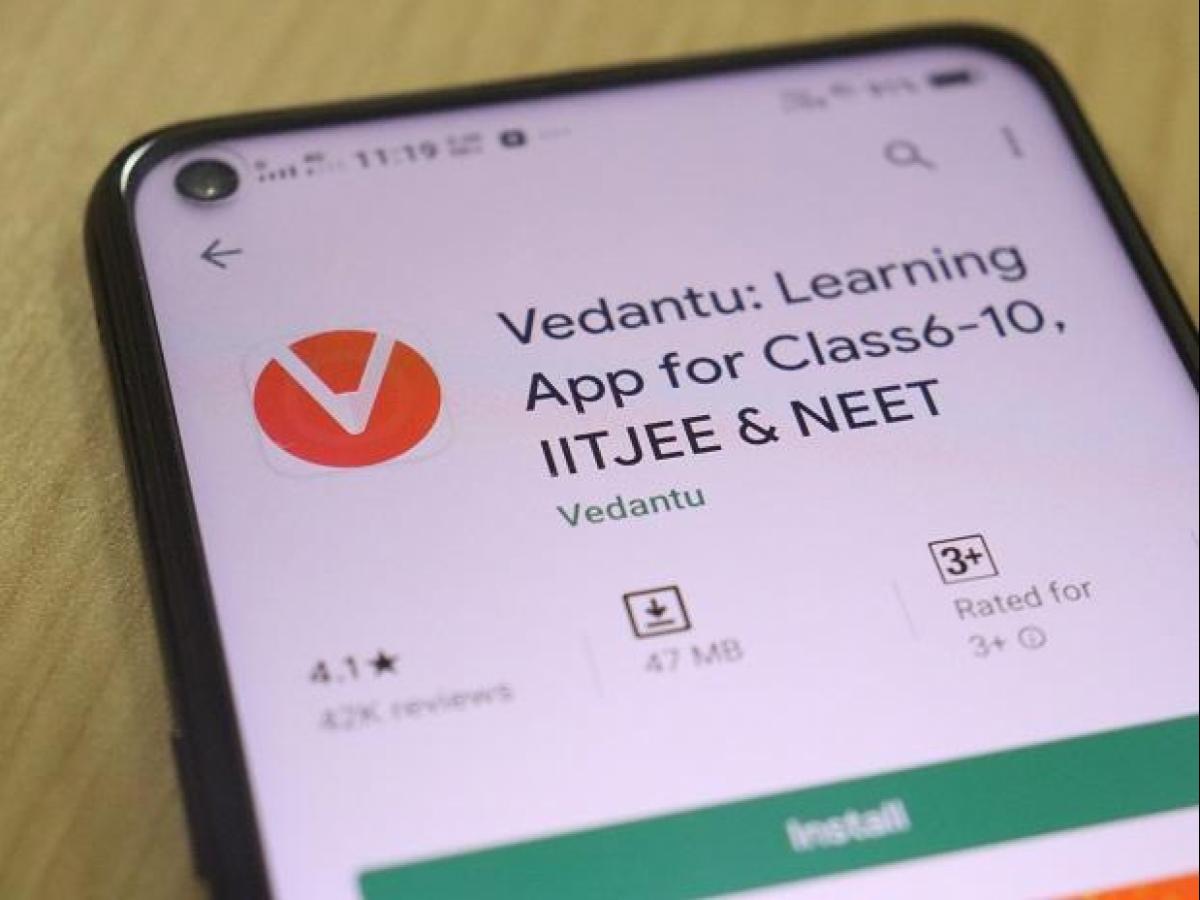 About the previous funding and acquisitions of the startup

Talking about the acquisitions,
Vedantu in February 2021, made its first acquisition by acquiring Instasolv. The further details of the deal have not been disclosed.
In July 2021, Vedantu invested in Pedagogy, which is an AI-enabled learning platform.

The founders before founding Vedantu, tried their luck in the first venture in Lakshya in the year 2006. Lakshya then got acquired by a listed company called MT Educare (mahesh Tutorials) in the year 2012. The founders during this venture taught and mentored more than 10,000 students and trained more than 200 teachers between them. 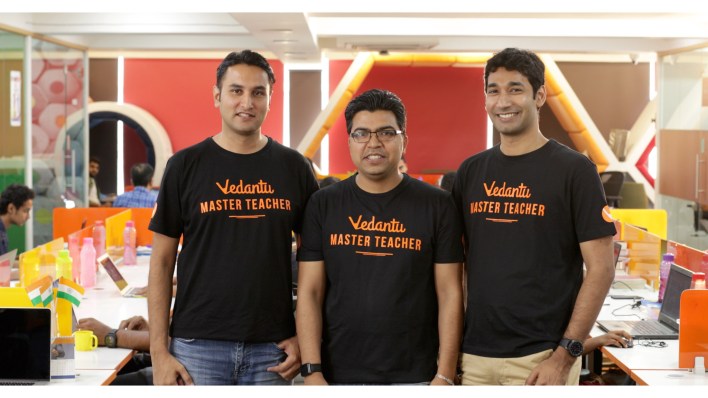 Vamsi Krishna, the co-founder and the CEO of the startup, made a comment saying that they still haven’t used 50% of the money received from the last round (funding was of USD 100 million). He further said that the startup will be looking for Initial Public Offerings (IPO) in the stock markets in the next two and a half years.

Sugandhi Matta, who is the Chief Impact Officer at ABC World Asia, said that, in our country, online education has the potential to extend the scope of “Right to Education” to students in the underserved community and capture the “Next Half Billion” income group, representing over half of the student population of the country. He further said that with the experience of the growth of the EdTech industry in the country, Vedantu has emerged as the category creator in LIVE online tutoring, thus driving the shift towards online learning.

The startup is growing at an amazing speed, and we wish it nothing but good luck and a bright future.

What Evergrande’s debacle likely means for India: a fortune 500 company

Global Energy Crisis: Why are the nations facing power shortages?