Google co-founder Sergey Brin asked his financial advisers to sell his investments in Elon Musk’s businesses, after learning that he had an affair with Brin’s wife Nicole Shanahan.

Brin, a board member of Google’s parent firm Alphabet Inc., had a stake of $500,000 in Tesla in 2008. According to unnamed sources people familiar with the matter, Elon Musk, the co-founder of Tesla Inc., had an alleged affair with Nicole Shanahan in early December in Miami. According to the anonymous sources, Brin and Tesla CEO’s long-time friendship was compromised that paved the way for Brin’s decision to sell his shares in his companies. It was noted that it has not been determined how “significant the investments are, or whether any sales have occurred.”

Musk’s relationship with Shanahan took place In December during Miami’s Art Basel, which is a multi-day yearly event that attracts affluent people from all over the world.

Brin filed for divorce from Shanahan in January after learning of the affair. As per sources, Brin and Shanahan are presently considering a settlement, with Shanahan wanting more than $1 billion. According to the sources, the two sides have yet to reach an agreement, with Mr. Brin’s side saying that Ms. Shanahan is asking for far more than her prenuptial agreement entitled her to. According to the sources, Ms. Shanahan’s side is contending that her request is merely a fraction of Mr. Brin’s $95 billion wealth and that she signed the prenuptial agreement under pressure, while pregnant.

Who is Sergey Brin– Mr. Sergey Brin co-founded Google with Larry Page in 1998, now a division of Alphabet Inc., and helped turn it into one of the world’s most valuable corporations. He and Mr. Page stepped down from Alphabet’s management in 2019, although remaining on the board. According to many who know him, since then, he has been extensively interested in fitness endeavors, at one point attempting to master several different Olympic sports. He manages a $4.4 billion family foundation that has sponsored causes such as education and Parkinson’s research, and he is involved with the LTA Research and Exploration airship business. Brin is the eighth-richest person in the world, with a net worth of $94.6 billion.

Who is the lady, Nicole Shanahan- Shanahan is a lawyer and a research fellow at CodeX, a Stanford University-based organization focused on leveraging technology to better legal procedures. She is also the president of a foundation dedicated to criminal justice reform, women’s reproductive longevity, and climate science.

See also  Are you sure you want to innovate like a startup?

The man in the news, Mr.Elon Musk- With a wealth of $242 billion, Musk is the world’s richest person. The CEO of Tesla Inc. and the private space business SpaceX, has garnered global recognition as an entrepreneur. He co-founded PayPal, was an early investor in numerous digital start-ups and took over Twitter to private in 2022.

If you believe this is just one example of the world’s richest man’s alleged affair and unfair practices, then keep reading to know more. The following are documented instances of CEO’s compromising relationships with associates and peers.

1. A recent report claimed that he was in a relationship with Shivon Zilis, a key executive at his brain-chip start-up Neuralink and that the pair secretly had twins in November 2021 – only a month before his alleged liaison with Shanahan. According to a court filing, the CEO and Zilis petitioned to have the twin infants’ names changed to “have their father’s last name and include their mother’s last name as part of their middle name.”

2. The CEO had previously parted ways from his on-again, off-again girlfriend, singer Grimes, in September. Musk and Grimes, whose actual name is Claire Boucher, welcomed their second child, a girl, in December 2021 through a surrogate.

3. He was accused of misbehavior for exposing himself to a flight attendant at his aerospace company, SpaceX. He allegedly offered $250,000 to settle a sexual harassment lawsuit against him. 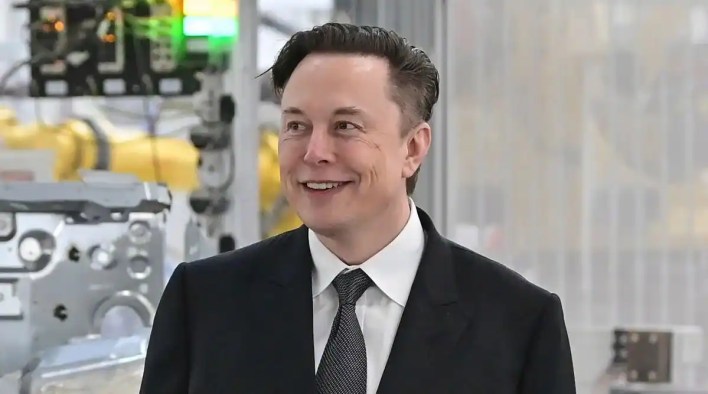 How Many Scandals Can Musk Handle at Once?

How does he get away with everything? Well, being the richest guy in the globe surely helps, and fines don’t seem to affect him. He’s also good at diverting resources to destroy over criticism and guarantee his perspective dominates.

He is not only involved in compromised personal connections, but also in strained business links. He is now involved in a legal battle with Twitter after making a $44 billion bid for the firm and then seeking to withdraw it.

The Tesla CEO became serious in his denial of a widely circulated Wall Street Journal allegation that Brin’s divorce was the result of his December affair with Brin’s wife. About the other charges made against him, he stated that the charges regarding relationships with women were “utterly incorrect”. What is true and what is false in the news changes with time. However, recent discoveries concerning Tesla CEO have thrown him into the spotlight in recent months. Is he now enjoying this unwanted fame, or is there a truth behind the curtain? That is something that will come to the fore as time passes.

How did Pepperfry become the Leading Online Furniture Company?

RTI on developments in manufacturing of Vande Bharat trains