As worldwide demand dwindles, around 200 million doses of COVID-19 vaccine are gathering dust in the world’s largest vaccine manufacturer’s warehouses.

According to Bloomberg, CEO Adar Poonawalla revealed at the India Economic Conclave that the Serum Institute of India (SII) ceased producing fresh COVID-19 vaccine doses in December. According to him, the corporation now has a stockpile of 200 million medicines.

“I’ve even offered free donations to anyone who wants it,” Poonawalla said, expressing concern over potential waste.

SII’s condition reflects dwindling demand as the global sense of urgency for vaccination appears to be fading. Companies like SII, which hurried to expand capacity in the face of an initial scarcity, are now bearing the brunt of the slowdown.

The Indian Express cited Poonawalla as saying, “The momentum of the past that took us this far is lost.”

According to the chief executive, the poor uptake is due to rising vaccine fatigue among the public and the Indian government’s failure to act on authorizations for shorter dose intervals and younger children.

“Demand for COVID vaccines has tailed off considerably since the perception set in that omicron is less likely to lead to severe illness, and the vaccines don’t do a great job at preventing infection while still providing strong protection against severe illness,” Eurasia Group’s Scott Rosenstein told Bloomberg separately.

The AZ injectable was initially the predominant vaccine supply to middle- and low-income nations since it has a lower temperature requirement than mRNA vaccines from Pfizer-BioNTech and Moderna.

However, according to Reuters, poorer countries increasingly reject SII’s AZ injection. A representative for Gavi, which helps run COVAX, told the news wire that a short shelf life was listed as a factor. According to Reuters, those countries only requested approximately half a million doses of Covishield and about 16 million doses of the twin Vaxzevria injection manufactured in Europe over the six months between April and September.

SII is also collaborating on Novavax’s recombinant protein vaccine, approved for emergency use in India by 2021.

The downturn in COVID sales isn’t limited to SII and AstraZeneca. Johnson & Johnson has likewise discontinued making revenue estimates for their single-shot option, owing to a significant drop in demand. The J&J shot made $457 million in the first quarter, far less than Wall Street’s earlier projection of $785 million.

Analysts at Cantor Fitzgerald have cautioned that Pfizer and BioNTech Comirnaty, which has been the world’s best-selling COVID injection, may disappoint in the first quarter. After looking into distribution figures, the team estimated that Comirnaty’s sales in the United States for the first three months were likely under $2 billion. In early May, Pfizer will release its first-quarter earnings.

With so many surplus doses, Adar Poonawala has asked the government to provide booster shots to everyone who travels internationally.

Adar Poonawala, CEO of the Serum Institute, said today that the central government did a superb job organizing the vaccination programme and ensuring that the majority of the adult population received both doses on time. In Pune, he was speaking to reporters.

He stated that everyone who travels abroad must take the booster dose and that they have demanded this from the government. He went on to say that they are conducting internal debates and that the administration will reveal its strategy on the subject soon.

Even if the fourth wave of Covid-19 arrives in the country, he believes it will be minor compared to other countries. He claimed that the government had picked the correct vaccine and that the consequences were seen in our country. 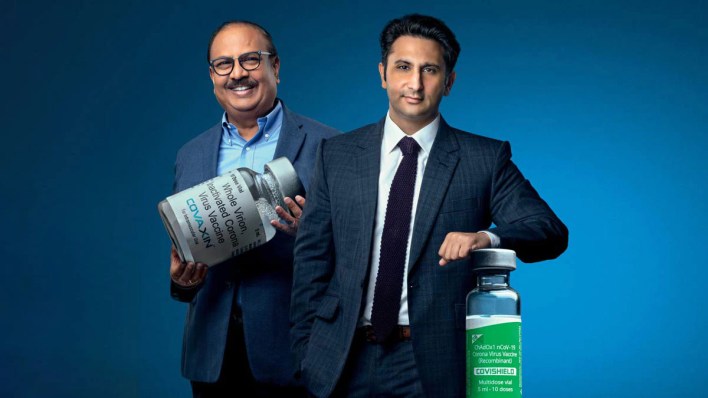 Adar Poonawalla is widely regarded as the face of India’s immunization campaign. To meet the challenge given by the Covid-19 pandemic, the CEO of Serum Institute of India (SII) worked tirelessly to develop Covishield, the first Covid-19 vaccine to get emergency use approval for public use in India.

Even though this was a lucrative financial opportunity, Poonawalla claims he always retained the company’s focus on employee safety. When Covishield was first made available to the government in January 2021, SII announced a price of ‘400 per dose for states and ‘600 for private institutions. Poonawalla, on the other hand, had lowered the price per dose to conditions to ‘300 by April 2021.

The biotechnology and biopharmaceuticals company, founded in 1966 by Poonawalla’s father Cyrus, has grown to become the world’s largest vaccine producer in terms of doses produced by 2020. The company currently produces 1.5 billion vaccine doses per year, including 200 million amounts of Covishield. It makes vaccinations for tuberculosis, polio, and other diseases in addition to Covishield.

With the pandemic requiring a quick reaction, SII teamed up with AstraZeneca. This British-Swedish pharmaceutical company had already produced a vaccine candidate called AZD1222 in collaboration with the University of Oxford. SII began producing it under licence under the Covishield brand name. SII’s revenues surged from Rs 5,238 in 2018-19 to Rs 7,201 in 2020-21, boosted by Covishield sales.

For the 41-year-old Poonawalla, though, success came with many hurdles and hard work. “We knew very little about Covid-19 when the World Health Organisation (WHO) proclaimed it a pandemic in early 2020. We only had an idea about which technologies and vaccinations would work.

The first hurdle was deciding whether or not I should go forward and risk my money, time, and financial resources. “As a manufacturer, however, I wanted to help my people and my country,” he explains.

SII had to rebuild its facilities, recruit over 1,000 personnel, and provide them with the necessary training to operate the new equipment once the choice to produce vaccines had been made. The difficulties, on the other hand, had only just begun.

“In 2020, flights were suspended, and cargo was constrained. Only critical services might be provided through diplomatic channels and other means. It was difficult to obtain the equipment, and it was even more difficult to find somebody to install it. When we surmounted challenges, however, we began stockpiling medicines ahead of time. That was what separated us apart from the rest of the pack. We supplied 1.5 billion doses by the end of 2021, which is more than anyone else,” adds Poonawalla.

The Special Jury Award winner in the BT-PwC India’s Best CEOs ranking credits his employees for pulling off such a remarkable feat in such trying times. “Handling challenges of this magnitude with such ethical and moral responsibility was extremely stressful,” says Poonawalla, who became CEO of SII in 2011.

“But I was able to compartmentalize each challenge every day, and thanks to my wonderful team who worked a day in and day out, we were able to deal with it all,” he says. Soon after, he was instrumental in acquiring Bilthoven Biologicals, a government vaccine manufacturing company situated in the Netherlands. He was also a key figure in launching SII’s oral polio vaccine, which has since become the company’s best-selling item.

Those who work closely with him have praised his leadership and assistance. The book Pyramid of Success by American basketball coach John Wooden inspires Parag Deshmukh, SII’s Director of International Business. There are four other elements on the right-hand side and patience: integrity, reliability, honesty, and sincerity. “By that description, Poonawalla is a leader who embodies all of these attributes simultaneously, both professionally and personally,” he says.

“Since joining SII in 2007, I’ve watched him change the face of global vaccine manufacturing with his unwavering commitment, strong resolve, and desire to go above and beyond the call of duty.”

Poonawalla treats his employees with respect and encourages a good and productive work atmosphere. Unless you’re trying to save the world from a pandemic, this usually means no extended work hours. He instils faith in his colleagues and encourages them to rely on their judgement when making operational decisions. “As a result, SII has achieved significant industry milestones. “One of the most important aspects is our presence in 171 countries, particularly our incursion into regulated markets like Canada, the United Kingdom, and a few other industrialized countries,” Deshmukh says.

Company executives must adapt to a quickly changing environment in today’s world. Poonawalla is a person who understands this. He recognizes that dealing with challenging issues does not have a one-size-fits-all solution. “Poonawalla, in my opinion, is someone who exemplifies true leadership. His kind and attentive approach to business align with the Serum Institute of India’s ideology. Deshmukh describes him as “more than a businessman; he is a change-maker who is trailblazing and redefining the essence of business for the better.”

UK Prime Minister David Cameron says India has a jab in his arms, and he meets Adar Poonawala. 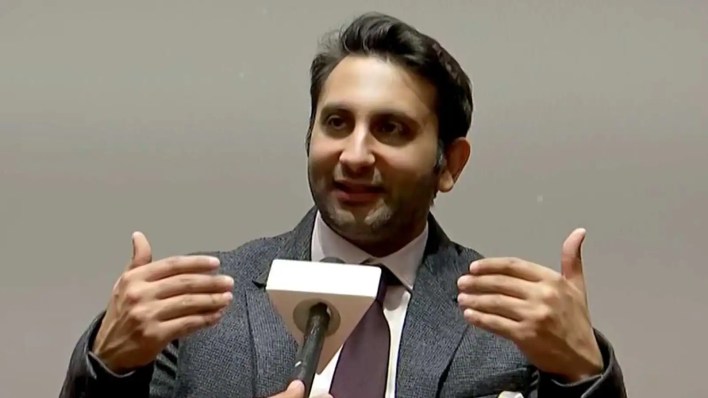 22 April (ANI): New Delhi [India]: The collaboration between Oxford-AstraZeneca and the Serum Institute of India (SII) for the production of COVID-19 vaccinations was emphasized by British Prime Minister Boris Johnson on Friday, who stated that he has “the Indian jab” in his arms. During a joint press conference with Prime Minister Narendra Modi, Johnson made the remarks. During the day, SII CEO Adar Poonawala met with British Prime Minister David Cameron.

The British prime minister cited the collaboration between Oxford-AstraZeneca and Pune-based Serum Institute of India (SII) to manufacture the COVID-19 vaccine as an example of bilateral cooperation.

“I have the Indian jab (made by SII) in my hands, and the power of good it has done me so many thanks to India, and that has helped India become what Narendra has termed the ‘Pharmacy of the World,'” Johnson added.

Adar Poonawala expressed gratitude to the British Prime Minister for his remarks and stated that his company remains committed to “offering world-class vaccinations, internationally.”

“Thank you, Rt Hon. PM @BorisJohnson, for stressing the successful India-UK collaboration with your warm remarks. It was a joy seeing you; we are committed to providing world-class vaccinations, internationally, under the leadership of our Prime Minister Shri @NarendraModi Ji,” Adar Poonawala said in a tweet.

Union Health Minister Mansukh Mandaviya stated earlier today that the government would work with industry and academics to develop a 25-year strategy for pharmaceuticals and medical devices.

Speaking at a press briefing ahead of the 7th India Pharmaceutical and Medical Devices Conference 2022, the minister praised India’s pharmaceutical industry for its resiliency throughout the COVID-19 pandemic.

“The Indian pharmaceutical sector is known around the world for its low-cost, high-quality medications. With research and innovation, we will soon gain a competitive advantage in medical devices as well,” he added.