In Silicon Valley, tech giants layoff nearly 32,000 workers in July, and many have since imposed recruiting freezes.

Over 32,000 people have been laid off due to job cuts announced by approximately 64 prominent US tech companies in July.

In the past three months, several businesses have declared layoffs to cut expenses as concerns about an impending recession storm due to the invasion of Ukraine and high inflation mount. According to research released by Crunchbase, over 32,000 employees in Silicon Valley had been sacked as of July 2022. Numerous large digital firms, including Netflix, Shopify, Coinbase, and others, have let go of hundreds of employees.

It seems that no employment is presently as steady, and 2022 is shaping up to be an even worse year for many individuals as they are losing jobs for no apparent reason. We have been hearing about significant layoffs almost every week, which shows that no job is currently as steady. Many tech companies immediately cut a portion of their employees to weather the economic unpredictability, though some have already started to freeze the hiring process. Over 32,000 people have been laid off due to job cuts announced by approximately 64 prominent US tech companies in July.

According to statistics gathered by Crunchbase, approximately 1,000 employees of Shopify, a well-known e-commerce platform, were let go last month. The sales, support, and recruiting departments have all experienced employment layoffs.

Tobi Lutke, the company’s CEO, claimed the platform only eliminates “over-specialized” and redundant tasks. He claims that the business has recently increased hiring to match anticipated growth with the belief that the e-commerce sector will continue to grow after the coronavirus epidemic; thus, this appears to be a cost-saving tactic.

According to a recent Wired article, TikTok has begun firing staff in the name of corporate reorganization and only intends to let go of about 100 people. Other startups, such as the maker of fitness wearables Whoop, made 15% workforce reductions. A video-sharing website called Vimeo reportedly fired 72 employees.

Many tech organizations have let go of their employees, including Outbrain, Niantic, Gemini, and others.

Netflix reduced their workforce by 450 people in just two months, including many contractors. This was due to a decline in income and user growth. The corporation explained the layoffs, saying they were carried out to manage costs and ensure that they matched their “slower revenue growth.”

The bitcoin sector has also been impacted, as well-known platforms like Coinbase have laid off around 1,100 workers, or roughly 18% of their staff.

Brian Armstrong, the CEO of the business, initially cited “economic difficulties” as the cause of the layoff before adding that Coinbase was “over-hired” due to the weekly growth in cryptocurrency.

While some of the more well-known tech companies, including Spotify, Apple, Meta, and Google, have recently lowered their hiring goals for this year and made it clear that they will still hire, others have announced plans to freeze or slow down the hiring process.

After the market slump and stock slowness, Robinhood fires 23% of its workers. 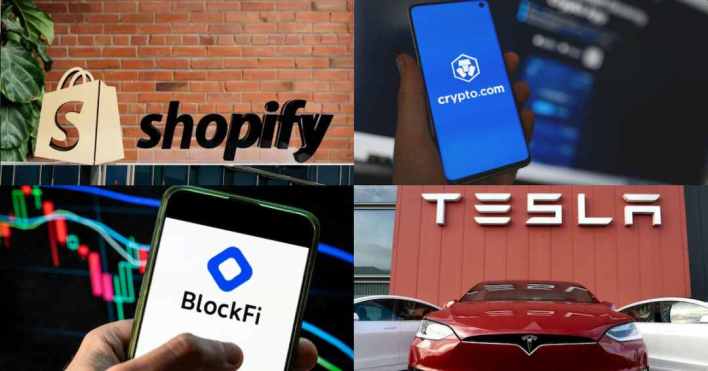 Many businesses are reducing their workforces as people worldwide worry about an impending recession. The newest company to announce employee layoffs is Robinhood. According to the company, it intends to fire 23% of its employees. This is not the first time the business has experienced layoffs; in April of this year, Robinhood fired 9% of its workers.

Vlad Tenev, CEO of Robinhood, claims that record inflation and a significant decline in the value of cryptocurrencies are some of the causes behind the most recent action. Still, most businesses have cited high inflation and restructuring teams for improved output. He disclosed that the business’s operations, marketing, and program management sections are all seeing layoffs.

According to a report from Engadget, he also acknowledged that Robinhood overhired in 2021 with the expectation that retail investors would continue to trade stocks and cryptocurrency assets at a price similar to what the firm saw in the early days of the pandemic.

According to him, the most recent “update will flatten hierarchies, decrease cross-functional linkages, and remove superfluous roles and positions.” Employees who will be let go will receive an email from the organization, or it may post a statement on Slack. According to the report, the impacted employees will be permitted to remain with the business until October 1.

Additionally, Google is anticipated to lay off some staff members soon after first saying that it will cut down hiring for this year and then saying that hiring would be frozen for at least two weeks.

This is because Google CEO Sunda Pichai wants the current workforce to be more effective and focused due to her dissatisfaction with their performance. He thinks the business has too many employees, but few do their jobs well.

The federal government changes the windfall tax on petroleum, diesel, and jet fuel in 2022.