The world’s top semiconductor suppliers are battling to end a long-running chip shortage that has hindered the development of anything from home electronics to computers to automobiles. Chipmakers are attempting to increase supply by modifying manufacturing procedures, opening surplus capacity to competitors, auditing consumer orders to avoid hoarding, and switching production lines. The bad news is that there are no easy remedies, and according to industry executives, shortages are likely to continue into next year as well. On top of a surge in demand, suppliers have been hampered by a string of freak accidents that have disrupted production, while continuing political tensions between the United States and China, as well as fears of a protracted shortage, have caused some manufacturers to stockpile chips. The new shortage includes less advanced processors, which the industry’s major players have been abandoning in favour of higher-margin, cutting-edge chips. It normally takes years to add additional manufacturing capability. This could delay the recovery after the pandemic for certain industries using the chips to benefit from the increasing market costs. It will also contribute to inflation issues because higher chip prices will boost economic growth.
In a rush to fulfil demands, one of the world’s biggest contract chip manufacturers, Global Foundries Inc., headquartered in Santa Clara, Calif., is dispatching its engineers to find ways to scratch out even the tiniest amount of extra production from its factories in the United States, Singapore, and Germany. Delaying such maintenance activities and increasing the pace at which wafers travel down the line by a fraction are two options. “We’re working very hard to figure out how to do better, create more,” said Thomas Caulfield, chief executive.
Investment from the United States
During a meeting with automotive and technology executives last week, President Joe Biden called for a bipartisan drive to improve the US semiconductor industry. As part of a $2.3 trillion infrastructure programme, he has set aside $50 billion to increase American semiconductor manufacturing. The spending isn’t expected to move the needle much: according to the Semiconductor Industry Association, being self-sufficient in chips will take more than $1.4 trillion in expenditures and government subsidies over a decade.
According to executives, chip manufacturers will only increase production from existing plants. Because of the scale and complexity of the equipment and space required to produce semiconductors, building a new fabrication plant can take years. Major chip companies have placed significant strategic bets on the more profitable advanced chips needed for 5G and servers. When the coronavirus caused one of the worst recessions in history, it shook supply chains and disrupted consumer buying habits. Chipmakers were ill-prepared to meet the high demand for older, less-sophisticated semiconductors, which were commonly used in devices such as vehicles, computer displays, speakers, and appliances—products that were snatched up during the pandemic.
Causes behind chip shortage
The supply shortage was exacerbated by trade tensions between the United States and China, especially in the last year, including Washington policies that eventually limited the selling of American-designed or produced chips to certain Chinese buyers. Fears of sanctions forced Chinese tech giants to store chips and brace for the worst, according to Huawei Technologies Co. deputy chairman Eric Xu. The Chinese firm uses a variety of chips in its telecommunications and consumer electronics, and it has aggressively stockpiled parts to avoid US export constraints. 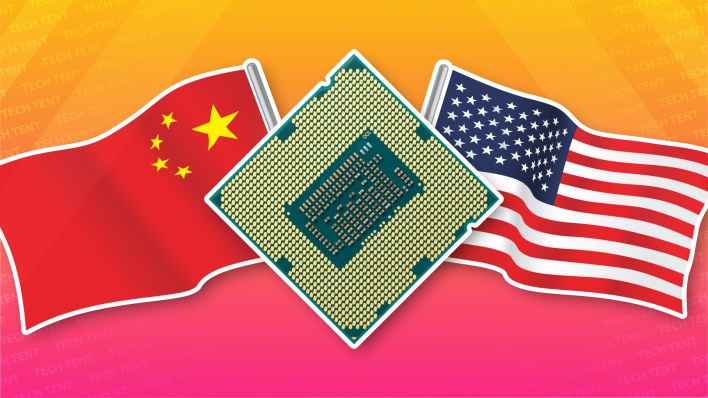 The manufacturing of chips was disrupted by incidents such as a factory fire in Japan and cold weather in the southern United States, which forced the closure of production lines. Since vast volumes of water are used in the process, a drought in Taiwan, a major chip-making centre, threatens to further limit the industry’s production. Chip-based component manufacturers are ramping up demand in anticipation of a post-pandemic economic recovery. The increased demand for chips is driving up costs and lengthening already lengthy wait times. Toyota Motor Corp. and General Motors Co. have been forced to shut down or limit production at some of their factories. Some customers claim that they face half a year or longer delays. In southern China, Kaiterra intensifies contingency measures to ‘future-proof’ the supply chain. Engineers who are focused on creating new models now devote some time, in the event the required ones do not come, to upgrade standing ones to work on different chips. The corporation recently agreed to store certain parts for a year’s value.
Importance of Semiconductors
Semiconductors are the lifeblood of many industries—the fourth largest traded commodity worldwide, which count on crude oil, refinement oil and motor vehicles, ports and exports. During the last few years, the world’s largest chipmakers have invested in feeding demand on the next generation of semiconductors, thereby shifting their attention away from simpler chip manufacturing. But cars and home electronics have a number of rudimentary parts. This includes the power management-mind chips, a basic chip that controls energy flow into a computer, and microconductors which run several functions. According to Mr. Caulfield of GlobalFoundries, there isn’t an electronic device that doesn’t have a microcontroller and thus, this is in low supply almost everywhere.
Also, the most advanced electronic devices need certain common chips to function, and they are increasingly using more of them to power more complex technologies. According to Hui He, an analyst at research firm Omdia, a standard 5G smartphone will have up to eight power management chips, compared to two to three in a 4G phone. According to research firm Gartner Inc., 27 per cent of all investment on chip-making equipment went to instruments for developing the industry’s most sophisticated processors, which are commonly found in tablets, high-end PCs, and data centres. Less than half of that, or about 11 per cent, went to machines for mass-producing more commoditized chips. Taiwan Semiconductor Manufacturing Co., the world’s largest contract chip manufacturer, told investors in January that it is working with customers to upgrade some of the chips they are using so that they can be manufactured on its more modern manufacturing lines, which have more capacity. Customers have been stockpiling due to the pandemic and geopolitical tensions. It’s not easy to switch current production lines from one type of chip to another since different types of chips need different equipment to manufacture, though there is some overlap.

Will The Second Wave Of COVID Have A Greater Impact On Banks? Can Banks Endure The New Second COVID Wave?

Policymakers need to be aware of the rise in housing prices