According to a survey, the combined gross debt of India’s top business houses reached a record high of 2.22 lakh crore by the end of March, making the Adani Group one of the most indebted among them.

The Group, headed by the second-richest Indian, takes pride in its role in nation-building, but its borrowings are excessive.

Gautam Adani — embarked on an expansion spree fueled by debt. So much that the Adani group’s growing debt load has raised red flags.

The Adani Group expands its current companies and enters new areas via debt financing. At the end of March 2022, the combined gross debt of the group firms hit a new high of 2.22 lakh crore, an increase of 42% from 1.57 lakh crore the previous year.

The group, founded by Asia’s richest man Gautam Adani, recently agreed to pay $10.5 billion to acquire the cement sector of Holcim’s Indian affiliates, ACC Cements and Ambuja Cements. This acquisition marks the entry of the ports-to-energy conglomerate into the cement market.

The agreement will elevate the billionaire Adani Group’s current cement operations, Adani Cementation Ltd and Adani Cement Ltd, and make it the second-largest participant in the local cement market.

Why does Adani want a loan from SBI for $14 crore?

According to two people aware of the matter, Adani Group has applied for a 14,000 crore loan from the State Bank of India (SBI), the largest lender in the nation, to construct a coal-to-polyvinyl chloride (PVC) factory in Mundra, Gujarat.

The loan is substantially greater than the 12,770-crore loan secured by Adani Enterprises’ Navi Mumbai International Airport in March, making it one of the largest project credit requests in recent months. Gautam Adani’s company has raised $6,071 crore for a new copper refinery project in Mundra.

Adani raises $5.25 billion from foreign banks to fund the acquisition of Ambuja and ACC. 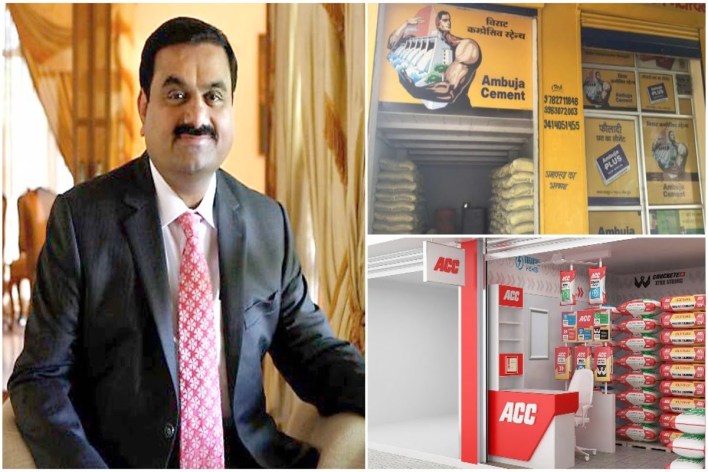 The Adani group’s ambitions to purchase Swiss firm Holcim’s interest in Ambuja Cements and ACC have received strong support from leading international banks, including BNP Paribas, Barclays, and Citigroup. The group received $5.25 billion in debt financing, demonstrating the support of the international bankers for the transaction.

The Adani family is acquiring Ambuja and ACC, which have a combined capacity of 70 mtpa (million tonnes per annum), for a total of $10.5 billion, which includes the open offers that will be made to the firms’ minority owners.

For a total of $6.5 billion, the Adani group will first purchase Holcim’s 63.1 per cent share in Ambuja and 4.4 per cent stake in ACC.

In turn, Ambuja owns a 50% interest in ACC. The Adani group would then make the necessary open bids to the minority shareholders at a price of Rs 385 per share for Ambuja and Rs 2,300 per share for ACC.

According to bankers, despite global upheavals, the strong support for the debt financing facility demonstrates the group’s increasing influence throughout the global banking community.

“The group intends to refinance some of the short-term loans raised later. However, obtaining such a sizable sum within a few months of the announcement demonstrates how global banks support the Indian economic story, according to a banker familiar with the deal.

See also  Tata in talks with CureFit to invest up to 75 million USD: Here's everything you need to know about the deal and CureFit

Adani Group is focusing on increasing the total capacity to 100 million tonnes per annum (mtpa), from the current 70 mtpa, in order to compete with UltraTech, which has a 120 mtpa capacity as the industry leader. Ambuja and ACC will use their funds to invest in new capabilities and take on more debt.

As demand from the real estate and infrastructure sectors is increasing quickly, both firms’ development plans will also be accelerated with the aim of increasing capacity to 140 mtpa, according to bankers.

The combined production will increase to 73 mtpa by next year, 12 per cent of market capacity, according to Ambuja and ACC’s plans. Analysts predicted that Adani’s cement production capacity could increase to 100 mtpa with the use of brownfield capacity at a competitive $80-90 per tonne, thanks to a number of cost-cutting measures already in place.

The debt facilities are broken down into four parts: a $500 million short-term debt, a $3 billion debt with an 18-month maturity, a $1 billion facility with a two-year duration, and a $750 million two-year facility.

According to a global finance expert, the typical coupon for these facilities would be 7.5% (approximately), which is cheap compared to the interest rates in India. 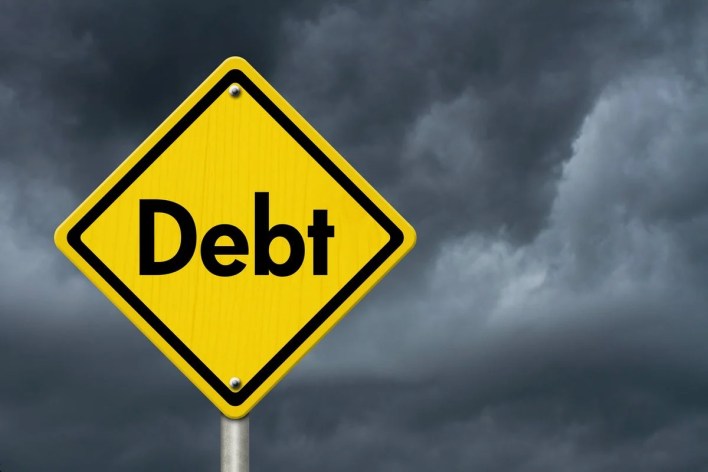 These diversification efforts have been heavily debt-financed. Here is a quick look at the important financial metrics for the Adani Group.

If the Adani Group enterprises don’t increase their profitability and financing, this enormous debt may become problematic in the future with the Indian central bank eventually raising interest rates.

How much debt does the Adani Group have?

Given that Gautam Adani’s wealth had expanded 20-fold since March 2016, regulatory scrutiny of the ownership structure of his listed firms had increased in October 2021, when he was ranked 24th on the list of the world’s billionaires. However, Gautam Adani and his family hold the bulk of shares in the ports-to-energy Adani Group.

Three Mauritius-based funds’ accounts were frozen by the National Securities Depository Limited (NSDL) in May 2021 as a result of their inadequate ownership disclosure as required by the Prevention of Money Laundering Act.

The businesses in the Adani Group continue to expand into new markets and fuel their current operations using debt finance. As of March 31, 2022, the combined gross debt of the firms had increased by 47% from the previous year to a new high of 2.22 lakh crores.

The promoter entities of the group have provided long-term loans to the group’s listed companies totalling Rs. 35,000 crores. These loans have decreased their finance expenses in FY22 and assisted them in launching lengthy projects, including roads, ports, and airports.

See also  Adani group has approached SBI for a loan of Rs 14,000 crore

According to data from The Morning Context, Adani Enterprises, the group’s flagship company, experienced the largest debt growth among the group companies, with a surge of 155% year over year to Rs 41,024 crore in 2021–22.

Let’s examine the debt of each company in the group: 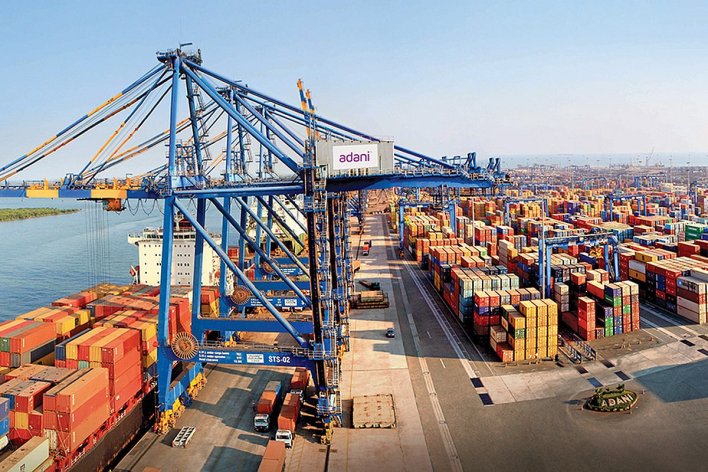 Adani Power is India’s largest private thermal power producer with a total capacity of 12,450 MW, including thermal power facilities in Gujarat, Maharashtra, Karnataka, Rajasthan, and Chhattisgarh, as well as a 40 MW solar power project in Gujarat.

The company develops municipal gas distribution networks to deliver compressed natural gas to the transportation industry and piped natural gas to the industrial, commercial, and residential domains. Despite being a large-cap stock, it only has 534 crores in long-term debt for FY22. The number of its current obligations was 1464 crores.

The Adani Group’s subsidiary for renewable energy is one of the oil and energy industry’s most indebted businesses. Over the past fiscal year, its current and non-current debt shockingly soared by 101.32 per cent and 103.45 per cent to reach 11,934 crores and 44,621 crores.

With the group’s 44% share in the coveted Adani Wilmar, the firm has emerged as its crown jewel following its recent surge. For the fiscal year that concluded on March 31, 2022, the joint venture recorded long-term debt of 817 crores and short-term debt of 12,812 crores.

We have unnecessarily made Ambani and Adani bywords for excess riches and targets of political grandstanding.

The media should quit obsessing about stock market riches assessed on a minute-by-minute basis. It alters the truth.

A brief fact that Gautam Adani had surpassed Bill Gates to become the fourth richest man in the world made headlines in publications a few days ago. His net worth was estimated by Forbes magazine to be $116 billion. This makes for a wonderful clickbait headline, but it is far from the truth.

When the relevant markets are open, Forbes determines a billionaire’s net worth based on stock market prices in real-time every five minutes. Adani is equally likely to lose many billions of dollars if his stock prices increase by a comparable amount during a bullish month or decrease by a similar amount during a bearish month. 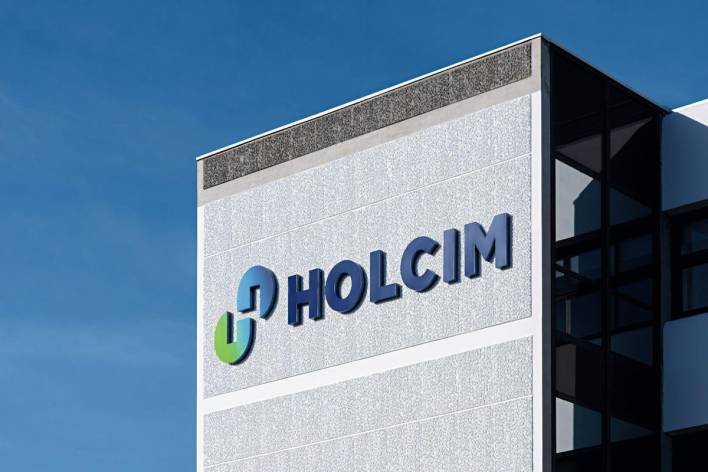 Let that sink in: the market price of a share is determined not just by a company’s fundamental profitability but also by the amount of liquidity chasing shares and other assets.

Adani’s fortune might increase once more if the US Federal Reserve or the Reserve Bank of India released the liquidity taps for whatever reason (a severe recession, for example, or a sharp decline in employment).

As we have seen repeatedly since the 2008 global financial crisis, it only takes a recession or two to raise stock market valuations. In short, this type of wealth is strongly tied to central bank actions.

That’s not all, though.

Personal wealth calculations that heavily rely on stock market values may mask underlying problems like a company‘s level of debt or a lack of free cash flows.

This method of estimating wealth is problematic in the digital era since values are frequently dependent on predictions of future profitability based on (bizarre, frequently inaccurate) estimates of how quickly “free” clients can become paying ones. Food delivery company Zomato witnessed its share price plunge 75% today (July 27), from a high of Rs 169 to Rs 43. The company went public in July 2021.

Second, not all a businessman’s shares can quickly be turned into cash. There are two reasons for this: one, investors will panic if a businessman or his family is seen selling their shares, sending the share price tumbling; and second, many of these shares are held to exert control over a company.

We should encourage the wealthy to leave the majority of their wealth to charity when they die. Gautam Adani has promised to donate $7.7 billion of his family’s riches to charitable organizations. Azim Premji donated $21 billion to charity three years ago. More Indian businessmen will inevitably do so as they become wealthier.

That, along with a significant inheritance tax exemption, is the way forward. Stop stressing about the media’s stock market riches estimated minute-by-minute basis. It alters the truth.

In conclusion, the Adani Group is one of the most indebted companies in India, owing Rs. 2.2 lakh crore. Gautam Adani has been aggressively diversifying his business in the last few months. It recently purchased ACC and Ambuja Cement for $10.5 billion from Holcim (about Rs 80,800 crore). With AMG Media Networks, It is also breaking into the media industry. 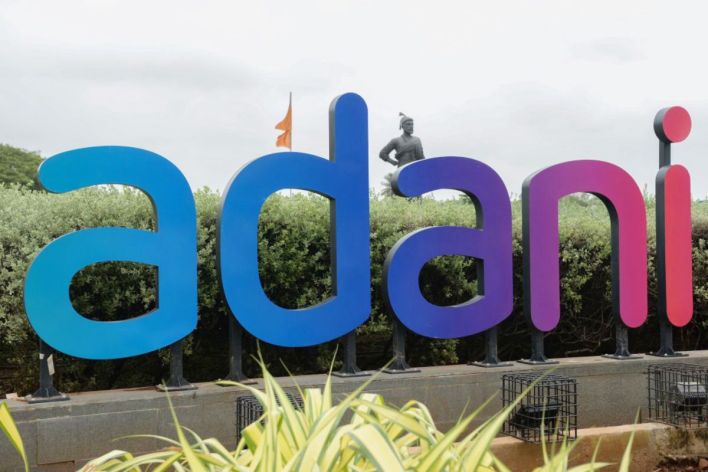 It’s unusual because we won’t learn how he unlocked the code to become a billionaire by disrupting many industries, including cement, power, energy, and infrastructure – a difficult nut to crack, all under one roof!

The Adani Group continues to expand its current companies and explore new markets via debt financing. As a result, among the largest business groups in India, the Adani Group has one of the highest debt levels. However, this capital enables their wings to fly and grow into new industries!