COP27 Nearly Ends In Failure Despite Several Country Pledges. What Will Happen Next?

Through several hours of negotiation, the 27th Conference of Parties (CoP-27) of the UNFCCC narrowly avoided being labeled a failure by agreeing to establish a loss and damage fund, which is a climate compensation fund. The conference that lasted for two weeks in Sharm El-Shaikh, Egypt, was billed as a “CoP of Implementation,” but by the time it was over, not much else had been accomplished.

On the measures that must be taken to prevent temperature increases over 1.5 degrees Celsius from pre-industrial levels, there has been little progress. The world‘s efforts to halt the use of all fossil fuels, not just coal, made very little headway. During the most recent CoP in Glasgow, nations vowed to gradually reduce their usage of coal. 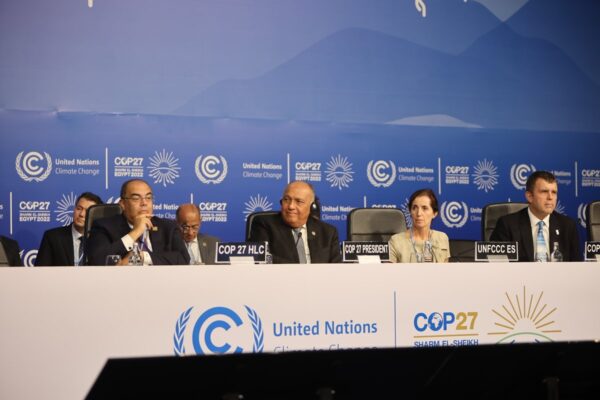 A proposal by India and other developing nations to undertake a larger and more aggressive fossil fuel reduction strategy was not accepted at Sharm El-Sheikh. This was a result of the fossil fuel lobby’s influence as well as the energy demands brought on by the conflict in Ukraine. Whatever the cause, a significant contributor to climate change is still neglected.

The UN has made its point quite clear. If immediate measures to halt the earth’s warming are not taken, all climate change negotiations over the following ten years will be ineffective. The point became obvious at the recently finished 27th Conference of the Parties to the UN Framework Convention on Climatic Change, where UN Secretary-General António Guterres warned world leaders that humanity is on an “expressway to climate hell” (COP27).

The focus of this year’s summit was on the lack of ambition to reduce global greenhouse gas (GHG) emissions and the need to carry out the Paris Agreement fully, a binding international agreement on climate change that calls for limiting the rise in global temperature this century to no more than 2°C above pre-industrial levels.

At this year’s meeting, a much-anticipated pledge of $100 billion annually in climate money for developing nations was approved after protracted talks. The fund will help poor countries that have made minimal contributions to the climate catastrophe but are nonetheless at risk from the adverse effects of climate change.

A ground-breaking choice was made to create a loss-and-damage fund, which will become operational by CoP-28 in 2023. This was crucial for developing nations, who made loud calls during CoP-27 to compensate nations who are most at risk from climate-related calamities yet have made minimal contributions to the global warming challenge.

An important result was that negotiators were able to maintain the pledges made at CoP-26, along with discussions on creating a “new collective quantifiable target on climate finance” for 2024 while taking the interests and priorities of developing nations into consideration. Parties and non-state actors reaffirmed their commitment to pursuing actions that would keep the increase in the global temperature to 1.5° Celsius above pre-industrial levels.

There are several opportunities that India Inc. can take advantage of in the future. The CoP-27 witnessed the launch of a number of initiatives and advancements on already-existing initiatives—particularly those involving non-state actors like businesses—that opens the door to funding and international partnerships on decarbonizing difficult-to-abate sectors, promoting financial institutions’ transitions to net-zero operations, and addressing adaptation and resilience issues.

India has taken a number of actions to combat climate change as a signatory to the Paris Agreement. Prime Minister Narendra Modi promised at the 2021 summit that India will have net zero emissions by 2070, despite the fact that its historical contribution to total GHG emissions has been negligible. The Indian delegation this year concentrated on the action in climate finance, technology transfer, and capacity building under the leadership of Bhupender Yadav, Union Minister of Environment, Forests, and Climate Change. India also provided the UN with its long-term low-emissions plan.

According to India’s policy paper, electricity generation is the largest emitter. Hence the nation’s main emphasis is on the prudent use of domestic resources with adequate consideration for energy security. It is intended to increase nuclear capacity until 2032 and quickly advance green hydrogen production in order to lower emissions from the electricity sector.

India is working to enhance the usage of biofuels, improve the penetration of electric vehicles (EVs), and use green hydrogen fuel for transportation. Future urban growth that is sustainable and climate resilient will be driven by smart city initiatives, widespread acceptance of improved energy resources, efficient green construction rules, and the creation of cutting-edge waste management methods.

In the industrial sector, the Perform, Achieve, and Trade program, the National Hydrogen Mission, and high levels of electrification in all pertinent processes and activities will all be used to improve energy efficiency.

However, despite all previous attempts, not much has changed. According to experts, the entire globe needs to work together to change its trajectory in order to prevent other catastrophes.

A shift in trajectory After a series of unexpected events and heated arguments that lasted for two weeks in Egypt, COP27 will go down in history as a significant chapter in the multilateral climate action saga for both good and bad reasons. Although it was a historic decision to create a fund to deal with loss and damage, the situation is far from resolved. New facades in the conflict are anticipated to open up during COP28 when governments are tasked with determining the methods and obligations toward this fund.

Overall, the conclusion of CoP-27 can be best described as a shift in the course of international negotiations rather than in words.

It is crucial for India to recognize these clear trends. With its proposal to phase out all fossil fuels, support for other developing nations on L&D, and release of its Long-Term Low Emission Development Strategy, India performed admirably at Sharm El-Sheikh. But now is the moment for the administration to reconsider its approach to negotiations so that both the nation’s development program and its climate change agenda may be advanced.

Benefit from the new credit card rule? For all cards, RBI establishes a minimum amount due calculation.