The country is left in shackles in every respect with the ongoing current wave of the pandemic and the way out seems much darker at this point. With the exponential increase in the number of cases and deaths every day, a large number of states have imposed lockdowns and restrictions, trying to curb activity as much as possible. However, the signs of a nationwide lockdown are not yet hinted at by the government, even though the situation has brought in unwarranted views from the experts about the urgent needs of lockdown and a curb in economic activity in the country.
However, the economic situation in India is more complicated than can be assessed by the first look. This roots from the fact that even though a number of states have imposed lockdown restrictions, the level of stringency and compliance is much less than was observed a while ago. A major cause of this could be the need for people to go out for necessity and their loved ones at a time when all of us are losing a number of relatives every week. Nonetheless, some major indicators that took a hit during the first wave are in a slightly better position this time. Say, for example, power demand which was down about 30% in the first wave, is down about 10% so far. Till now, the labour participation rate has declined by just one percentage point nearly. Logistics indicators such as railway freight traffic have seen a drop lesser than what was recorded last year during the first wave of the novel coronavirus. Even so, a contraction of about 1.5 per cent is certain on a sequential quarter-on-quarter basis, that too if the assumption of the situation getting better in June is realised. “I think things should start looking better from June.” “Our estimate is that the inoculation rate should pick up significantly from the 2.5 million doses per day that we are seeing right now and might as well go to 5 million. If we are lucky enough, it could potentially be even above 8 million a day by the ending of this year. That implies that as compared to about 10% of the population that has received a dose right now, about 45% or higher would have received a dose by the end of the year, said Sonal Varma, Chief India Economist at Nomura. 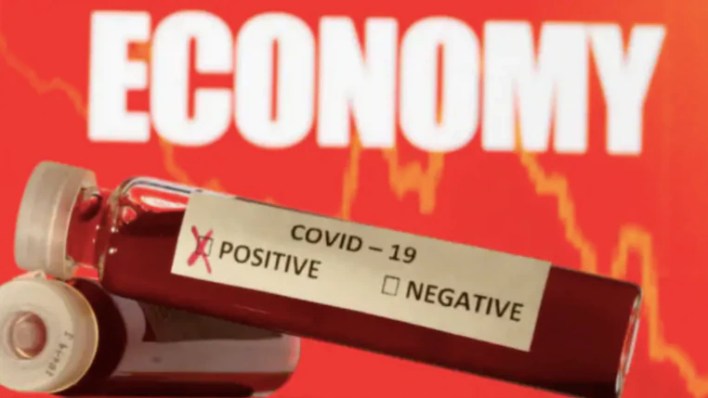 Moreover, experts from both the country and abroad have critically argued in favour of a nationwide lockdown response and curtailment of economic activity in an attempt to save what is left in the country in the face of the over-burdened healthcare system. The president of CII Uday Kotak has demanded the highest-level response measures to cater to the surging second wave problem in the country. He says, “currently safeguarding lives is key to cut the transmission links.”
The economic crunch, however, is still larger than what has been witnessed in the past seven years, with inflation on the rise and unemployment the next thing going up with the forthcoming recession. The country’s unemployment rate surged to a four-month high (nearly 8%) in the month of April. The future outlook remains weak as well with state administrations extending lockdowns (if already imposed) and demanding lockdowns (if not imposed already) to curb the record surge in virus cases. Unemployment increased to 7.97% from 6.5% in March, with more than seven million jobs lost last month, according to data from the Centre for Monitoring Indian Economy Pvt, a private research firm. Falling gold prices have also aggravated the process of the economy going down the hill. While the Reserve Bank of India (RBI) is being suggested to adopt a liberal credit policy to instil confidence in medium and small scale industries, the citizens’ behaviour to refrain from spending in the time of uncertainty would not allow the policy to be much of a success. Not only that, the loan moratorium that did instil hope during the first wave is not entirely expected this time, with the Central Bank being in a weaker position to afford it. And how can we forget the ever-increasing India’s black market and illicit activity chain amidst the crisis that has worsened the economic prospects even more?
Retail companies should focus on operational improvement instead of going in for expansion. India can overcome the unemployment crisis only if the retail sector provides more jobs and employment opportunities in Tier-II and Tier-III cities like Srikakulam and Vizianagaram, believes former Vice-Chancellor of Dr B.R. Ambedkar University and economist Hanumanthu Lajipathirai. However, the current situation is not only baneful for India but is believed to have harmful repercussion for the international economy as well, with the strain spreading to other nations despite efforts to contain flights and cases. With India still not coming back to normal, the international restrictions shall also remain in place for longer than hoped. Preventing this spread needs strict and stringent quarantines, lockdowns and travel restrictions. This could be economically bad for various industries in the country, especially the ones that have already borne the brunt of the first corona induced lockdown- airlines, airports and export and import dependant businesses.