The National Capital Suffers Due To The Kejriwal Government

This is nothing but the sad reality of the national capital- Delhi. COVID has exploded in the city, killing hundreds of people every day. The hospital beds are running short, and the oxygen supply is so scarce that people are forced to travel to other states to get the cylinders. The government, like always have failed in helping its citizens with appropriate aid, and this irresponsible behaviour will show its effect in the next assembly elections.

The Kejriwal government has always been negligent about its citizens. Just making fake promises and providing free amenities won’t make the government a good government unless they help their citizens in such challenging times. When the virus was peaking in the country, the CM of Delhi made fake promises regarding how well Delhi’s medical infrastructure is and how it can easily handle high caseloads every day. But the reality is right in front of you! The people in India are not dying due to the virus but due to the lack of medical facilities.

Several patients in Delhi are reporting bizarre incidents. Reportedly, some hospitals are cutting the oxygen supply between 1 am to 4 am every night. This is causing difficulties to critically ill patients and hence leading to their deaths. For now, we don’t know the reality of this suspicious behavior, but soon we will!

On Sunday evening, Rahul Tiwari, 32, received plasma after a lot of struggle to find a donor. His parents regained the hope that their son will now be discharged soon and go home again to live his normal life. But who knew poor Rahul would pass away the very next day? Lack of oxygen supply eventually led to his death! This is just one incident from the national capital. There are a thousand more that tells us about the unfortunate deaths of people.

But it was a long wait before members of his family were able to burn his body. His wife and daughter arrived at the crematorium at 11 am but were told to wait as 25 others were standing in line at the crematorium. They were both wearing PPE kits and stood waiting next to his body. Imagine the horrendous situation happening in Delhi. The crematoriums are full of dead bodies surrounded by dogs and scavengers.

Tiwari’s ordeal of waiting for cremating the body is not an uncommon deal in Delhi. More than 15,000 deaths have been recorded in the national capital since the beginning of the pandemic. Reportedly, some of the death numbers have been hidden by the government. This inhumane and irresponsible behaviour by the Kejriwal government is shattering many families. Tragedy strikes over the city like smoke rising from a crematorium. And images of massacres in the capital are evidence of desolation. “We have to ask the families to return the bodies and burn them elsewhere,” said Ram Pal, who has been performing rites for 11 years in Dunanand Muktidham. 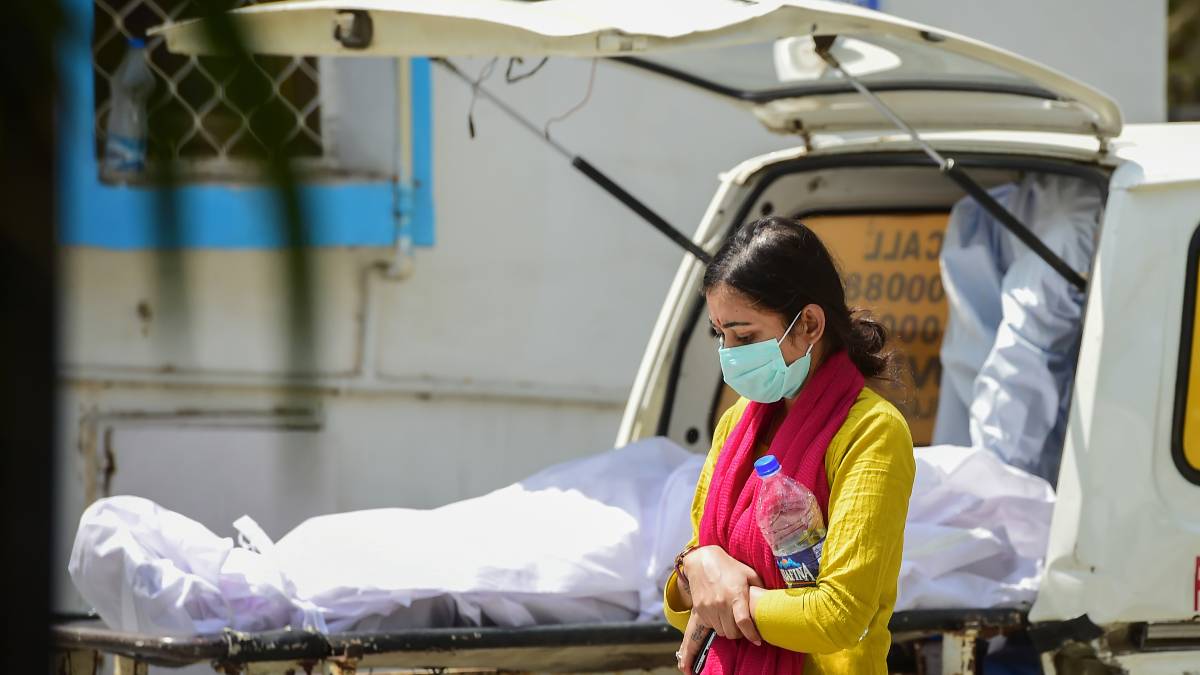 Lack of space in crematories, Woods for cremating the bodies getting exhausted

The crunch for cremation spaces in the capital has become so intense that parking lots and parks are being used. 40-50 bodies are together buried or burnt to make space allotments for others as well. The situation is so horrific that even a crematorium for dogs is being used for human bodies. Families are drenched in sweat and dirt wearing PPE kits attending the last rites of their loved ones. “It takes nearly 300kgs of wood to burn one body, but the situation has become so worse now that we have more bodies than woods,” said Ram Pal.

“We need to cut several trees to obtain wood for the bodies. But if we keep cutting trees at this rate, they will get exhausted one day. As trees are the primary source of oxygen, we urge everyone to plant as many trees as possible for the sustainable development of future generations.” added Pal. Lack of space is also a growing problem in Delhi Muslim cemeteries, where parts of the world were cordoned off last year to bury the bodies of Covid-19 victims. On the 45-acre Jadid Qabristan Ahle Islam near Delhi Gate, for example, a five-hectare Covid-19 burial ground has already filled nearly 1,200 graves since March 2020.

An RTI filed against the Kejriwal government revealed -no new hospitals and flyovers were built during his 2015-2019 tenure. These reports clearly indicate the carelessness of the government. The citizens don’t matter anything to them, and they are solely for gaining votes. The political scenario in India is corrupted, wherein every minister, be it be the CM or PM, are working for their own welfare rather than working for their nation. The reality is saddening, and our medical health infrastructure is shambling, but the ignorant government is busy gathering votes rather than saving the country. 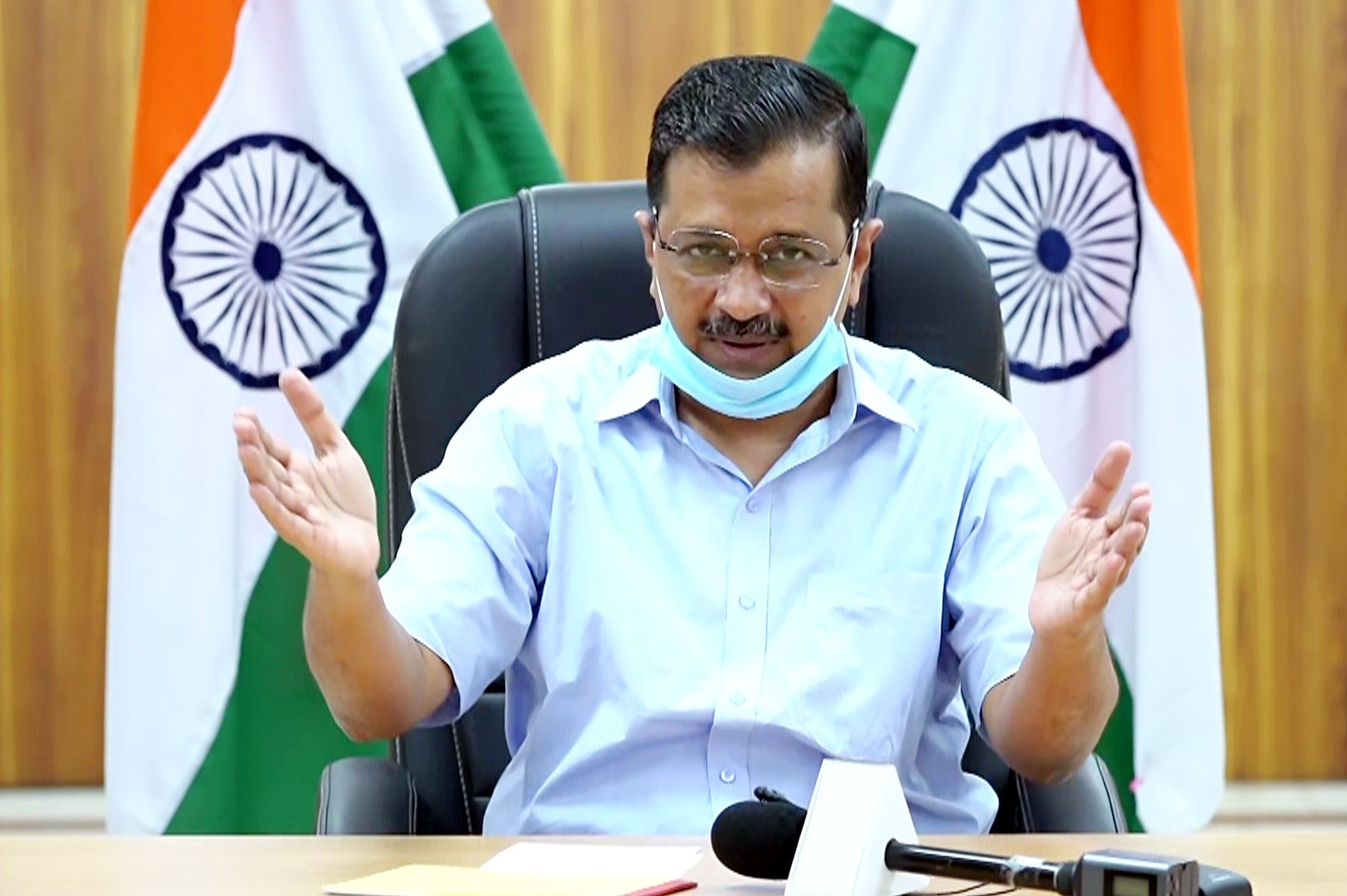 People In Uttar Pradesh Can't Even Cry On The Death Of Their Relatives Amid Covid-19 Due To Fear Of NSA. UP CM Offering NSA like Free Food In Langar