FDI Equity Inflows Fell 14% To $26.9 bn From April To September. Challenges And The Way Forward

According to data from the Department for Promotion of Industry and Internal Trade, FDI equity inflows into India decreased by 14% to $26.9 billion over the period from April to September of this fiscal year (DPIIT). The inflows were $31.15 billion at the same time period the year before.

The entire amount of FDI inflows, which also includes equity inflows, re-invested earnings, and other capital, also declined, falling to $39 billion in the first half of the current fiscal year from $42.86 billion in the same period last year.

During the first half of this fiscal year, the computer software and hardware sector garnered the biggest inflows, totaling $6.3 billion. Services ($4.16 billion), trading ($3.28 billion), chemicals ($1.3 billion), the automotive industry ($932 million), and building (infrastructure) activities ($990 million) were the sectors that came next.

Within the next 25 years, India hopes to evolve into a wealthy, developed nation. Despite the fact that every nation’s growth story has been harmed by the global Covid-19 outbreak, rising inflation, and the ongoing turmoil in Ukraine, India has been able to manage the economic setbacks thanks to fiscal support successfully. Despite several challenges, India’s economic growth is currently gaining momentum. 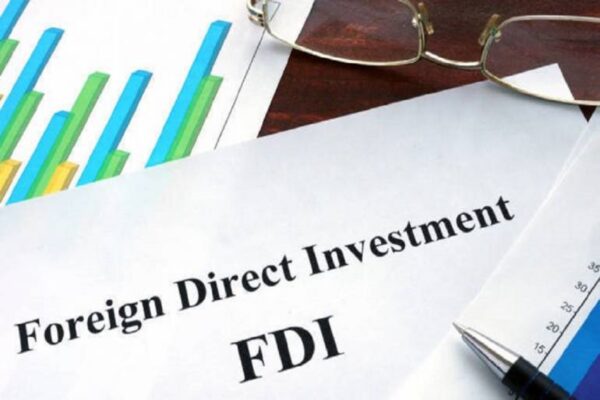 The SBI reports that India is now the world’s fifth-largest economy, moving ahead of the Uk, which it is projected to overtake again in 2027 and again in 2029. India’s contribution to the global GDP increased from 2.6% in 2014 to 3.5% in 2022. According to Sanjeev Sanyal, a member of the Prime Minister’s Economic Advisory Council (EAC), India continues to be a desirable location for both direct and portfolio investment.

According to a Deloitte poll, many international business leaders continue to be optimistic about India’s future and are preparing to make new and extra investments there. Comparing China, Brazil, Mexico, and Vietnam to India, these countries’ perceptions of the world economy are all the more favorable. It runs counter to the norm. Corporates in the US and the UK have expressed greater trust in India’s macroeconomic stability and are on the same page.

Both domestic and foreign investors can invest in India in a growing and thriving economy. And data back up these findings. In the next five years, India has the potential to draw $475 billion in FDI, according to a CII-EY analysis.

Does India appear to be an appealing investment destination?

The significant increase in FDI inflows to India provides insight into why it is a popular investment destination. From $6 billion in 2002 to nearly $38 billion in 2009, it increased.

But why does India appear to be a desirable location for investors despite its geopolitical problems, high unemployment, increasing inflation, and depreciating rupee? India’s economy is one of the world’s fastest-growing, which is the first justification.

India is a popular location for international investments due to its ongoing, extensive economic changes, talented labor, and large customer base. According to the Union Budget of 2022, India’s GDP, which is currently close to $2.97 trillion, is projected to increase to about $3.19 trillion (1 USD = 80.85 INR) in 2023.

Second, from the January-March quarter of the fiscal year 2020–21, India’s nominal GDP has been growing by double digits at a time when the rate of global economic growth is likely to be lower than earlier predicted. The current fiscal’s April to June quarter saw GDP rise above pre-Covid levels. The economy is on a growth path, according to the first quarter’s figures. If its GDP growth in dollar terms continues at the current rate, India’s economy is predicted to reach $5 trillion in the 2020s.

Third, it’s anticipated that India’s population will increase from 121 crores to 152 crores. The nation has a sizable and growing middle class that is eager to spend money. This offers a significant market opportunity for various goods and services across industrial sectors. It is a major attraction for foreign investors seeking to expand into mature international markets. 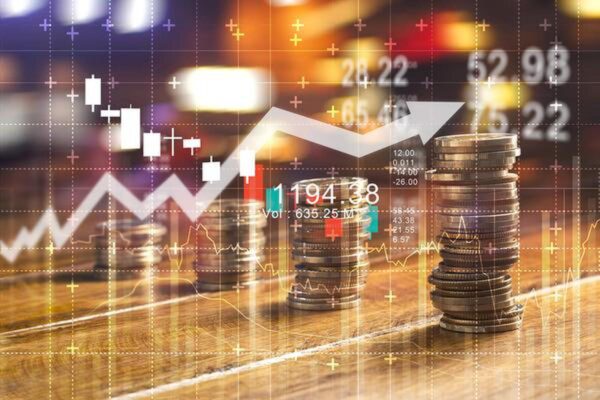 Fourth, from 2022 to 2050, India’s population of young adults would grow to 15 crores. More than 65 percent of those people are under the age of 35, and 50% of them are under the age of 25. India consistently provides low-cost, trained, and semi-skilled labor. Labor is more readily available for less money, which reduces manufacturing costs and boosts competitiveness. Over time, it will be a significant factor in the expansion of the economy.

Global flows of foreign direct investment exemplified a significant recovery in 2021, according to UNCTAD’s Global Investment Trend. This is now possible as a result of the government’s initiatives on the reform of FDI policy, investment facilitation, and ease of doing business.

The country has seen up to 108 new foreign project finance deals, compared to an average of 20 projects over the previous ten years, according to UNCTAD’s World Investment Report-2022. A new automobile manufacturing facility will cost $2.4 billion, while a steel and cement complex will cost $13.5 billion to build.

The profitable attraction of foreign investment to the manufacturing industry. It was an essential component of the nation’s effective economic strategy as it moves closer to achieving its next objective of being the third-largest economy in the world. For the past few years, the primary driver of growth in global project finance has been invested in renewable energy. In a similar vein, India has obtained funding for 23 overseas renewable energy projects.

What types of investors should India seek out?

Investments may be made automatically or through official channels. Investors may participate in the industries listed in FEMA rule 16 using the automatic method without first obtaining the government’s or the RBI’s clearance. There is a process to follow and prior consent is needed for the government route. The RBI allows non-resident Indians (NRIs), persons of Indian origin (PIOs), and foreign institutional investors (FIIs) to invest in the primary and secondary capital markets and to purchase shares, debentures, and share warrants of Indian Inc. (PIS).

Deloitte found that if India wants to increase its goods exports to $181 billion in 2020-21, it has to lure significant FDI into 7 capital-intensive industries. Food processing, chemicals, automobiles and parts, textiles and apparel, pharmaceuticals, electronics, and capital goods are some of these sectors. A substantial portion of the FDI influx during April–August 2022 was accounted for by manufacturing, communication services, computer services, retail and wholesale trade sectors, and financial services, according to the RBI.

The growth of the Indian economy depends heavily on foreign investors. In order to make conducting business easier and draw in foreign investors, the government is attempting to reduce compliance concerns. On this line, the Insolvency and Bankruptcy Code (IBC) was introduced. Regarding the business environment’s ongoing progress, India moved up to the 40th position in the global innovation index, moving from 142 in 2014 to 63 in 2020, according to the ease of doing business ranking.

The government has made a few changes to the labor rules to make it easier for businesses to operate. India has started the National Single-window System, which will serve as a one-stop shop for investors, business owners, and Business Inc. to obtain the approvals and permissions they need.

In order to promote FDI, the government is also developing an investor-friendly policy. The nation is enabling automatic foreign participation in the telecommunications sector at 100%. Government clearance is not required for investments made by non-resident investors or Indian businesses.

The FDI cap in the insurance industry has increased from 49% to 74%. FDI inflows to India have increased as a result of the government’s efforts to liberalize the FDI policy, notwithstanding the significant selling by international portfolio investors. Gross FDI flows are rising, according to the RBI’s monthly bulletin. From $82 billion in 2021 and $74.4 billion in 2020, it rose to $83.6 billion in 2022.

According to UNCTAD’s World Investment Report-2022, India saw an all-time high in net foreign direct investment (FDI) inflows of $60 billion in 2020, up from $51 billion in 2019. Due to macroeconomic volatility, increased outside investment by Indian Inc., and the repatriation of foreign investors, it fell to $45 billion in 2021 and again to $39.3 billion in 2022, according to the RBI. 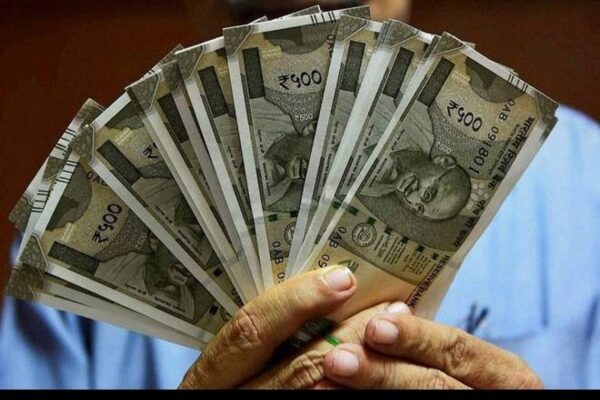 The media has focused on several tax-related cases. The application of capital gains taxes in the cases of Vodafone v. India and Cairn v. India are two well-known examples that were on the verge of collapse. With regard to Vodafone, India’s retroactive demand for capital gains and withholding tax damaged its standing as a nation with a strong legal system.

To restore the shattered reputation, the government passed new legislation in 2021. It renounced all of these requests and issued an Rs. 8,100 crore return. Similarly to that, in 2022, the government will reimburse Cairn Energy Rs 7,900 crore it had seized. In order to regain investor trust, a stable and predictable tax system was implemented.

To attract foreign investment, the government needs to step up its game through political stability, favorable legislation, a restructured goods and services tax, and a supportive business environment. To deliver top-notch infrastructure across the nation, the government has started a National Infrastructure pipeline. Nevertheless, as potential investors highlighted in the Deloitte poll, the government will have its work cut out for it because poor infrastructure is a deterrent.

The current wait period for a US visa interview is close to 1,000 days.

What impact does the new data privacy bill have on you?