Gautam Adani, who has become the richest billionaire in India, and Asia’s richest man, has planned to build renewable power plants in the northern part of Sri Lanka, a remote area situated at India’s northern tip. His decision to launch a renewable power plant in the location may lead him to the epicenter of an International clash in politics.

Sri Lanka is trembling under the burden of the worst economic condition since its independence from Britain in 1948. But, it seems that India is now in the midst of a potential tussle with China on the island. The location is considered an integral ground because it is in the middle of the key global shipping lanes and is one of the most important locations for India to surpass its Asian rival.

In the front, news has surrounded the air that Gautam Adani, who is one of the supporters of Narendra Modi has been accused by the Sri Lankan lawmakers of signing port and energy deals. It is intimately associated with New Delhi’s interests.

Adani group has continuously denied the allegations mentioning that the investments are the need for the trembling economic conditions in Sri Lanka.

Currently, Adani has a net worth of 137 billion USD, and controls an enormous location that ranges from ports, coal plants, power generation, and distribution.

Adani has accumulated most of his fortune from India. However, he has signed many overseas deals. He told the shareholders in July that seeks a “broader expansion” to develop relations with other foreign governments to expand its infrastructure.

The initiatives and Adani’s perceived closeness to Modi’s administration have raised accusations on the Gujarat-based conglomerate that he is the cash cow for India’s fight against China. China is intended to develop belt and road infrastructure, which will, in turn, increase Beijing’s influence on the strategic countries and the global stage.

One of the resident fellows at the Pacific Forum research institute in Honolulu has stated that Adani could find success in countries that have better relations with India compared to China.

Adani’s investments in the countries like Israel and Sri Lanka have competed with the Chinese state-owned firms even though India has a shortcoming in terms of financial weapons compared to China.

The tension has been building out rapidly in Sri Lanka. Adani’s investments in the location to expand its infrastructure, energy, and power projects coincide with the Indian government’s intention at home. 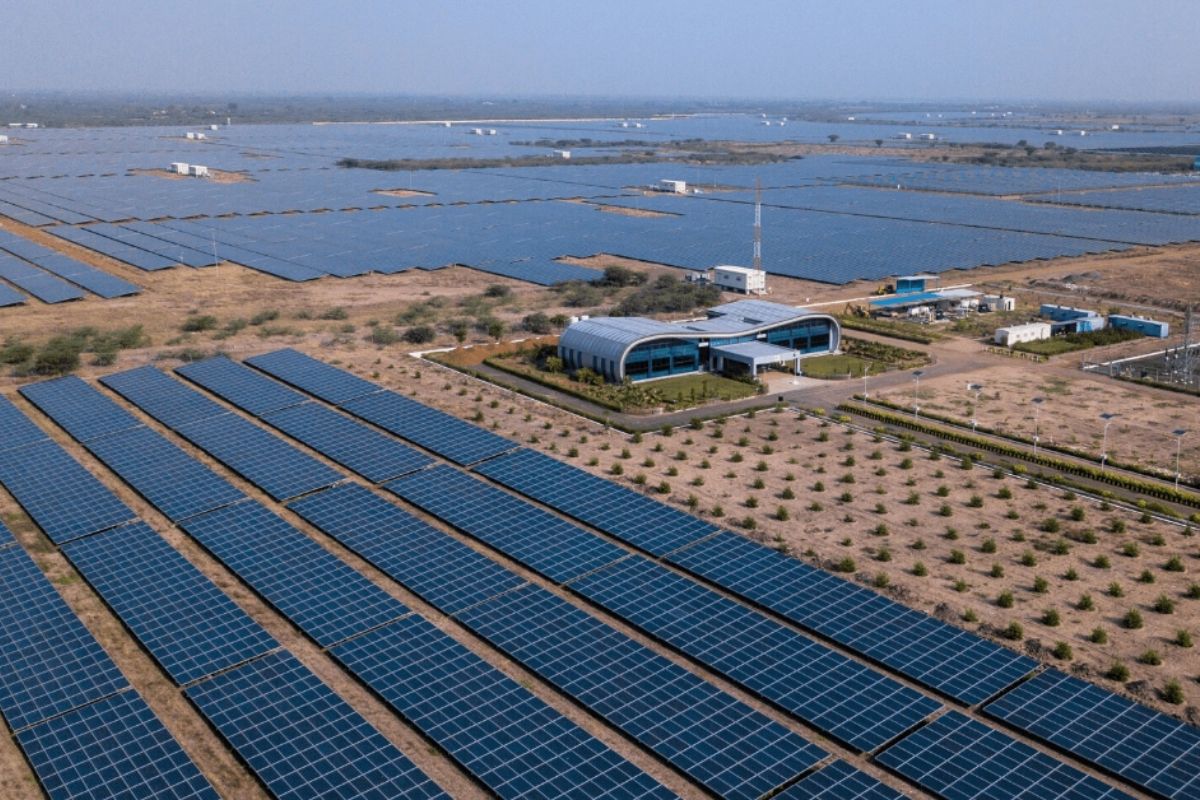 Adani has denied multiple times that his forms receive special treatment from the Modi government.

Gotabaya Rajapaksa, just after it signed an agreement of 750 million USD in the Colombo port deal.
It can be regarded as an example of India’s investment in developing infrastructure in Sri Lanka after Colombo pivoted to Beijing in recent years for the development of ports to highways through Bet and Road and invested in debt-fueled projects.

Adani Group has made a 70 billion USD move towards the green energy market and toured Sri Lanka’s north. The region has been deprived of investments after the country overcame the crisis in 2009. The visit has been called a turning point after the Rajapaksa government prevented the Chinese solar projects in the Palk Straits between India and Sri Lanka. The decision has been taken due to security concerns in the location.

Other local media reports have revealed that Adani signed agreements to build 500 megawatts of renewable energy projects in Pooneryn and Mannar, other northern districts of India in early 2022.
Currently, India is concerned about Chinese access to the Indian Ocean and is backed by the friendly regimes of Pakistan.

A spokesperson from the Indian Ministry and Adani Group has declined to comment on this matter.

Adani has openly criticized China at a conference organized in Singapore. He has mentioned that China is isolated with the Belt and Road facing resistance.

Adani Group’s expansion overseas is going to be challenging. His global ambitions will face challenges. Most of the opposition parties have blamed his intention for aligning with the propaganda of the Modi government and blamed the Rajapaksa administration for supporting it.

Why is Adani linked with the India-China Conflict?

Adani, like Prime Minister Modi, hails from the Western part of India. He built his fortune in the last decades by emphasizing critical fields like infrastructure, and energy.

Adani, whose business was yet to expand during the time in India was among the Gujarati businessman who helped Modi to create a pre-business image by signing a biannual investment summit.

Adami’s fortune experienced an upward trend when Modi was appointed the prime minister in 2014.

In recent years, China’s belt and Infrastructure projects have brought billions of dollars to the South Asian country, but Srilanka’s financial crisis coupled with food, fuel, medical, and power shortages has provided scope for India to push its window with India.

What caused the Space Shuttle Challenger disaster and how NASA's safety rules evolved?