Global uncertainty would create challenges for India’s export sector in 2023.

India’s exports had an extraordinary fiscal year 2021–2022 ending. The Reserve Bank of India (RBI) reports that exports of goods and services reached a new high of $683.7 billion in 2018–19, surpassing the previous high of $545 billion. The $429 billion in merchandise exports was particularly remarkable because it broke the psychological barrier of $400 billion.

This fiscal year, nevertheless, has seen a sharp loss in the growing momentum of merchandise exports, so this year’s “feel good” aspect is already a thing of the past. Measurable exports decreased by 1.5 percent from July to November after increasing by 24 percent in the first quarter compared to the same time in 2021, mostly because of a 17 percent decline in October.

Indian exporters have a difficult time coping with the significant headwinds produced by global political and economic uncertainty. With international agencies expecting a major economic slowdown in 2023, the outlook is not optimistic. In contrast to the 3.5 percent growth in 2022, the World Trade Organization (WTO) had forecast that the amount of global merchandise trade would only rise by 1 percent in 2023.

Therefore, if the prospects for global trade are any indicator, the trends in India’s slowing merchandise exports could get worse. Unless commercial services exports are able to overcome the current pessimistic views, the current account position could be significantly strained given that India’s merchandise imports increased by over 20 percent from July to November while exports grew negatively. 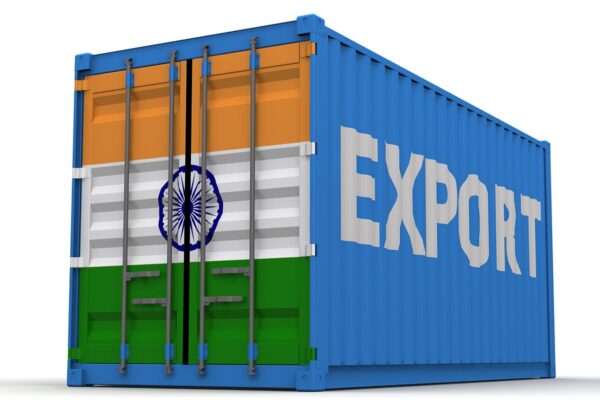 Thus, the actions taken by the government to safeguard exporters’ interests would be closely followed. In our opinion, the government must encourage exporters by giving them immediate, short-term assistance while also developing medium-term strategies to do so, as global political and economic uncertainty are likely to continue to be constant companions. It is hoped that the government would soon put its affairs in order and announce the urgently required foreign trade policy.

The government has already taken proactive steps to raise the level of export incentives it already offers by utilizing the Remission of Duties and Taxes on Exported Products (RoDTEP) Scheme, which should bring some reassurance to exporters.

The system, which will go into effect at the start of 2021, aims to reimburse all customs, taxes, and levies that were paid at the Union, state, and local levels on the exported product, including any cumulative indirect taxes paid at a previous stage on the commodities and services used in its creation.

Under the RoDTEP scheme, rates of duty remission typically vary from 0.01 percent to 4.3 percent of the value of export consignments. The RoDTEP system had been expanded to cover 10,436 tariff lines at 8-digits of the Indian Trade Classification based on the Harmonized System, which became effective on December 15 according to a notification made by the Directorate General of Foreign Trade (DGFT) in the first week of December.

The RoDTEP program had 8,731 tariff lines covered prior to this change. The program, which covered 8,548 tariff lines and went into force on January 1, 2021, underwent a second adjustment at that time. The plan had not previously expanded its coverage to include multiple substantial export-oriented industries, such as medicines and chemicals.

The RoDTEP scheme received Rs 13,000 crore in budgetary assistance during the first year of its operation, nevertheless, the updated projections for the year demonstrated that the payouts were more than Rs 500 crore less than the anticipated amount.

An initial allocation of Rs 13,699 crore was provided in the Union Budget for 2022–23; this amount was then raised to Rs 14,245 crore. The government would need to significantly boost the allocations for the remaining months of this fiscal year and the following one in order to fully implement the expanded program in the current fiscal.

The Department Related Parliamentary Standing Committee on Commerce of the Rajya Sabha stated in a recent report that the revised allocations “is not sufficient” to meet the needs of the sectors that were previously excluded from the scheme.

The fact that the notified rates of remission under the RoDTEP plan are extremely low is another pertinent point to the standing committee has frequently emphasized. This seems like a good argument, so the government must get started right once on a study of the remission rates to make sure the program achieves its goals. Budgetary allocations for the RoDTEP scheme in 2023–2024 must be based on the results of this exercise. 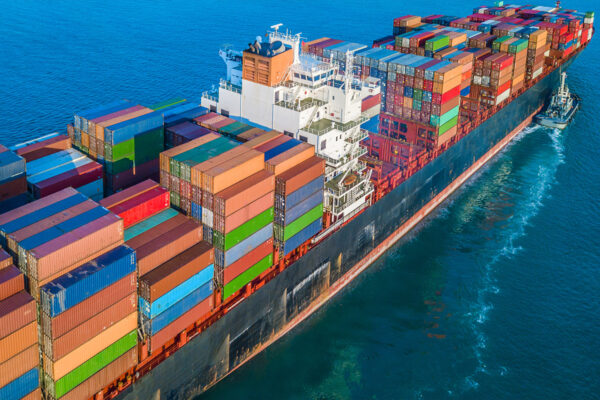 The government implemented a few small steps to address the growing current account deficit. The share of Russian mineral fuel imports in India’s trade basket increased from 1% in February to 22% in November, indicating that India is still purchasing inexpensive oil from Russia.

In addition, 100% broken rice, which may be used to make the alternative fuel ethanol, was outlawed in India on September 9. On July 1, customs taxes were raised from 7.5% to 12.5% in an effort to lower gold imports. To increase export competitiveness, the government also implemented programs like the Atmanirbhar Bharat Abhiyan and Production Linked Incentives (PLI) schemes.

Some industries, including high-value pharmaceutical formulation and vaccines, have benefited from this. Foreign smartphone makers have been attracted by PLI, and Indian manufacturers of electronics and engineering goods are now able to participate in global value chains.

However, it is still too early for India to engage in active participation, as China does. Telecommunication and turbine equipment exports have increased, nevertheless, this has had very little total impact on exports. They nevertheless expand at a rate that is significantly slower than imports, increasing the trade deficit and weakening the rupee.

The access to India’s exports in developed markets, particularly the EU and US, is progressively being hampered by extra-trade regulations including labor, the environment, and intellectual property rights (IPRs).

The Environment Act, introduced by the UK, forbids the import of agricultural products and livestock such as beef, cocoa, coffee, soy, and maize, whose production is linked to extensive forest destruction. The benefits of these fiscal initiatives, which include structural reforms and trade negotiations, will take time to materialize, but monetary policy can offer a temporary fix for the macro figures. Financial tightening in the US is another aspect contributing to the dropping rupee. The US Fed has increased interest rates by 350 basis points since March 2022. The returns on US government securities, which are regarded as the safest assets by international investors, have increased.

On August 1, 2020, the yield on a two-year US Treasury bond was 1.56%; on December 9, 2022, it was 4.50%. The rupee’s value is being negatively impacted by the resultant capital flight from the Indian economy. In addition, the long-term yield is rising.

India’s 4.4% of GDP current account deficit increased to $3.6 billion. The cost of imported goods and energy used in domestic production and services increases as the value of the rupee declines, contributing to domestic inflation. The RBI has been raising policy rates by 225 basis points every month since March in an effort to control domestic inflation.

But it’s important to consider how long the Federal Reserve keeps raising interest rates. The US economy as a whole and the labor market are both robust and expanding. Consumer confidence increased significantly between July (51.55) and December (59.70).

People received money throughout the epidemic thanks to the robust social security payment system and COVID-19 assistance program(Paycheck Protection Program) in the US. The money in savings accounts was plenty.

Businesses leaped into action as the economy opened up, adding to the overflow in demand. The need for laborers expanded in both low-skill gig-type occupations like waiters, delivery boys, etc., and high-skill occupations like financial services. A higher mortgage rate for homes was helping banks make money.

While real wages are progressively diminishing, housing prices have not yet begun to decline. Real wages only decreased by a pitiful 1.2% between November 2021 and November 2022, and that too at a period when the European war was driving up commodities and petroleum costs. All of this indicates that the Fed must keep to its plan of ongoing rate increases throughout the majority of 2023.

This is bad news since tightening monetary policy would raise the yields on US Treasury securities, strengthening the dollar. The stabilization of India’s external sector would have a difficult time in 2023. It continues to be a major concern that could have an impact on future employment opportunities and GDP growth.

Cristiano Ronaldo joins Al-Nassr: A look at the transfer saga

Ten Points that depict the world economy's unstable trajectory throughout 2022