Cristiano Ronaldo joins Al-Nassr: An examination of the transfer saga
The Saudi club has pulled off a transfer coup, instantly raising the profile of both itself and the Saudi Pro League.

In the early hours of December 31, Cristiano Ronaldo signed a free transfer with Saudi club Al-Nassr. According to the Guardian, Ronaldo’s two-and-a-half-year contract (until June 2025) is worth approximately €200 million (£177 million) per year (approximately £3.4 million per week) after all commercial agreements are signed.

This move follows weeks of speculation dating back to before the World Cup. A shocking Ronaldo interview with Piers Morgan was made public in November. He slammed his former club, Manchester United, and its manager, Erik ten Hag, in it. Ronaldo was released by United shortly after the interview, allowing him to become a free agent.

While his move to an Asian club is a step down in terms of football quality for him, it is a watershed moment for the global game.

Ronaldo throws a temper tantrum to become a free agent.

The last five months’ worth of events all played a role in today’s announcement. Ronaldo started the season at Manchester United. United were coming off a disastrous 2021-22 season in which the team failed to win any silverware or also finish in the top four of the Premier League, despite Ronaldo’s above-average goal tally (24 goals in all competitions). Despite scoring the odd goal, many observers felt Ronaldo’s game was deteriorating.

The goals stopped coming in the new season, and Ronaldo appeared to be a shell of his former self. The fact that Manchester United hired Dutch coach Erik ten Hag, also formerly of Ajax FC and a tactical guru who has made a name for himself in Europe, at the start of the season didn’t help matters. Ten Hag was hired as a “project manager” to carry out a long-term plan to return Manchester United to the top of English football. Ronaldo’s stature, however, was insufficient for ten Hag to include him in his plans. He was unfairly benched for several games.

Ronaldo misbehaved numerous times throughout the season, resulting in a cold war between player and coach. For example, he refused to be substituted at the end of a game in which United was already cruising to victory against Tottenham. While the game was still in progress, he was seen walking into the tunnel. And in the few chances he did get, Ronaldo produced some of his worst performances of his career.

The last five months’ worth of events all played a role in today’s announcement. Ronaldo started the season at Manchester United. United were coming off a disastrous 2021-22 season in which the team failed to win any main silverware or finish in the top four of the Premier League, despite Ronaldo’s above-average goal tally (24 goals in all competitions). Despite scoring the odd goal, many observers felt Ronaldo’s game was deteriorating.

When the Piers Morgan interview surfaced in November, after the team had already disbanded for the main mid-season World Cup in Qatar, many people were unsurprised. Ronaldo didn’t hold back, criticising the club’s infrastructure, owners, and, most importantly, the coach. The majority of Manchester United fans and the club were critical of the interview, particularly his remarks about ten Hag (“I do not respect him”). He was quickly let go by the club and became a free agent.

The problem for Ronaldo was that, despite expertly orchestrating his departure from Manchester United, no club in Europe seemed interested in his services. Rumours circulated that Bayern Munich, Atletico Madrid, and Chelsea were “interested” in signing him, but these were quickly debunked. Ronaldo had clearly outlived his prime, but lacked the self-awareness to recognise it. As a result, he was useless to almost any top team with a long-term strategy.

Furthermore, bringing in Ronaldo is an expensive proposition. While his presence has a high commercial value for the club, obtaining his services would be expensive. Only a few top clubs in the world have the financial means to sign Cristiano Ronaldo. And there was no indication that Ronaldo had agreed to a lower fee. Things had come to a halt.

Al-Nassr, a Saudi club, has relocated.

Ronaldo’s meeting with Al-Nassr was first reported in late November, when Italian journalist Fabrizio Romano tweeted about a “imminent deal” between the two parties. However, Ronaldo denied these rumours at the time, stating that he was focused on Portugal’s World Cup campaign (in which he also got benched by the knockouts). However, following the World Cup, the rumours became more intense, culminating in Al-Nassr announcing Cristiano Ronaldo’s signing earlier today. So, what exactly is Al-Nassr? What made them sign Ronaldo? Most importantly, how were they able to sign Ronaldo?

Simply put, Al-Nassr is one of Saudi Arabia’s most successful clubs, having won over 30 trophies across all competitions since its inception in 1955. Its headquarters are in Riyadh, and it is currently ranked second in the Saudi league, trailing rival Al-Shabab. Al-Nassr means “victory” in Arabic, and clubs of the same name can be found all over West Asia, including the United Arab Emirates, Qatar, Kuwait, Bahrain, and even Libya. The Saudi club, however, was the first to use this name.

It is now one of Asia’s largest clubs, with top Saudi players as well as a smattering of international talent such as Cameron’s Vincent Aboubakar (formerly of Besiktas and Porto) and also Colombia’s David Ospina (formerly in Niece, Arsenal and also Napoli). Cristiano Ronaldo will be the club’s most high-profile signing in history, and he is widely regarded as the biggest player ever to play professional football in Asia. Al-Nassr relies on Ronaldo’s name recognition. A player like that raises the profile of any club he joins, bringing in interest and revenue from all over the world. Within hours of signing Ronaldo, Al-social Nassr’s social media following more than doubled. Its website is currently down due to high traffic that they did not anticipate. While Cristiano Ronaldo will continue to be a handful in the Saudi League, likely scoring a lot of goals with some internationals thrown in, this isn’t just a “footballing move.”

How was Al-Nassr able to afford Ronaldo? Is this a larger political game?

Al-Nassr is a wealthy club, one of Asia’s wealthiest. They have signed European stars before; in 1998, they famously signed Bulgarian legend Hristo Stoichkov on a two-match contract to help them win the Asian Cup Winners’ Cup. Fabio Cannavaro, the 2006 World Cup winner and Ballon d’Or winner, took over as manager of the club in 2015, but his tenure was brief.

The larger workings of the Saudi league and also Saudi politics in general are more important than Al-personal Nassr’s ability to sign Ronaldo. Saudi Arabia has been planning its own tournament since traditional rival Qatar won the right to host the FIFA World Cup. Several reports surfaced during the 2022 tournament about a potential Saudi bid for the current 2030 Fifa World Cup, with Crown Prince Mohammad Bin Salman photographed with Fifa president Gianni Infantino on several occasions.

Bringing in a player like Cristiano Ronaldo would undoubtedly boost Saudi football’s stature and aid the country’s reported 2030 bid.

Notably, Musalli Almuammar, the current chairman of Al-Nassr, was previously the main President of the Saudi Pro League and also is known to be close to the ruling family. In 2020, he was named “Adviser to His main Excellency Chairman of Entertainment Authority,” according to his LinkedIn profile. The Saudi Entertainment Authority is an important part of Saudi Arabia’s Vision 2030. 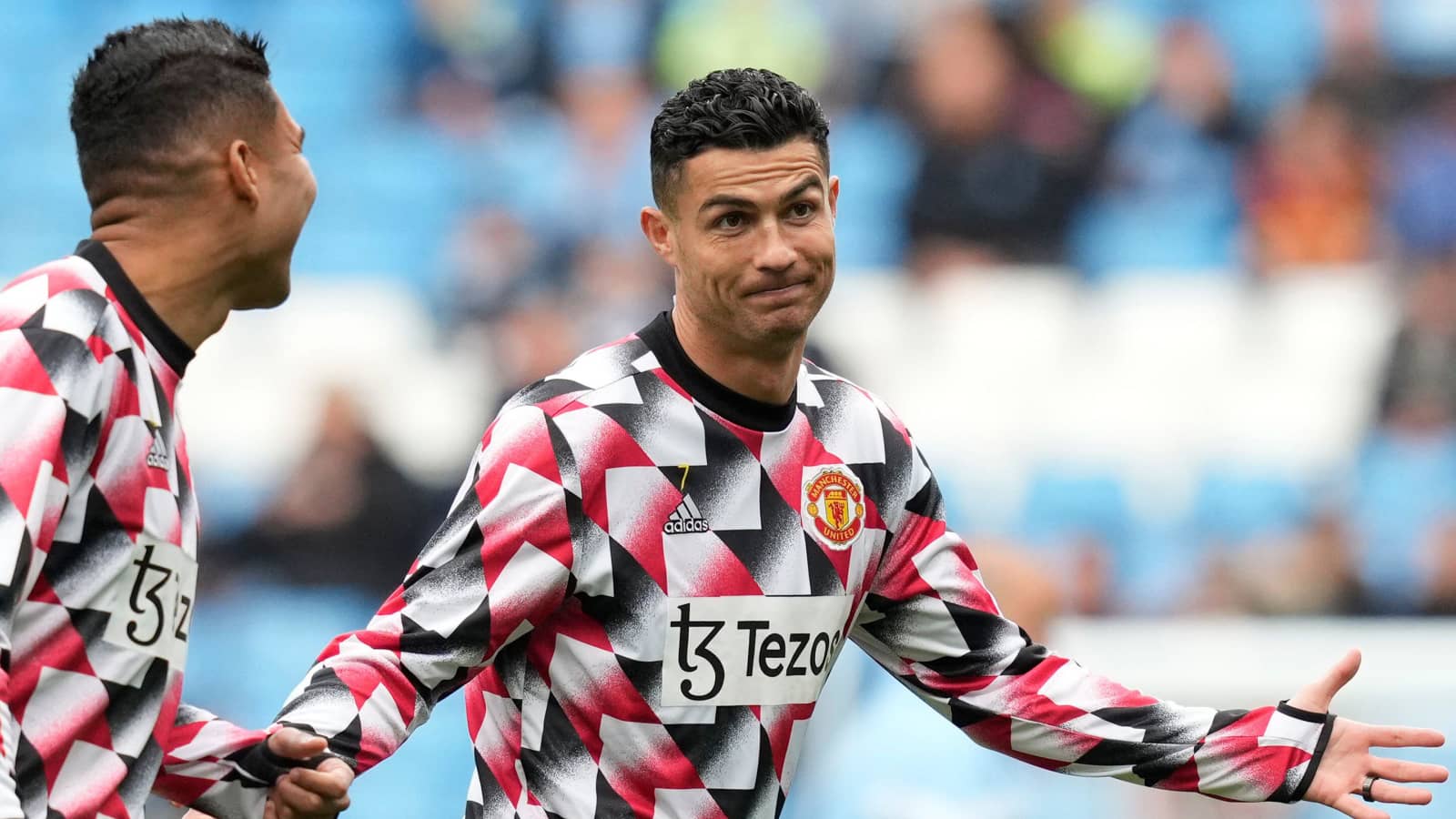 Not the first star to be signed to help a league or country’s profile.

While Cristiano will be the most well-known name in this category, he is not the first to sign a multi-million dollar contract for reasons other than football. The Chinese Super League in 2016-17 is a good example of this. The Chinese government heavily promoted the sport at the time, with owners receiving a slew of benefits and also incentives to help clubs compete with the current best in Asia and, eventually, Europe. The signing of marquee players increased the club’s profile significantly. The following were among the most notable newcomers:

Why do parties want to have offices in the BMC building?

Global uncertainty would create challenges for India's export sector in 2023.