Recently, Bikaji has been listed in the stock market and now plans to enter the IPO market within the span of eighteen months.

Haldiram’s is run by a trio of brothers and has planned to increase its operations in Delhi and Nagpur in an attempt to be a leading supplier of Indian snacks.

But it may come as news that Bikaji and Haldiram are two brothers operated by the same owners.

Ganga Bisha Agarwal, who was known as Haldiram, began to take an interest in his father’s bhujia business. It was an incident of 1919, and Bikaner was familiar with Bhujia.

But, Ganga Bishan, at a young age, decided to bring his own twist, and the experiment came to be an instant success; the initiative resulted in two entities in the FY2022 which gathered a revenue of 9000 crore INR.

Ganga Bishen had three sons who were devoted to the generation of various snack companies.

During the 1950s, Ganga Bishen arrived in this city with his son Satyanarayan and Rameshwar Lal and established the Haldiram Bhujiawala brand. According to the biography written by Pavitra Kumar in 2016, his wife and three younger sons have managed the Bikaner shop.

The business in Kolkata has experienced tremendous growth over the years and has expanded the business beyond traditional bhujia.

Haldiram experienced rapid growth between the 1960s and 1990s:

Ganga Bishan returned to Bikaner in the 1960s and handed the authority to Rameshwarlal and Satyanarayan. The latter separated from the family but failed to reach their father’s level of success.

Rameshwarlal separated the business from his brother Mollchand. This made the businesses in Kolkata and Bikaner separate from each other.

The 1980s experienced the expansion of the business to Maharashtra, accredited to shiv Kishan Agarwal and his sister, after the immense success of the flourishing business in Nagpur.

The younger sons, Manoharlal and Madhusudan, took the brand to India’s capital New Delhi in 1984. The attempt has given a national and international repute to Haldiram.

Shiv ratan took the authorship of the company in Bikaner and made it in Bikaji, which underwent public listing a couple of weeks ago.

The brothers and their cousin emerged as Prabhuji engaged in a battle to win legal rights over the name Haldiram Bhujiawala in the early 1990s.

The legal trouble caused the Delhi business to change its name to Haldiram’s.

The law battle lasted for ten years, and it was resolved in 2010 when Prabhu and his brother ran the Kolkata entity. The verdict was that they were prevented from using the name Haldiram’s in his business.

Currently, the Delhi unit is operated by Manoharlal and Madhusudan Agrawal. The Nagpur unit and Bikaner unit were operated by Shiv Kishan Agarwal.

The Kolkata unit was run by Rameshwarlal’s son Prabhu Agarwal.

Haldiram and Bikaji to go public: 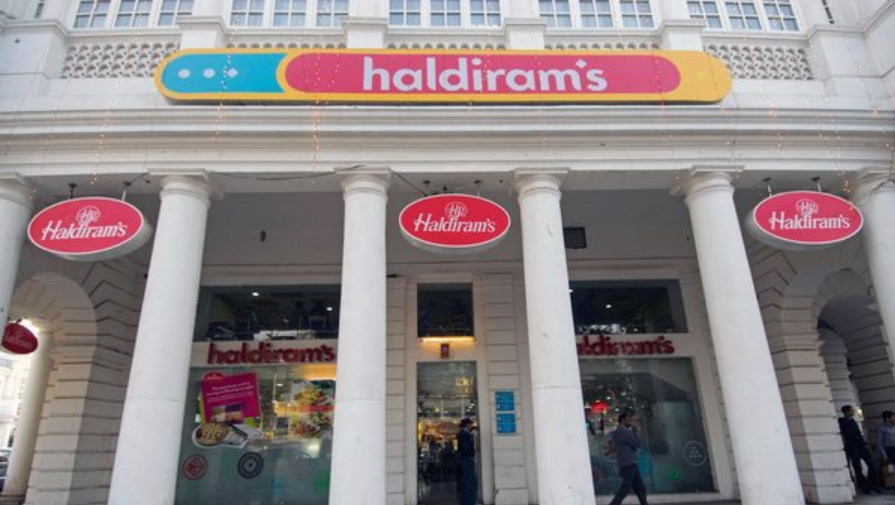 They have stated that an IPO could be impossible for the company since the way the brands are divided could be confusing for both the customers and the stakeholders. The internal structure would not be able to support it.

A recent survey has shown that the Haldiram entities hold a stake of 48.5 percent in the Indian ethnic snacks market.

Previously, Manohar Lal Aggarwal mentioned that the company plans on entering the stock market within one to three years. It would prove to be one of the biggest IPOs in the country after LIC.