Healthcare sector reformation in the light of COVID-19 pandemic

The COVID-19 pandemic that we are suffering from right now was an eye opener for the state of India’s health infrastructure. Never did we imagine a day where we’d be losing our loved ones owing to a shortage of hospital beds and oxygen cylinders, and neither did we expect to stand in line for hours and hours to get the medicine required to save their lives. The economy, the unemployment, everything that we’ve borne during the time has been secondary in terms of distress, the primary pain has been the large number of dead bodies that we’re standing on. 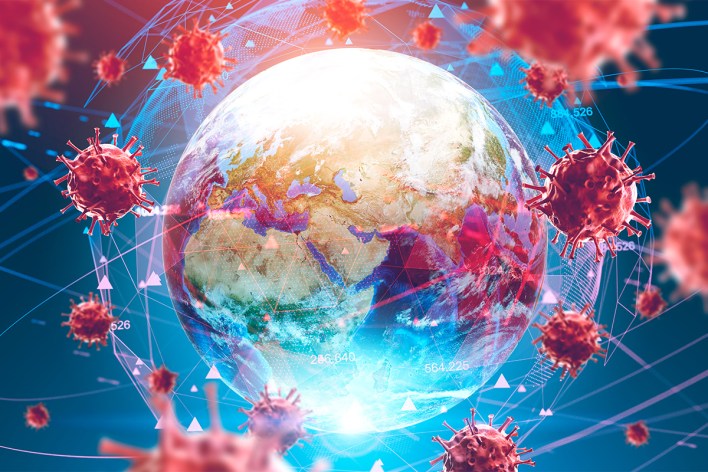 To desperately watch your family members go away at the hand of the country’s insufficiency has not only been traumatizing but very agitating as well, and it’s time we start talking about it more often. However, let’s constructively do that.

Let’s discuss ways for India to revolutionize and transform its public health sector, for it’s no longer a want but a hopeless need.

To begin with, let’s analyze the current situation of healthcare in the country. As is seen currently, this inadequacy of the country’s healthcare system is not new. Insufficient manpower and fewer institutions have been a concern for quite a while now, and the conversation has always been dodged with procrastination and lousiness.

Rural India, which suffered a great deal of losses during the second wave of the virus, witnessed the aggravated result of the lack of primary healthcare services available to them. As a result of this, they had to rely on temporary treatments and inefficient management, resulting in a great deal of lives lost that we’re keeping track of, today. This was observed primarily due to a shortage of medical personnel, doctors, nurses, skilled workers et cetera in the country. Also, note that 66 percent of the Indian population resided in rural areas, a fact worrisome on its own.

Even before the COVID-19 crisis that brought along lines of patients reaching out for hospital beds, India’s doctor to patient ratio is also very depressingly low, standing at 0.7 doctors per 1000 patients, as opposed to the required strata of 2.5 doctors per 1000 patients as per the World Health Organisation. We’re still a long, long away from reaching the target, and looking at the track record of the pace we’re going in right now, we are in for a terrible ride. As for the COVID-19 crisis, we can only imagine the public health burden felt on the service providers and the sector.

The inefficiency of the system only makes it worse, with unaccountable data tracking and ill management of basic requisites adding to the case. The telehealth services and inculcation of digitalization in streamlining the processes and being more open to prospects of transparency would not only help reduce the patient load strain but would also help increase consumer confidence and private investment in the sector.

So, the understaffed, poorly located and ill-equipped institutions need to change the approach as soon as plausible, for the situation is going out of hand at the moment. And to be fair, the sector requires some out of the way support from the government in terms of budgetary allocation and fiscal action steps, which, even during the emergency, has been missing in action.

Case in point, the budgetary allocation to the health infrastructure sector in the budget of the current fiscal year, which was disappointingly inadequate, to say the least. Various health economists and experts have been vocally reprimanding the government’s lost opportunity to capitalize on the health sector, the repercussions of which were seen in the disappointing second wave and would be witnessed in the coming one. 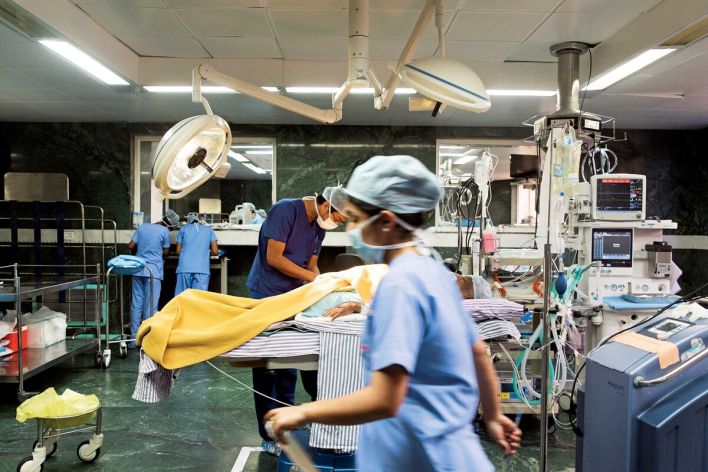 So, the journey towards transformation would be a long one but it has to begin, step by step, sooner than we’re anticipating. To begin with, let’s start with the hygiene situation of the healthcare sector, with less than 20 percent of hospitals passing the general health guidelines and about 60 percent of injections being unsafe. This is a depressing number, especially at a time when basic hygiene and sanitation techniques are proving to be life savers. The basic protocol for the government should be to ensure the setting up of a sanitation and hygiene board, that regulates and controls the respective condition of the sector, primarily in the rural and public ones.

The incidence of healthcare-associated infection seeps in here, which in the case of intensive care units of India, go as high as 30 percent. This not only increases morbidity and expenditure but also acts as an agent to reduce public trust in the sector. A systematic approach to creating adequate staffing mechanisms, safety, and health protocols, and environment improvement through investment and budget allocation is an important requisite.

A situation like COVID -19 can help the country achieve that because it is the first step to put a hold on infections in the healthcare units, despite the disapprovingly high patient burden they incur.
Increased budgetary allocation in the sector and using it to improve the staff shortages and personnel lacking the institutions would also be a considerable step in the needed direction. Putting in place mechanisms to increase transparency and accountability would also help improve public confidence in the sector, which is at a rather grim right now.

Not only that, due to poorly available health sector institutes in the public sector, patients that can afford to seek private institutes, 60 percent of whom have to pay hefty famous from their pockets. The role of medical insurance is still very constricted in a country like India and this is a huge drain on their financial resources, for unplanned immediate and heavy expenditure, like the one that happened during COVID-19, is draining on their budgets.

A movement away from this comes as a two-tier approach, one that begins with changing the outlook of public sector institutes, using the approaches we talked about earlier in this discussion. The second approach, however, is inculcating adoption of health insurance amongst the people, which would require both public and private sector to come together to ensure people are more open to and included in the policy changes that comes in respect of health sector insurance. This would ease the country’s approach to financial planning and would also help the country come out better in terms of consumption and other parameters after the crisis is over.

The healthcare sector still has a very long way to go, but it is time that we start taking big action steps to get those changes done. The pandemic that showed the people how terrible our health system is, requires the sector to revolutionize itself to be what it should be because no patient deserves to die simply because there weren’t enough doctors to attend them or there wasn’t enough oxygen to support his last breaths.

Iran likely had failed rocket launch, preparing for another

The road to economic growth passes through the tunnel of SME sector, major impact on country's economy