The warning of a potential $4 trillion loss in global economic production will be in the ears of the top financial officials from around the world as they meet in Washington in the coming days. That is the gap between the growth outlook through 2026 and Germany’s size that IMF chief Kristalina Georgieva pointed out last week as a potential danger.

She will be the moderator as central bankers, finance ministers, and others examine how the world economy is being affected by rampant inflation, aggressive monetary policy tightening, rising debt, and the most considerable ground combat in Europe since World War II. The fact that the IMF and World Bank annual meetings will be conducted totally in person for the first time since the Covid-19 outbreak in early 2020, illustrating progress in managing the epidemic, will be of little consolation given the other problems.

The current economic, climatic, and security issues are unprecedented since 1945, according to world policymakers. However, some aspects, like the chaos the Federal Reserve’s interest rate increases in the early 1980s caused in emerging markets, are relevant to the current situation. The head of the Washington-based Center for Global Development, Masood Ahmed, stated last week that the key topic for the talks is “What are we going to do in terms of the institutional reaction to this, beyond business as usual.” 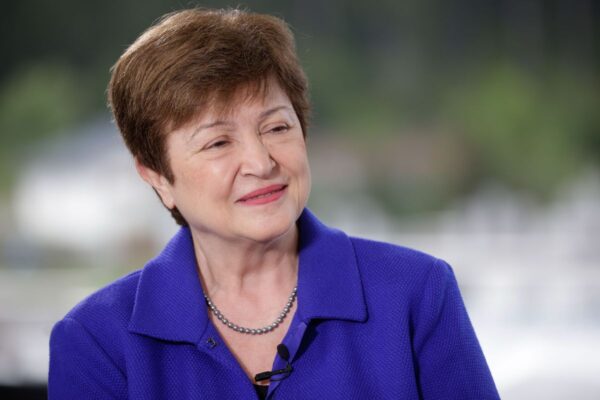 Here is a brief overview of some problems that officials will face:

This Tuesday, the International Monetary Fund puts out its World Economic Outlook. According to Georgieva’s remark from last week, the 2023 global growth forecast of 2.9 per cent will be changed.

Ukraine: The nation that Vladimir Putin’s soldiers invaded in February will continue to be a topic of discussion, from the effects of a poor grain crop to Russia’s gas rationing in Europe. For the first time since early March, the IMF board granted a loan to Ukraine on Friday in the amount of $1.3 billion.

The UK: Although the new government of Prime Minister Liz Truss made a partial U-turn on a tax-cut proposal that the IMF had criticized due to market turbulence, the country is still at risk.

The Fed: Other economies are being harmed by US tightening. According to IMF assessments, a quarter of developing economies and 60% of low-income countries are in or very close to debt distress. 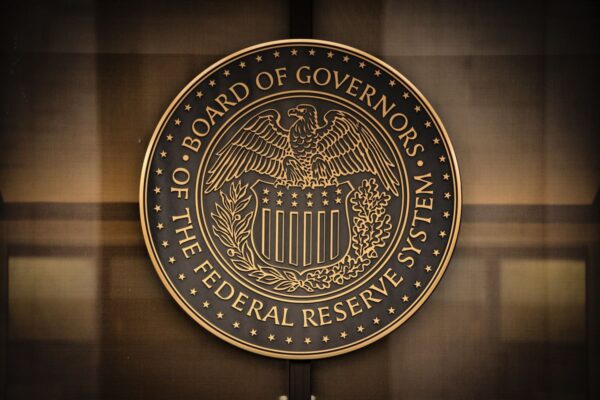 Climate: Recent disasters, such as flooding in Pakistan and a storm that hit Puerto Rico and Florida, have proved that the situation is only worsening.

Other noteworthy events this week include the Nobel Prize in economics announcement, the UK’s financial stability report, a rate hike in South Korea, and a quicker core inflation reading in the US.

According to Bloomberg Economics

According to Anna Wong, Andrew Husby, and Eliza Winger, “many may suggest that the rest of the world can’t afford any further Fed hikes” when international finance ministers and central bankers congregate in Washington for the World Bank-IMF meetings next week.

The consumer price index will be the main event this coming week in the US. The Labor Department’s report will provide Fed officials with an overview of how inflationary pressures are changing following a series of significant interest-rate rises on Thursday.

According to economists, the CPI increased by 8.1 per cent from a year earlier in September, slowing down from the 8.3 per cent annual growth seen in August as energy costs stabilized. The so-called core CPI, which excludes food and fuel, is still increasing, with an anticipated annual growth of 6.5 per cent compared to 6.3 per cent in August.

This would be the highest improvement in the core measure since 1982, demonstrating persistent inflation and setting the stage for the Fed to raise interest rates for a fourth consecutive meeting in November by 75 basis points.

A number of US central bankers, including vice chair Lael Brainard and regional Fed presidents Loretta Mester, Charles Evans, and James Bullard, will address investors in the upcoming week. The Fed’s September meeting minutes will be public on Wednesday.  Data on the prices paid to US producers is another type of information. As commodity prices decline amid worries of a worldwide economic slowdown, so-called wholesale inflation has begun to moderate.

Retail sales statistics will mark the culmination of the week. According to economists, a rise in auto sales will help September’s economic growth remain modest. The value of retail sales, when autos are excluded, is projected to decrease for a second month. The lack of an inflation adjustment means that the data indicate a third-quarter slowdown in merchandise demand.

Rhee Chang-Yong, the governor of the Bank of Korea, might make a small U-turn over the pace of rate increases. Although he resumed his customary quarter-point step in August, many economists anticipate that he would choose to make a move twice that size on Wednesday as the Fed’s quick tightening puts pressure on the won.

The State Bank of Pakistan is anticipated to hold the benchmark rate constant for a third meeting, while the Monetary Authority of Singapore is anticipated to tighten it for a fifth consecutive meeting. After switching to smaller rises, Assistant Governor Luci Ellis might provide insight into the Reserve Bank of Australia’s most recent policy considerations.

The movements of the yen are still closely watched, therefore Bank of Japan Governor Haruhiko Kuroda and Finance Minister Shunichi Suzuki will be in Washington for the IMF meetings.

The start of the week is Monday when the economics Nobel Prize is announced. In order to add a sixth category to the existing prizes for physics, chemistry, medicine, peace, and literature, Sweden’s Riksbank launched the award in 1968. In 2021, three academics from the United States were recognized for their efforts in transforming empirical research through experiments that drew on real-world scenarios.

The Bank of England’s Financial Policy Committee will be in the spotlight on Wednesday, which is a clear sign that the UK is facing significant issues.

The panel will make public the minutes of its most recent meeting. The group was in charge of intervening urgently to stop a bond market spiral last month. That could reveal whether officials believe there is a chance that the turmoil that already affected pension funds in the wake of Britain’s mini-budget could return. It might also cover the effects of a sudden rise in mortgage rates. Several officials, many of whom will appear at or close to the IMF meetings, are scheduled to speak in the upcoming week, including BOE Governor Andrew Bailey.  Similar to that, a number of other European politicians will give speeches in Washington or the surrounding area. Both Thomas Jordan, president of the Swiss National Bank, and Christine Lagarde, president of the European Central Bank, are slated to make speeches.

The UK will have the biggest news in terms of European data. Reports on employment and growth may provide a more complete picture of how the British economy is faring in the face of rising rates and high inflation. This Wednesday, the eurozone’s industrial production is anticipated to have partially rebounded in August after suffering a noticeably greater decline in July.

The remainder of the region will emphasize data on inflation. On Tuesday, the rate of price growth in Hungary could approach 20%, while on Thursday, the main indicator for Sweden is anticipated to rise above 9%. Reports on inflation will also be released for Israel and Egypt. Further south, for a third consecutive month, Ghana’s gauge of price increase is anticipated to exceed three times the central bank’s 10% target.

The week begins with the carefully awaited weekly Focus poll of market expectations from the Brazilian central bank. For 14 weeks in a row, analysts have raised their 2022 GDP projection to 2.7 per cent while lowering their 2022 inflation forecasts to 5.74 per cent.

This increasingly optimistic assessment of Brazilian consumer pricing will likely be supported by the data that was presented on Tuesday. According to analysts, price growth will likely have slowed down for a third consecutive month in September, leaving the annual pace at just about 7 per cent, which is a full five percentage points below April’s 12.13 per cent top.

As the nation’s inflation is on the verge of reaching a three-decade high, the central bank of Chile is almost set to continue its record-breaking tightening cycle, potentially boosting the benchmark rate by 50 basis points to an all-time high of 11.25 per cent. December will see the next bank meeting.

The minutes of the Mexican central bank’s meeting on September 29—at which the main rate was increased to a record 9.25 per cent—is published on Thursday. Before policymakers decide that their work is finished, many analysts predict that the spread will tighten another 125 to 175 basis points.

Argentina is anticipated to announce September year-over-year inflation on Friday, bringing the week to a close. This figure is predicted to be close to Turkey’s record high of 83.45 per cent for the Group of 20 countries. The central bank of Argentina questioned analysts who predict a year-end rate of 100.3%.

Does Gender Affect One’s Propensity for Developing a Gambling Addiction?

Japan's economy might be restructured as a result of inflation.