According to the freedom house world report 2021, India has seemed to lost its status as a ‘free’ nation and has now downgraded to a ‘partly free’ nation. According to this report developed by a U.S. think tank, India has been reported to have scored 67 out of 100, having stumbled down by four points in the previous year, shifting its status from being a free country to a partly free country. What is important to notice here is that the score of the country has been constantly declining for the past few years, coming to 67 now from 77 in 2017. The country has scored 34 out of 40 points in the political rights division, which is a pretty decent score but when we look at the civil liberties division, the score is 33 out of 60 which is too low and quite impossible to ignore. India’s track record in the protection of media freedom and individual rights has not been great either. The global watchdog has correctly helped us all in understanding the fact that India which was supposed to be one of the countries that ran solely on the principle of democracy which was considered as the world’s largest democracy, has now started towards working on the principle of the authoritarianism. India, which was supposed to be on the other side of the stage standing tall as a symbol of democracy, is now among all the other countries which are following the principle of authoritarianism and dictatorship such as countries like China and North Korea, etc.
However, it has been seen that whenever there has been any sort of criticism that has come their way, the government has always tried to dismiss it in terms of having an ‘anti-national’ narrative with it. However, in a democratic country like India and an information-driven world, the criticism regarding democratic values needs to be elaborated on, answered, and addressed instead of just dismissing the criticism in the name of having an ‘anti-national’ agenda and a foreign hand. If, on one hand, we proudly mention our country’s achievements and international performances in some areas like when India rose by 14 spots in the World Bank’s annual report on ease of doing business in the year 2020 or when Universities of India found their way in the global top 100 universities list, it also becomes important that we take some efforts to address criticism in other areas as well, otherwise, we are nothing but hypocritical. It is being said that the political rights and civil liberties of the citizens in India have been worsening since Modi became the Prime Minister of India. A lot of criticisms were coming for the Modi government and their role in this.
The areas that are seen to be responsible for this decline in the civil liberties score are:
1. The introduction of policies that are discriminatory towards Muslims and which gave rise to a lot of violence.
2. Suppression of dissent expressions by the media, the students, civil society groups, and protestors.
Scenario Towards Muslim
According to the report, 80% of the population is granted the right to secularism i.e. they are free to follow, practice, and propagate any religion of their choice but it is also true that some of the Hindu organizations and media outlets indulge in promoting anti-Muslim views. The Modi government has been accused, time and again, of encouraging such practices and activities. At the time of the riots that took place in Delhi in February 2020, almost 53 people, mostly Muslims, were killed after there were discriminatory changes introduced to the country’s citizenship law. According to the report, the implementation of the Citizenship Amendment Act and the government’s decision to introduce a National Register of Citizens which threatened to classify Muslim voters as illegal immigrants were also one area that has impacted the position of India in the Freedom status report. The report also said that cow vigilantism is still practiced and that Muslims are attacked for slaughtering and mistreating cows as cows are considered holy and sacred in the Hindu religion. It is said that in the Hindu religion, a cow is considered a god, therefore killing or mistreating cows, in general, becomes a major issue in the country. With Muslims being blamed for spreading the pandemic in the country to the acquittal given to BJP leaders at the time of the Babri Masjid demolition case shows the kind of discrimination that the country experiences towards Muslims.

See also  The Man behind Slow Poisoning of Cash 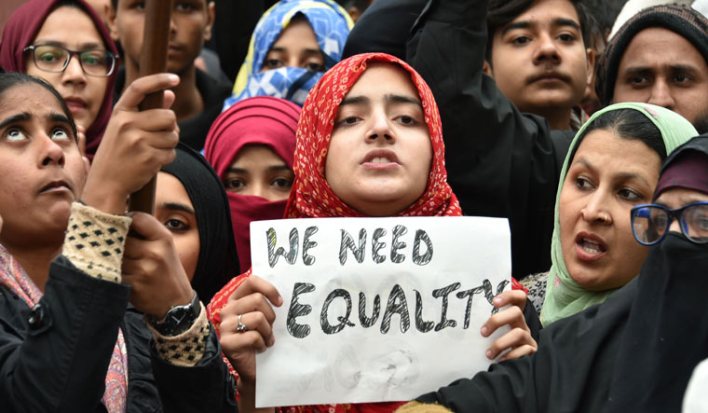 Freedom in Institutions
According to the report, the extent of freedom provided to institutions such as the Election Commission and the Supreme Court is still a matter of question. When we look at the salaries and tenures of the information commissioners, we would notice that the control for this is given in the hands of the central government, clearly implying the kind of political pressure these institutions would have been exposed to. Talking about the Supreme Court and its functioning, the way the 2019 case verdict allowed the construction of the Ram Mandir on the site where the demolished Babri Masjid was. This clearly shows how the institution is working.

On The Media Front
According to the report, the media has remained less ambitious since the Modi government came into power because it is seen that the authority has been using sedition, defamation, court charges, security to suppress the critical media voices. The report said that there is no academic freedom as well and that the professors, students are pressurized not to discuss topics that go against the ruling government of India’s and Pakistan’s relations and topics that concern the condition in Kashmir.