India’s economic transformation has reached an all-time high. Global manufacturers are focussing beyond China, and Prime Minister Narendra Modi is trying his best to grab the moment. The Indian government is spending approximately 20 percent of its budget on capital investments this fiscal year. The assets have been considered to be the largest during the period.

Narendra Modi is trying to work best on the idea that the nation that has surpassed China as the most populous nation in the world has vast economic potential. It will take many struggles to reach the exceptional scale, which includes overcoming the battles of corruption and inequality in the population of 1.4 billion people.

Nandan Nilekani, the founder of Infosys, has remarked that the nation is on the verge of a massive change. India has created the capacity to sustain tens of thousands of startups, a few billion smartphone, and rates of data that ranks the lowest in the world. India’s economy is being benefitted from different factors: Here’s how

On the other hand, the U.S-China rivalry has worked in favor of India. India and Vietnam will have the greatest advantages when the companies shift towards a “China-plus-one strategy. The statements have been revealed by an analyst. Apple Inclusive’s three key Taiwanese suppliers have gained incentives from the Modi government to boost the production of smartphones in India and exports. The shipments have doubled from April through December, which accounts for 2.5 billion USD.

The powerhouses of China and Germany are struggling with slower growth, the stakes have increased to search for another nation that has the requisites to run the global economy. Morgan Stanley has predicted that India will be responsible for one-fifth of the expansion of the world in a decade. They have further positioned the nation would be able to generate more than 400 billion USD in annual growth output.

The data has been reflected based on India’s Sensex trading, which is higher than other emerging markets.

Nilekani has further added that people are searching for places for the next decade where they would be able to put their capital, and he has never seen such interest during the fifteen years.

Modi has tried his level best to increase manufacturing in the nation. It started with the ‘Make in India campaign’ in 2014, which emphasized weakening China and other east Asian members, which includes South Korea, Taiwan, and other countries that dealt with products that the world wanted to purchase. The program has been advantageous and has boosted 25 percent of India’s GDP. The ratio has increased tremendously to 17.4 percent, as compared to 15.3 percent in 2000. On the other hand, Vietnam’s factories doubled the GDP during the period.

Being the current year’s president in G20 nations has proved to be impactful for the country. The external strategy has allowed the nation to increase the purchases of Russian oil by thirty-three times.

The nation has given severe competition to China where a dozen of Apple’s Chinese suppliers are moving to India to expand their operations and divert their production in India.

Many companies believe that the country is positioning itself in a certain manner and being a part of the G20 presidency, India has become a bridge, between different nations. India is a place to be presently given its strong international affairs.

In the 75th independence speech, Modi addressed the public, stating that India can dominate the world. The people must try to make India a developed nation within the next twenty-five years.

Bloomberg’s economics have stated that India’s GDP will increase by 8.5 percent in the next decade. It will be contributed due to corporate tax cuts, incentives for manufacturers, and privatization of public assets. They have predicted that India is likely to become a 10 trillion USD economy by the end of 2035.

Modi has emphasized spending on the country’s infrastructure. Since his election win in 2014, Narendra Modi has strived to increase road connectivity. The nation’s national highway network has grown 50 percent longer, there has been an increase in the number of domestic air passengers. 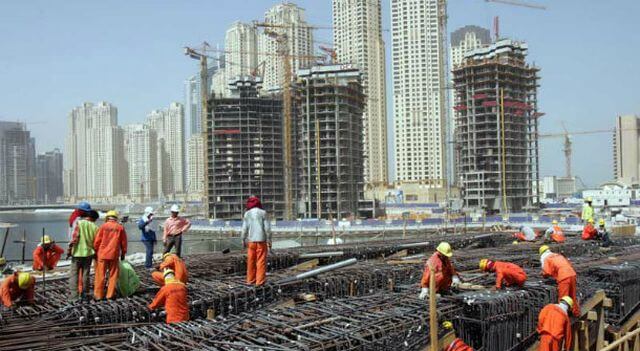 Economic advisor of Modi has stated that the government is trying to create opportunities for all citizens. They have increased manufacturing to a quarter of GDP, which will allow the creation of jobs. It is considered a top priority.

The Government is trying to compete with China by investing 24 billion USD in incentives over the next few years in dozen industries. They are emphasizing the mobile phone segment, semiconductors, and solar panels by Reliance Industries ltd. The government would emphasize the production of electrolyzers in the coming years.
The nation is estimated to reach rapid growth. It is fundamentally performing well as an economy despite the shortcomings in the neighboring nations.