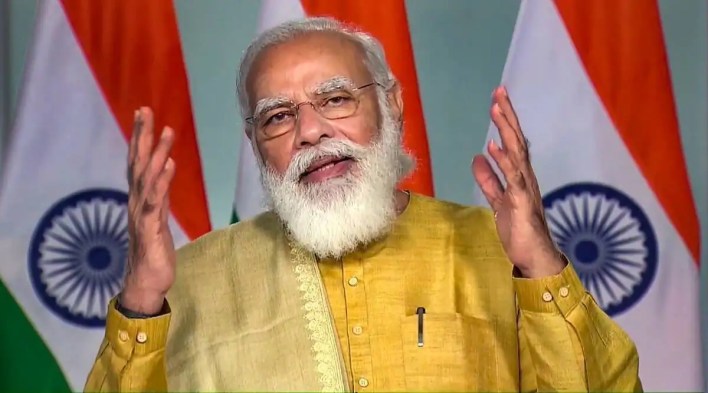 But the Modi government has become habitual of this discomfort and has showcased his unsettling behavior with almost all the non-BJP Chief ministers. During the Bengal elections in April, his obsession for gaining the seats became so heartfelt that he forgot to pay attention to the dying Indians in the country due to the deadly second wave of COVID. While as a responsible Prime minister, he should have worked for the welfare of its citizens, arranging vaccines and other supplies for them, Modi forgot to even shed a single tear for the moribund nation.

The vendetta, post-election politics, and harassment of the ministers did not stop for the BJP even after receiving the nasty defeat in West Bengal. PM Modi, out of his egocentrism and a tendency to play dirty politics, began his hostility. Four Trinamool Congress ministers were arrested by the CBI merely a few days after TMC won in Bengal.

The centre also called the Chief Secretary without consulting the Chief Minister last week, which scandalized many people. A charge sheet was presented to the Chief Secretary even though he was appointed as the chief advisor by Mamta Banerjee after taking his retirement.

Mamta Banerjee: “A dictatorship is going on by the Modi government.”

If they were so concerned about the corrupted ministers then why did not the BJP government ensured that these ministers get arrested before? This is nothing but a pure act of egocentrism and discomfort shown by the BJP government as they defeated in the most challenging constituency as per their records, even after putting so much. Mamta Banerjee has been complaining about Modi’s treatment of senior non-Congress ministers at COVID review meetings.

“We feel intimidated and humiliated. Is it a dictatorship led by the Modi government?. The Prime Minister feels so insecure that he has not listened to even the other ministers. What is this that he is feared?” Asked Mamata Banerjee.

The bicker between the governer of different states and the non-BJP CMs is also a prime example of this. Governor of Bengal Jagdeep Dhankar and Mamta Banerjee have showcased this bickered several times. Both individuals are from different parties and are always found uncooperative with each other. The post-election violence in Bengal drew the attention of the whole nation as several innocent people had to suffer.

Many women were raped while many people’s homes were burnt. Several were killed by the party workers while many were tortured. Both the parties were equally held responsible for the violence. But moments after Bengal CM Mamta swore for her third term, Jagdeep Dhankar, the government of WB sent out an abhorrent message to her mentioning, “We should end the senseless, frightening post-election violence.

I hope that Mamta would be able to manage to curb the violence and make Bengal a better place for its citizens.” This statement clearly depicts evidence of the discomfort shown by the BJP leaders with non-BJP leaders.

There is nothing more to say about the famous feuds between Delhi CM Arvind Kejriwal and PM Modi. When Modi’s popularity, persona, and electoral reach would have easily ensured Kejriwal to taste a Nasty defeat in Delhi elections 2020, Kejriwal strived to consistently stand out against him. During the second wave of COVID-19, when Delhi was brimming with massive numbers of infected patients, BJP slammed Kejriwal for his unresponsible behavior. The ongoing vaccine crisis in the national capital is also a prime example of it. There are no vaccines available for the 18-44 age group in Delhi.

There is no procurement of the vaccines by the center to states, hence the vaccination drive for 18-44 age has completely stopped. Similarly, the Covaxin doses have completely exhausted, so many patients who had to get their second dose have missed their dates and are agitated as there are no Covaxin doses available for them. The central government on the other hand is not doing anything for the procurement of vaccines for the states.

It is the mere responsibility of the centre to ensure that Delhi receives its doses but the Delhi CM Arvind Kejriwal is arranging the vaccine by himself through global tenders since PM isn’t bothered about the residents of Delhi.

CM Kejriwal said there had been “some serious mistakes” in the vaccination effort. “If the Indians had been vaccinated promptly, the effect of the second wave would not have been reduced, several lives would have been saved, many homes would have been saved from destruction,” he added. “India’s response to this situation was delayed by six months. We made a big mistake.

Instead of vaccinating our citizens, we started sending vaccines. Indian scientists are developing the world’s first vaccine. We should have started producing antiretroviral drugs at that time and started vaccinating our citizens on a large scale. I’m very sad that we are not working urgently, ”he added. The centre is busy blaming the states, while the people suffer due to mismanagement.

The diminishing Cooperative federalism under the Modi era

“Team India”, “cooperative federalism”, and “working together” are some of the most used by PM Modi. But ironically, there is no cooperative federalism existent in India now, as stated by the above-given examples. Cooperative federalism is a concept of democracy under which the states and centre work together for the welfare of its citizens and run the governance. But Modi’s discomfort with various non-BJP CMs of states has made it evident that federalism is no longer existent in India. Modi was successful last year when he took prime ministers on board to implement his COVID strategy. But in 2021, five provinces were elected, and politics came.

Non-BJP nations have complained of a lack of oxygen and vaccines and others such as the Delhi government have gone to court. Unfortunately, the controversy has replaced the growing number of regional satraps. Modi knows that his real challenge comes from the district administration. The dirty politics have changed India’s concept of cooperative federalism.

As the pernicious COVID-19 pandemic is knocking at India’s door, again and again, the country surely needs to work together. The centre and states should come up for the sake of saving its citizens. Politics should not be a priority for now, as humanity is endangered. BJP should overcome the electoral mindset for now. It’s a humble request to our PM, please leave your ego behind, and help the distressed citizens.