Mortgage rates have climbed to 4.42 per cent, An economic shock to the housing market

Prospective buyers in the United States have already had it tough, with double-digit price rises and fierce competition for available properties. They are now confronted with a new dilemma as rising mortgage rates exacerbate the affordability crisis.

According to Freddie Mac, the average mortgage rate increased to 4.42 per cent for the week ending March 24. Since January 2022, when rates were sitting at 3.2 per cent, rates have risen by more than one percentage point. The present rate is the highest for homebuyers since March of this year.

Homebuyers may face hefty fees as a result of the higher rate. A rate of 4.4 per cent on a fixed 30-year mortgage would cost someone an extra $250 per month for a median-priced home, according to Nadia Evangelou, senior economist and director of forecasting for the National Association of Realtors, compared to a buyer who bought in January when the rate was around 3.2 per cent.

In the United States, long-term mortgage rates have climbed to 4.42 per cent, the highest level since January 2019. 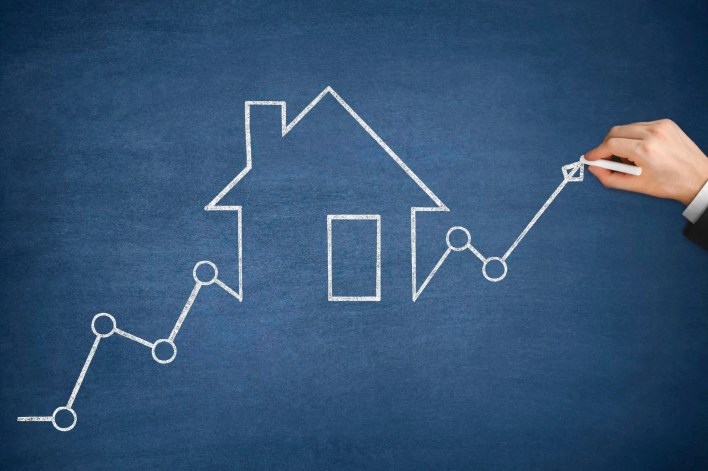 When the epidemic hit two years ago, the Federal Reserve fought the COVID-19 recession with practically every tool. It accomplished this by cutting its benchmark interest rate to 0%. Incentivized businesses to invest and borrow at cheaper rates of interest. It also urged buyers to enter the home market, aided by historically low mortgage rates.

All of that is now behind us. The Federal Reserve has shifted its priority from assisting the economy’s recovery to containing inflation. Since 2018, the central bank lifted interest rates last week for the first time. According to Freddie Mac, the average 30-year fixed mortgage rate increased from 3.11 per cent in December to 4.16 per cent last week in anticipation of the raise.

According to industry insiders, the rapid rise in mortgage rates represents an economic shock. Please look at what it’s doing to mortgage payments, for example. A borrower who took out a $500,000 mortgage at a 3.11 per cent interest rate would pay $2,138 per month. With a 4.16 per cent interest rate, that amount rises to $2,433. If rates rise to 4.5 per cent this week, the payment will increase to $2,533.

See also  Impact of COVID-19 on Indian Economy: Actions taken by Government for the same

“There will be a noticeable downshift in house demand if rates approach 4% before the end of the year. The blow to the system will be less obvious if mortgage interest rates steadily climb during the year, allowing property sellers to price their homes correctly.”

Of course, what we’re experiencing right now is far from gradual.

Now that rates are rising, Wolf has changed her mind: she believes it will take time for a “downshift” in buyer demand to take hold. Why? Wolf is seeing more home shoppers hurry into the housing market as rates have risen to intend to lock in rates before they go further higher. Simply put, rates exert upward pressure on an already hot housing market in the short run.

“The effect of rising mortgage rates on the housing market is contradictory. Homebuyers have been sparked into action to purchase a home before mortgage rates climb. Wolf informs any further, “Fortune. “Some home buyers are concerned that if they don’t buy now, they won’t be able to buy later due to affordability.”

The increase in buyer eagerness should provide the market with a short-term lift. However, the actuality of higher rates should put downward pressure on the housing market once it passes. Higher rates entail higher monthly mortgage payments for buyers, but they also mean that specific buyers (who must fulfil banks’ tight debt-to-income ratios) would lose their mortgage eligibility. Fewer purchasers should slow the increase in home prices in the United States, which has risen 18.8% in the last year.

However, don’t anticipate home prices to drop shortly: no central real estate agency predicts a drop in the next 12 months. What is the explanation for this? During the epidemic, inventory dropped dramatically (see chart below), and there were just not enough properties for sale to meet buyer demand.

We’d still have an inventory shortage even if some purchasers backed out due to rising rates, says Nik Shah, CEO of Home. LLC, a business that helps homebuyers with down payments in exchange for a part of any profits. According to Shah, housing prices would continue to grow “in 2022 and beyond,” according to his prediction.

Many housing economists would welcome a slight cooling of the housing market due to increased mortgage rates. One of the industry’s key concerns is that housing prices rise will continue to be unsustainable, resulting in an overheated market. After all, housing price increases can’t continue to surpass wage increases indefinitely.

Many housing economists would welcome a slight cooling of the housing market due to increased mortgage rates. One of the industry’s key concerns is that housing prices rise will continue to be unsustainable, resulting in an overheated market. After all, housing price increases can’t continue to surpass wage increases indefinitely. At the most recent reading, the year-over-year home price increase was still six times faster than income growth.

“Rising mortgage rates could eventually be good for housing by trying to bring the market back to a healthy place, but there will likely be some inequality collateral damage along the way,” Wolf told Fortune.

The housing market is cooling fast. 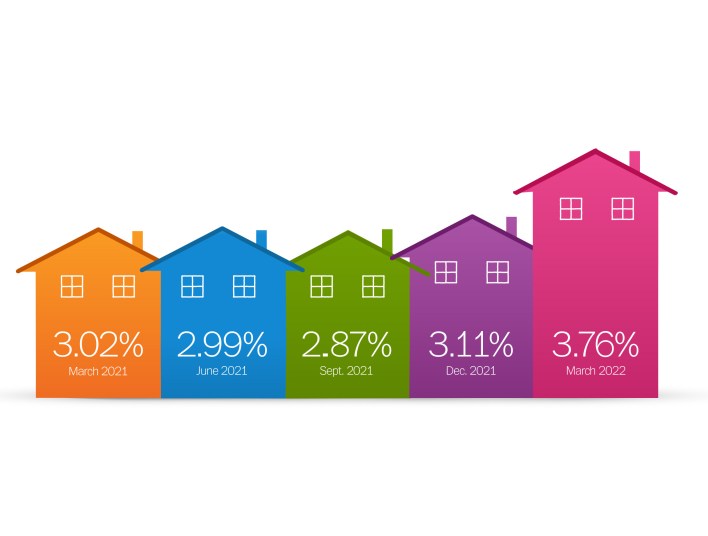 Despite this, certain fractures are appearing in the real estate market. For example, according to experts, the pending home sales index, which tracks contracts signed for existing house sales, fell 4.1 per cent in February, owing to affordability worries and a lack of inventory. According to Realtor.com, the number of active listings decreased by over 25% in February compared to last year’s same month.

In a research note, Ian Shepherdson, chief economist at Pantheon Macroeconomics, stated that “pending home sales follow mortgage demand, which has been swiftly declining since the turn of the year and is nowhere near bottom, given the sustained spike in mortgage rates.” “The property market is swiftly cooling, and sales are expected to drop by 20% to 30% by mid-year.”

“The writing is on the wall,” he said, “in bold, crisp, unambiguous letters.”

The more excellent price coincided with rising #inflation for homebuyers, which sucked more money out of each paycheck and pushed mortgage rates higher. The cumulative result, particularly for first-time purchasers, was a reduction in their budgets and selections.

Buyers are also up against a three-pronged attack: Housing and financing rates are currently more significant than in four decades, and high inflation. Due to rising gas prices, the average household would likely incur an additional $2,000 in costs, reducing their capacity to spend on other goods and services.

On Twitter, George Ratiu, senior economist at Realtor.com, stated, “For purchasers shopping for a home, the higher price came at the same time that rising #inflation not only took more out of each paycheck, but also pushed mortgage rates higher.” “The total consequence, particularly for first-time purchasers, was a reduction in their budgets and a reduction in their selections.”

Today, refinance rates fell across the board, but 30- and 20-year durations remain at over 4.5 per cent due to a recent rise in rates. Homeowners who want to refinance at the lowest possible rate should look at a 15- or 10-year loan, which has dropped to three-day lows.

Shorter terms have dropped to their lowest levels in three days, so buyers who can afford a larger monthly payment may prefer to lock in a 15- or 10-year rate. Even if rates continue to rise, rate locks assure that a buyer’s speed will not change for the following 30, 60, or even 90 days.

The evolution of mortgage rates over time 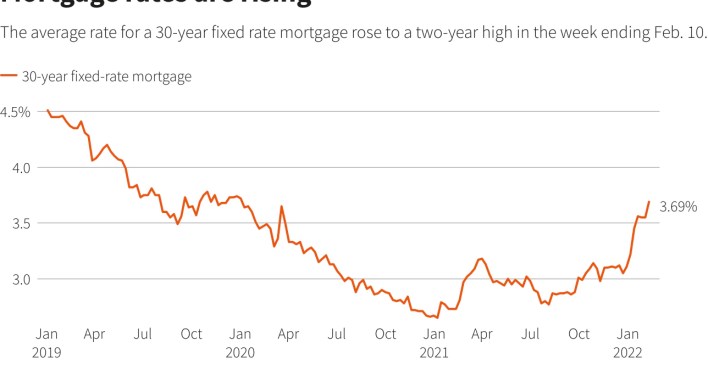 Today’s mortgage interest rates are significantly lower than Freddie Mac’s highest yearly average of 16.63 per cent in 1981. A year before the COVID-19 outbreak rattled markets around the world, the average interest rate on a 30-year fixed-rate mortgage was 3.94 per cent. In 2021, the average yearly rate was 2.96 per cent, the lowest in 30 years.

Because of the historic decline in interest rates, homeowners with mortgages from 2019 and earlier may be able to save a large amount of money by refinancing with one of today’s lower rates. When considering a mortgage or refinance, closing costs such as appraisals, applications, origination, and attorney’s fees should be considered. The mortgage cost is determined by these factors and the interest rate and loan amount.

How are trustworthy mortgage rates calculated?

The fluctuation of mortgage rates is influenced by changing economic conditions, central bank policy decisions, investor sentiment, and other variables.

The rates are based on a borrower with a credit score of 740 who is taking out a conventional loan to purchase a single-family home as their primary residence. The prices also assume a 20% down payment and no (or shallow) discount points.

The current average mortgage rates will give you an indication of what is currently available. The speed you get depends on a variety of things.

What is an acceptable mortgage interest rate?

A decent mortgage rate is the lowest you can get depending on your unique circumstances, such as credit history, income, previous loans, down payment amount, etc.

A reasonable rate for your financial condition should result in a manageable monthly mortgage payment while allowing money in your monthly budget for savings, investments, and an emergency fund. They should also compare them at A reasonable rate with the average rate in the area you want to buy.

Education sector gets the highest allocation in Delhi Budget 2022