It’s the 147th day since the country has entered into the restrictive movement due to the spread of novel coronavirus. A lot of things have changed and the world has learned the ‘new normal’ in every sphere of life right from education to work. The ‘new normal’ has touched upon our lives like never before and so did Coronavirus. 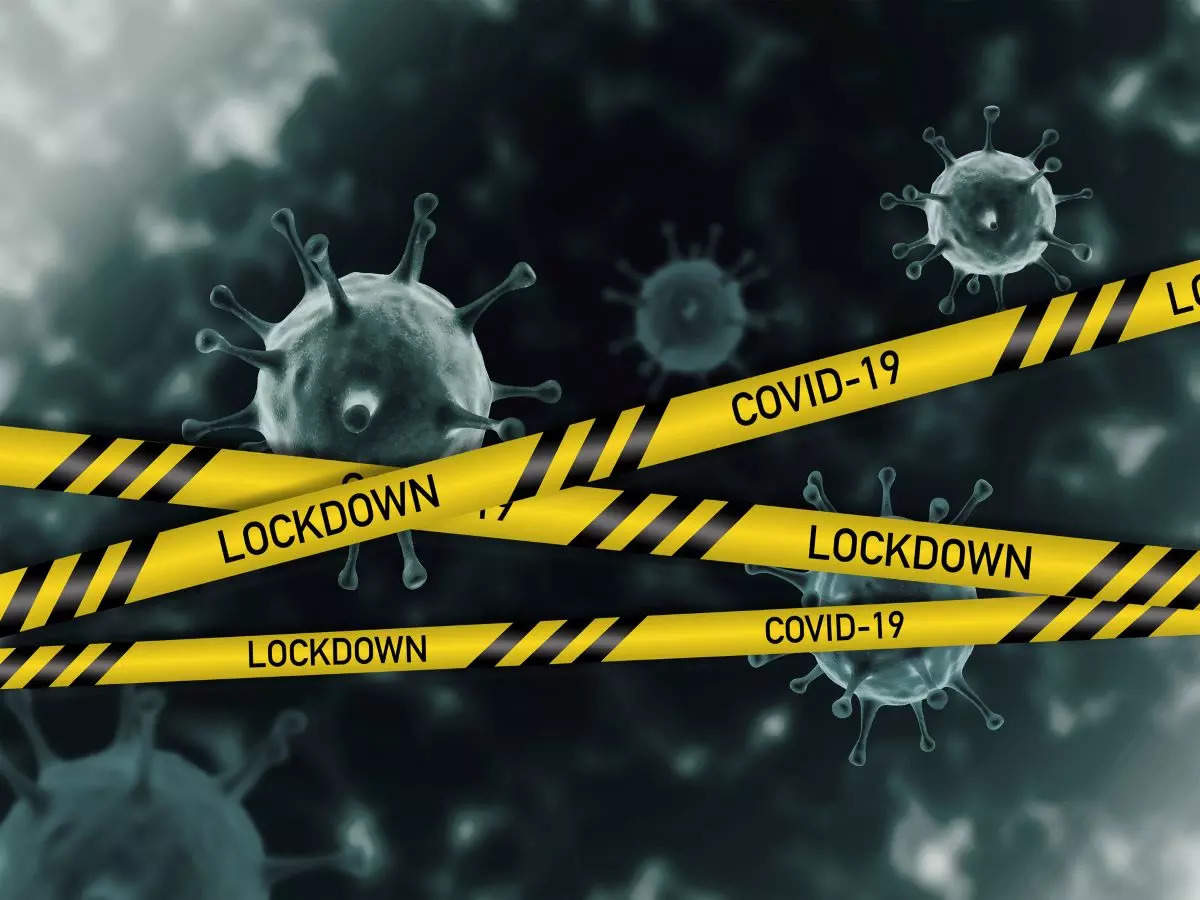 This Pandemic has taught us that illness doesn’t differentiate based on one’s economic ability and can strike anyone at any time even without visible symptoms. But that doesn’t only apply only to a health hazard, but also to a fully functional nation. In the prevailing circumstance, another lockdown might be the necessity but isn’t the available facility.

The number of Corona affected patients has touched 11,27,106 out of which 4, 02,529 are still active and 7,24,577 have been cured and discharged. The number of deaths has increased to 27, 497. With these stats, India has become one of the 1. India has crossed the tally of 1 lakh increased cases in just three days.

It seems like an exaggerated number provided the assurance was given to the people of the country. The doubt that has engulfed everyone’s mind is that was it necessary to Unlock the economy right when the peak of COVID was announced. Would another lockdown help in balancing the COVID numbers? Or would India top the list of the worst affected country due to COVID in nearing time?

The Corona hit
The first case of COVID was reported on 30th January 2020 in Kerala’s Thrissur where a student who had returned from the Wuhan University for vacations had tested positive. It took time for COVID to spread to the other parts of the nation and the count of COVID patients had reached 1000 on 28 January. The nationwide lockdown was imposed on 25 March which helped in containing the virus without a doubt. It took more than one and a half months for the virus to reach the 1000 mark.

With the effect of the lockdown, it took the virus even more time to reach the 1 lakh mark on 19th May. It was on 1st June that the Unlock process started. Wherein, the government started opening the economy step by step in a new series of successive Unlock stages. A significant upsurge has been noted ever the economy reopened. The country is currently in the first stage of unlocking and the virus has become even more voracious with lifting the tourism ban and liberalizing movement across the country. However, several states have imposed a lockdown to reduce numbers. 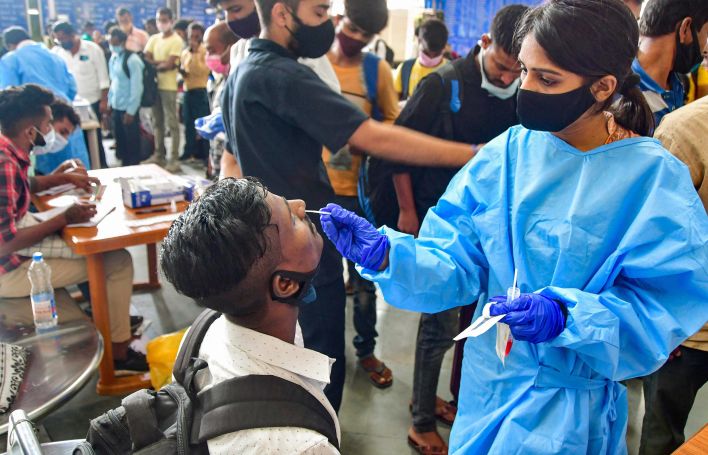 It has been an acknowledged fact that COVID has some serious implications on the economy, stating that the growth rate of the Indian economy has been staggered by the pandemic to 3.1% the lowest since 2003. But opening the country has exposed 1.5 billion Indians to the threat of losing their lives with a lack of health infrastructure. It seems like the Prime Minister has forgotten that we are still lurking beneath the deadly fear of the COVID-19. The thought of another lockdown is totally out of the box, however, the reasons as to why no further lockdown would be imposed should be pondered upon.

The Defence for Opening up
The best defense that the Government has is the stagnation of the economy and the rising rate of unemployment. The various business unions and organizations were utterly distressed because they been closed for more than 60 consecutive days. However, if there would no customers in the market, how would the opening up of shops be justified. Other factors that contribute to the rising level of panic in the citizen are the glaring media images and media consumption.

The citizen who was locked behind their doors has started to think about the effectiveness and the agility of the Modi Government to tackle the crisis. Everyday heart-wrenching images of the Migrant workers were out in the media’s arena and the country needed to be distracted. Therefore, as a result, to pacify the increasing dissatisfaction of the people, the shining glimmer of Unlock 1 was handed to the people.

Upliftment of economy at the cost of lives 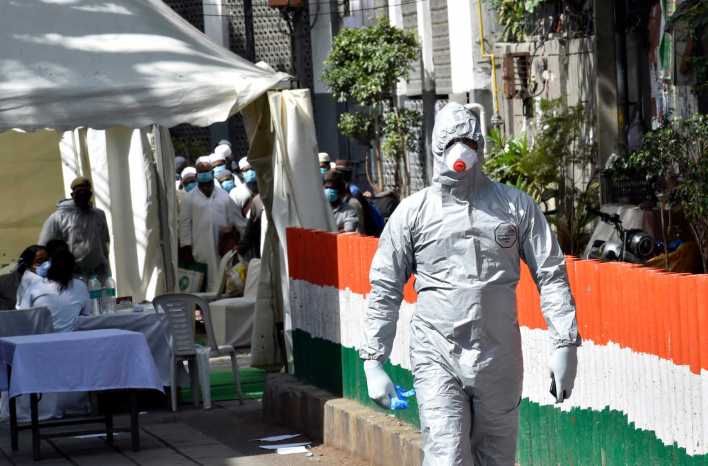 The aspect of reopening the nation is to understand as to why this step has been taken. The simple answer is to get the country back on the economical track. But what should be the center of focus right now, should be the health of people who are being exposed to such grave danger. This also brings another question in the mind of India being a non-self-sufficient nation.

It has to be accepted that India does have some loopholes that are making the administration very eager to open up the economy at the cost of a billion lives. COVID has resulted in a loss of almost every sector and aspect, the economy being the prime sector to be affected. But the loss of life is incomparable with the loss of money or education. So, the question that pops up is why is it necessary to put money before the life of the citizen when combating with a cureless illness.

The Unlock process has already started after 6 consecutive lockdowns
Another Lockdown would not be imposed since the process of unlocking the economy has already put in place. This is a planned move and the circumstance of this move had already been anticipated. Therefore, the question of its necessity heads the list. The director of All India Institute of Medical Sciences (AIIMS) has already notified that in the period between June and July India would face the peak of COVID-19.

Instead of taking the advice of the premier Health Institution of the country, Prime Minister Modi started the Unlock process right from the 1st of June. The cases are still rising and the growth rate of cases is increasing day by day. Today India stands at the brink where each new day brings new 30,000 cases with it. Doesn’t this hazardous situation call for a restrictive movement?

It is believed that big cities can fulfill big dreams, but in this case, the big cities have become even bigger hotspots of COVID. Provided the best of best health technologies in these metropolitan cities are still grappling with the effects that COVID has had on them, leave alone the economy, the people are contracting the virus in scores.

If this is the plight of the best of the cities in India how would the tier two and tier three cities cope with the increasing threats. In this case, opening up these cities would only add to the miseries and the already increasing cases of COVID. All the major cities of India like Mumbai, Delhi, Chennai, Bangalore, and Hyderabad are severely affected by Coronavirus. It is shocking to note that the best of the Indian cities also lacks a significant amount of health infrastructure. It has been observed that 75% of the total cases in Delhi are a result of Unlock 1.

The lockdown would be subjected to the decision of the states
In this notable decision, the central government has not only announced Unlock but has also got themselves out of prolonging the lockdown. They had a mild idea of the brewing frustration in the minds of people because of lockdown thus, they announced the Unlock process, however, they allocated the power of extending or imposing lockdowns in respective states, according to their predicament.

See also  From Biden to Congress, Big Tech is under mounting pressure

Now, the states are subjected to impose lockdown if need be. This way no one would be able to blame the Modi Government for being negligent of the fact of increasing cases as the states would have to tackle the increasing number.

Sabotaging the Political Image
The Prime Minister is well aware of the fact that if he goes back on imposing another lockdown after announcing the unlock process, he might sabotage his political image, not only within the country but globally. Prime Minister Narendra Modi is known for his radical and assumed to be revolutionary decisions all around the world.

He has created an image a charismatic leader globally, now if he goes back on this own decision, this would create a contrasting scenario and he might be condemned for his lack of judgment. The loss of the political image of the leader which has become the face of not only BJP but also of India might be irreparable. 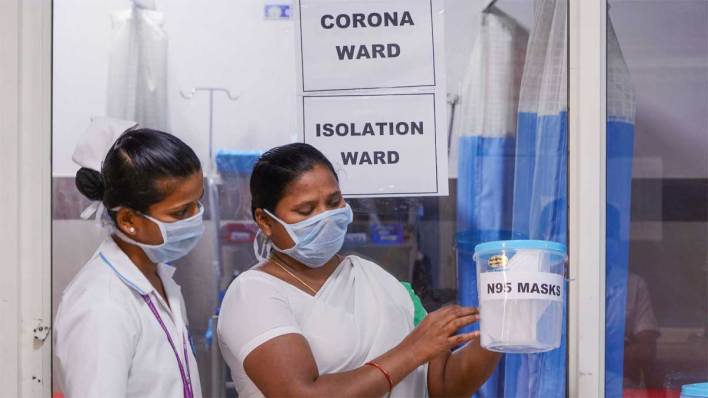 India has become one of the worst-hit countries by COVID-19 and still disregards the community transmission stage. The picture painted in front of the citizen’s eyes seems to a deceiving mirage. It seems that the citizen has been left on their own to fight against the virus and this shows the inability of the central government of tackling the Pandemic.

However, successive attempts have been made to divert the attention of the country from the COVID crisis to other political and diplomatic crisis. This diversion doesn’t change the fact that India is not in a good place in tackling COVID-19. This fact can be substantiated by the fact that the PM has to address the nation in this time of adversity and the reason for address are the Indo-US relations as reported by the media outlets.

India has entered the club of 5 worst affected nations, the health infrastructure of the nation has been exposed, the cases are increasing incessantly, people have started starving and the prime focus of address is Indo-US relations. The time is speaking for itself and we are mere spectators with an insignificant role to play.

The 1st Ever 'The Drone Boy' Prathap: Reality Check On the Record-Breaking Wonder Boy Of India