On Saturday, Prime Minister Narendra Modi appealed to the chief of the Juna Akhada regarding keeping the participation in the Maha Kumbh Mela 2021 “symbolic” to help the country stand strong to fight against this raging second wave of the coronavirus pandemic.

In a tweet, PM Modi announced that he had spoken to Swami Avdheshanand Giri regarding the health of the seers who were tested Covid positive in Haridwar and also told them to keep the participation for the Kumbh Mela “symbolic”. He also mentioned that two royal baths (shahi snans) have already been done and that the participation of the seers must be symbolic.

The important thing to notice here is that this step has been taken only after a huge number of people have already been tested positive in the Kumbh Mela including seers. 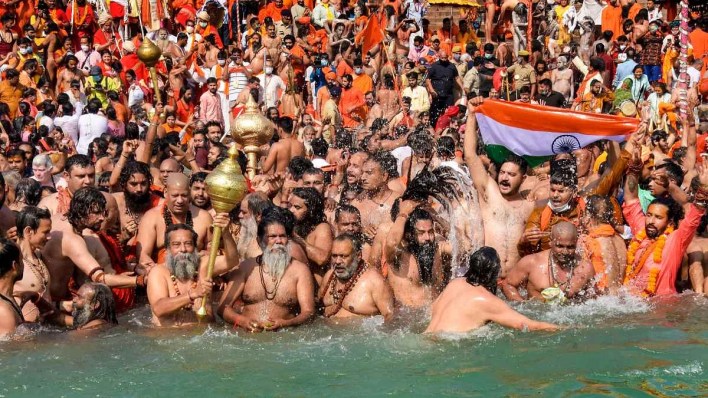 Let us have a look at the Kumbh Mela situation and understand what is the Kumbh Mela exactly about?Kumbh Mela is a major Hindu festival and a pilgrimage that allows the devotees to wash away all the sins they have committed in their past. UNESCO realized this festival’s huge importance and included it in the Intangible Cultural Heritage of Humanity list. 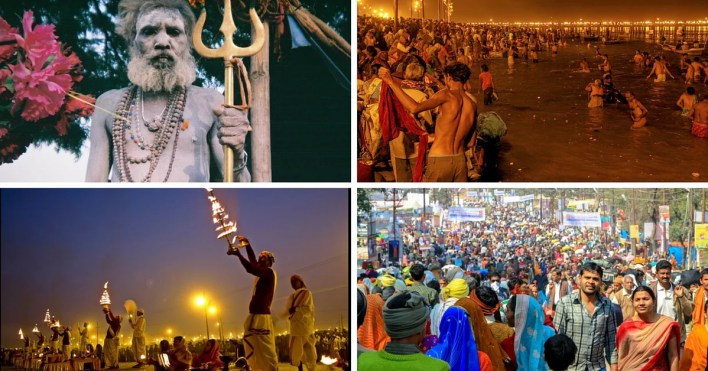 Where does this usually happen?The Kumbh Mela usually takes place on a rotational basis in the four most holy Hindu places in the country- the Ganges river in Haridwar (Uttarakhand), Godavari river in Nashik (Maharashtra), the Shipra river in Ujjain (Madhya Pradesh), and at the junction of the meeting points of the Ganges, the Yamuna, and mythical Saraswati rivers in Allahabad/Prayag (Uttar Pradesh. This junction is also called the Sangam.

When does it take place?It takes place at each location every 12 years. however, if we were to consider it theory-wise, it should technically take place every three years in different places. But, the exact place and time of the festival are decided only taking into consideration the astrological and religious factors meaning that sometimes the festival takes place only a year apart at different locations. 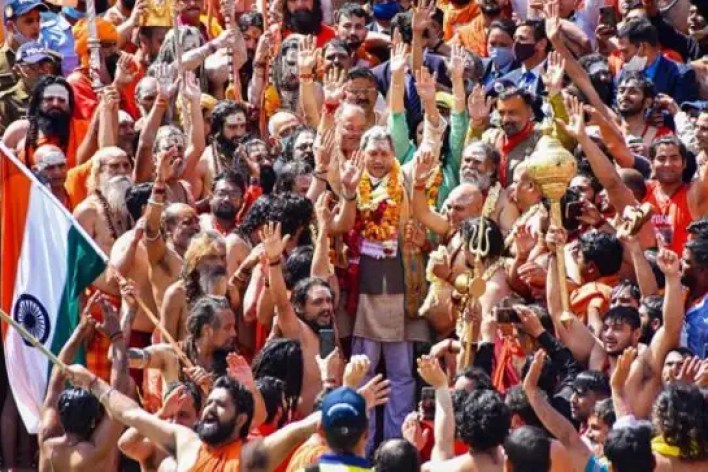 What are some rituals that are performed at the Kumbh Mela?The main and the major ritual performed at the Kumbh Mela is the ritual bath. The Hindus performing this ritual believe that if they submerge themselves in the sacred waters on that particular day which is considered as the most auspicious day, all of them will be absolved including their ancestors of sin leading to an end to the cycle of rebirth.

Many pilgrims start forming up a queue to take a bath in the river at 3 am on that particular day.After when the pilgrims are done with the bathing process, they wear fresh clothes and head to worship by the river bank. After that, they walk around taking discourses from many sadhus.

See also  AB InBev to come up with domestic abuse policy, following the footpath of HUL

Kumbh Mela this year at HaridwarThis year considering the whole country is proceeding into an indirect emergency as the number of coronavirus cases are at an all-time high with 2 lakh cases every day, the government was expected to not allow something so huge as a Kumbh mela to happen if they cared enough to tackle the situation in an effective way.

The decision taken by the Uttarakhand government to allow the Kumbh Mela to happen at Haridwar was not just one of the most careless moves that the government could have made, their denial to cut the event short is also very irresponsible and short-sighted.

However, they did mention that while being a part of the festival, the devotees will need to make sure that they follow all the guidelines of wearing masks and maintaining social distancing and that the police will be out there to make sure these guidelines are being properly followed and whoever failed to adhere to these set norms would face consequences in terms of getting handed over masks and being punished.

But the real question is did the government think they would be able to control this situation when millions and millions of people are going to be accumulated in a single place? 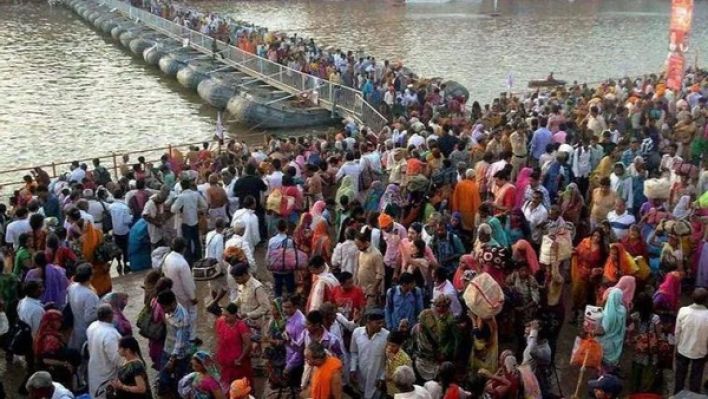 It seems as if the Uttarakhand government was least bothered about the consequences of their decision when they allowed such an event to take place at a time when the country is experiencing lakhs of cases every day.

It would be difficult not to talk about the Tablighi Jamaat case when things are pretty much quite similar, the only difference is that the BJP government was way too vocal when many participants acquired the disease at that time, the government was so open about blaming the whole situation on what is called as a part of Corona jihad, showing their internal islamophobia.

But when it came to the Kumbh Mela situation, political leaders like Tirath Singh Rawat were encouraging people to take part in this saying that Ma Ganga’s blessings will ensure that the covid does not spread, completely ignoring the dangerous situation taking place in the country due to the deadly virus.Narendra Modi, our Prime Minister also remained silent for a very long time, however, if he had spoken any sooner, the situation would have been even better. Nonetheless, all we are left with is to see how this “symbolic” participation in the Kumbh Mela turns out for India.

Maharashtra's State of Affairs is Crumbling, and the CM decided to impose a strict lockdown. How will it impact the economy; the possible solutions for coming out of the loophole?