India, was once known in the world for its abundance of skills. We all know how Indian handicrafts were popular in the whole world, right? Even after using hi-tech types of machinery, people always preferred Indian handicrafts over them. It contributed to huge exports to the world. However, the past was different and things have changed a lot in recent years. According to official reports, there exists a lack of skills in the population of the country.

The rising education level is very beneficial for any country and the education level in India is on the constant rise. People are opting for higher education degrees and the number of graduates is also on the rise. However, as much as 19% of the total population is unemployed. The number of unemployed people is rising every single day.

One out of five graduates or even better is currently unemployed, and this forces them to think that their education degrees are a waste. Education never goes to waste but employment is also equally necessary in order to sustain lives. Inflation has led to more difficulties in sustaining a livelihood and therefore this growing unemployment is very alarming. The growing number of literate unemployed is rising which directly impacts the faith of people.

The reason behind this is the growing lack of skills among educated people, which is not good. It play a major role in many of the things- personality development, sharper mind and helps people get an edge over other people and most importantly providing them with better employment opportunities.

The World Youth Skill Day, which is celebrated every year on the 15th of July is done to teach people the importance. On this occasion, the Prime Minister of the country emphasised the importance of having skills. He further claimed that it is very important for the development of Atmanirbhar Bharat. In today’s world, only those countries can grow which have a skilled population. The Prime Minister referred to the schemes that are run in India for skill development- such as the Skill India mission and Going Online As Leaders (GOAL) and said that our country has laid a foundation for improving skill among people.

However, the reality is quite contrary. According to global reports, India faces one of the highest shortages of skilled workforce in the world. The lack of skills is directly responsible for the current rising level of educated unemployment in the country.

But before understanding the current problem of lack of skill that India faces, we shall understand the different types of skills. Basically, there are three types of skills- the first of them being the cognitive skills, which are the basic skills of literacy, numeracy, applied knowledge and problem-solving aptitude. Then there are the technical and vocational skills- which includes the physical and mental abilities to do a specific task. The last is the social and behavioural skills which include communicating, listening and working with others.

According to the official statistical data, India’s workforce is 468 million. Nearly 92% of them belong to the informal sector. As large as 31% of them are illiterate and 13% had only primary education. A fact which concerns the most is that out of more than 5 lakh final year bachelors students aged 18-29, 54% of them were found to be unemployed. This number is very huge and is frightening for the country.

What lack of skill will do to our country? 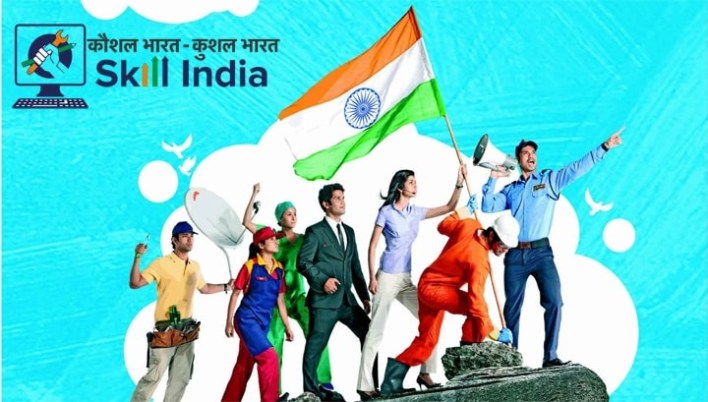 However, whether this will benefit the economy or not solely depends upon the people, how they are working and where they are working. If the people are not employed in well paying and prosperous jobs, the economy would not be benefitted. The population won’t witness healthy growth either. The economy cannot afford this as after 2040, the dependent population will be more than that of the working population, according to estimates.

To explain this simply, India, in order to attain its aspirations and to achieve its rightful place in this world, will have to get rich before getting old.

But why is India lagging behind in skill development?

The major reason behind this is the growing informal sector. Over 90% of India’s population is dependent on the informal sector and therefore India is trapped in this vicious cycle. Greater informal sector leads to a lower incentive to acquire new skills. Moreover, due to the huge population, big businesses often replace people instead of pieces of machinery. This in turn leads to less formal jobs. Millions of people depend on the agriculture sector, and due to lack of educational levels, they do not go for industrial and service sectors.

The ignorance towards the market demands has been a disadvantage to the country. Most efforts are done to provide some specific skills and therefore the country fails to meet the demands of the market. There is a need for the government to study the market pattern and to introduce new policies to provide people with more and more new skills, and not just rely on the previous skills. The efforts must try to anticipate the current market demand in order to promote the growth of the country.

Growth numbers are improving and the economy is recovering. But, unemployment is the biggest challenge for the country in 2021.

New day, new incentive. How countries around the world are incentivising citizens to get vaccinated for covid-19: a great strategy.