The economic slowdown has affected lives drastically since the lockdown, and it has not even reached the pre-pandemic levels as of now. Despite this, the affluent billionaires in the world keep on increasing their wealth and surpassing each other, dreaming of being the wealthiest. Lately, the talking point has been the surge in Gautam Adani’s wealth since the pandemic emerged in India. His wealth aroused up to almost 50% than last year, and he has become an eye-catching figure for several politicians across the nation. The founder and chairman of the Adnani Industries, who had no noteworthy mentions entitled to his name in the media, almost became the talking point after becoming the second richest man in the country. In 2021 alone, he almost saw his worth stoop up to $50 billion, which was the highest amid the coronavirus crisis.

It is staggering to think that how come Gautam Adani made such an enormous sum of money in such a crisis. Concrete debates and allegations have conducted themselves since the news broke out and became the hot topic everyone is referring to for attracting fame. Last week, Gautam Adani claimed the 48th position in the Billionaire Index as his fortune doubled in nearly a year. 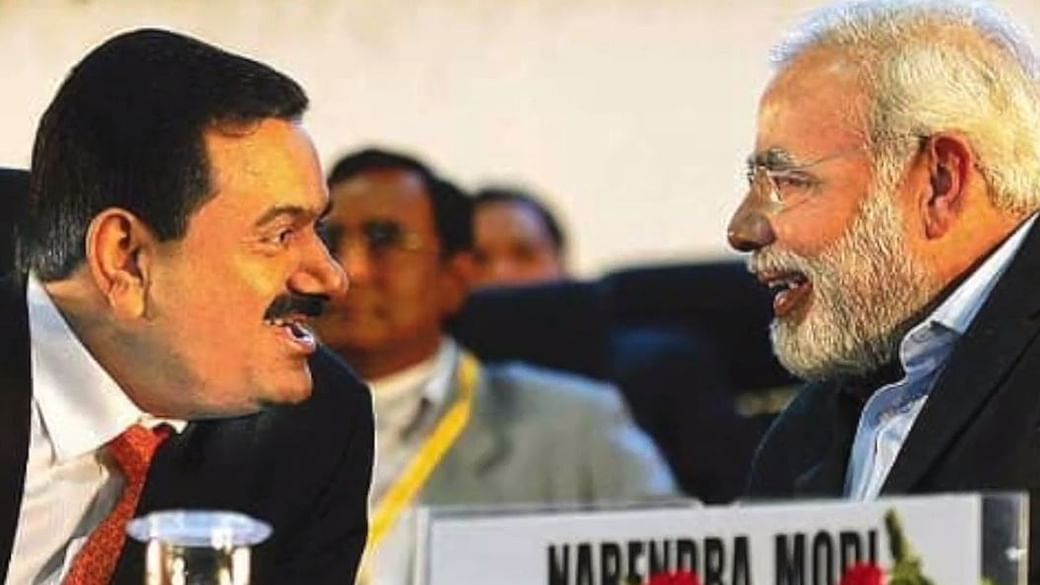 HOW HAS THE DEBATE BECOME CONTROVERSIAL?

On Saturday evening, Congress leader Rahul Gandhi countered questions to the Government about how business tycoon Gautam Adani’s wealth surged up by 50% when others faced the consequences of the crippling economy.

The coronavirus pandemic proved a significant factor in the downfall of economic growth. It resulted in a 9.3% drop in the employment rate. While this became a matter of consideration for the senior economists, the businessmen kept generating wealth without showing any redundancy in their approach.

“How much did your wealth increase in 2020? Zero. You struggle to survive while he creates Rs 12 Lakh Crore and increases his wealth by 50 percent. Can you tell me why?” Rahul Gandhi tweeted, questioning the policies and the competency of the BJP regime.

The news has been surrounding a lot against the policies of the government, and claims have been that the Government was working behind the scenes to help him generate more wealth. Whether or not it is true is still a discussion that could go on for weeks. Speculations have floated around Parliament that this scenario was all on behalf of the Government to fill their beneficiary’s accounts amid the coronavirus pandemic repercussions.

The opposition parties have constantly accused the BJP-led Government of favoring billionaires like Ambani and Adani in expanding their business activities. Rahul Gandhi has scrutinized the Centre’s contentious agricultural laws and alleged that the Government ignores rules and regulations for all the people where it profits and manipulates the interests of the weakened sections of the society.

While the agricultural laws turned out to be a primary factor in violating the peace and harmony within the nation, the ongoing protests against the Government by the farmers could be a true reflection of how things take place to follow from now on.

WITH OTHER INCOME GROUPS SUFFERING, HOW COME BILLIONAIRES LIKE ADANI ADD MORE ZEROS TO THEIR BANK BALANCE

Isn’t it ironic that how much people with different incomes could differ so much in their wealth that one group is looking to sustain while the other is just becoming more affluent in its approach?

Surprisingly, Gautam Adani’s rise has come out of the blue as nobody has seen it coming. The billionaire generated most of their wealth in a particular financial year, which was more than the owners and founders of multimillionaires corporations like Tesla, Amazon INC., etc. The net worth of Adani, a first-generation entrepreneur who rarely speaks publicly, has jumped from $16.2 billion in 2021 to $50 billion, according to the Bloomberg Billionaires Index.

Adani has been rapidly expanding his conglomerate in areas that are resilient to market cycles. Now, with the entry into data centers business, the group has also indicated its appetite for venturing into technology. Lately, his Carmichael coal mine project in Australia has come under scrutiny as many involved in the dealing of the case felt subdued by Adanis’ casualty in the proceedings. In the past year, he has intensified the pace of his business activities by adding ports, airports, data centers, and coal mines in India to his venture capital. 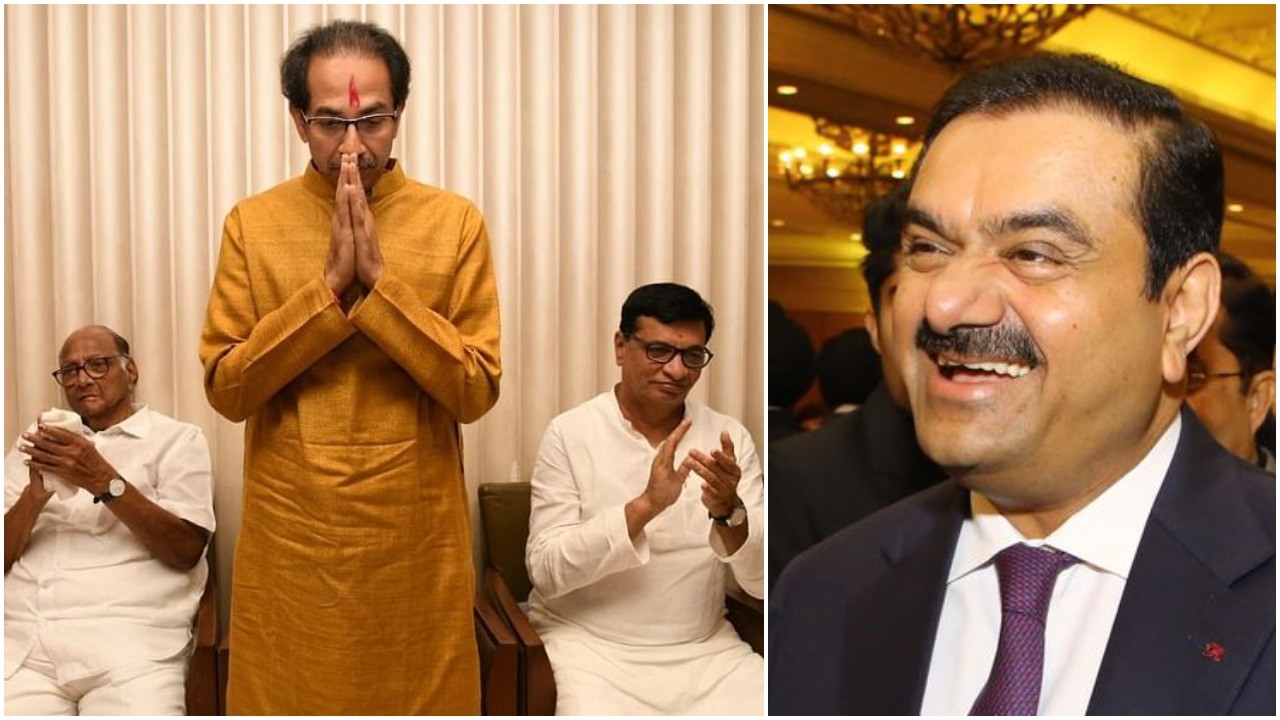 Had there been any other circumstances than what they are today, Adani’s unusual surge might have gone under the radar. Along the way, we are contemplating more information from the adverse scenario that occurred in the wake of the pandemic. There is no doubt whatsoever that it may have enthralling implications on the lives of the weakened groups of the society, as more wealth is splurged in the hands of the rich people.

Is it all coming together for the government now? Even after suffering so much distortion in recent times, there is no layout planned for our relief measures as the government is engaged in accomplishing its motive of “hum do, humaare do,” which means that the government is only circulating four pillars of the economy. Referring to the four pillars, they are not the notions mentioned during the Atma Nirbhar Bharat Abhiyan, but a major loophole that has been created by the Government with the support of billionaires like Ambani and Adani.

The dawn of Adani’s enterprise in the share markets

The scenario of share markets has revolved around the activities of the game-changing corporations. As usual, this time was nothing different as the exponential factor worked significantly for Adani’s enterprises. Shares of Adani surged to such an exceptional level that it became a revelation of all sorts for the analysts and the investors regulating under the stock markets. Barring one of all Adani group companies, the fortune of every other company almost raised to 50%, while some of them even touched down the magical figures of 90% growth within a financial year.

With their volatile nature, share markets have become an active presence in the lives of the big businessmen. Adani clocked gains of almost 90% making him the topmost earner in the Billionaire’s club. Adani Group shares have been high ever since the release of the Bloomberg Billionaires Index report, and the stakes have not fallen since then.

Adani Total Gas group raised to 90% with a capitalization of over Rs 80,000 crore whereas Adani Transmission Ltd. gained around 79% with a market value of Rs 85,000 Crore. Contrastingly, these figures couldn’t even be dreamed of in reality, but to achieve them is quite a milestone in my opinion.

WHAT IS THE TAKEAWAY FROM THE WHOLE DILEMMA?

As per the rules and regulations of SEBI, such instrumental growth in a particular company’s share over a short span is total madness, and there might be a conspiracy behind it. The government is cooperative in the activities of such businesses which has put jeopardy over the integrity and the faith shown by the public in the current set of political leaders.

The talking point in a developing country like India has always been the economic disparity between various income groups, which is showing no signs of improvement in the coming years. Giving benefits to the billionaires in this country is like embarking on your downfall. As the situation gets blurred along with the motive of Ache Din, it is imperatively true that the deterioration of the small-scale businesses is exhibiting the real picture of politicians and corruption.

Although the government activities are initiated towards its people, it is not satisfactory as the control of income is widening its gap, and there seems to be no end to this disaster. From Ache Din Aane Wale Hai to Kab Aayenge Ache Din, the Indian government has played with the sentiments of its people but has hampered their desire to be independent and fight their battles alone.

The Indian economy is on the verge of gaining exposure across the world. Surely the government is to be blamed for the dreadful days that the citizens of this country witnessed in the name of capitalism. The politicians in India depict a diversification of religions and various languages but lack the belief and leadership to rule a country, and a country like India could only benefit from people like us. So the question is up to you, whether you want to make your way or just keep falling into the traps of the Government?

Why has SEBI's latest circular about the new norms regarding AT-1 Bonds created havoc among mutual funds?

Doctor infected with COVID-19 after 2nd vaccine dose, Is Serum Institute Of India selling water in the name of vaccine, Is this the reason why trials for vaccines were never completed?

Tanish seeks new opportunities as a professional content writer and writes on several fundamental topics like businesses and economics. The focal point remains on expressing opinions on critical aspects concerning the economy.
By Tanish Sachdev
Follow Us
Weather
New Delhi, IN
Mist
35 ℃
39º - 31º
59%
4.12 km/h
39℃
Sun
32℃
Mon
29℃
Tue
31℃
Wed
28℃
Thu
Recent Tech News
Facebook Twitter WhatsApp Telegram Viber
Back to top button
Close
Popular Posts
Most Commented
Recent Comments
We use cookies on our website to give you the most relevant experience by remembering your preferences and repeat visits. By clicking “Accept All”, you consent to the use of ALL the cookies. However, you may visit "Cookie Settings" to provide a controlled consent.
Cookie SettingsAccept All
Manage consent