Taxes are levied on various services all over the planet in various countries according to their norms and regulations. India keeps taxes as one of its priorities as it is the most important and major source of income or revenue that It earns.

The taxes that are paid by the common public act as the source of income for the functionality of the government. The Government of India regulates each and every rule and regulation related to the tax imposition which is further used in order to import, export or invest in several projects that are conducted under the label of government.

Everything and anything that takes place in the name of the government is accomplished by the use or employment of the money that is generated by the taxation policies all around. The government has been forming several policies and projects for the benefit of the common public by the use of the money that they pay as their taxes in several categories.

The structure of taxation in India is quite simple and comprises several hierarchies such as the Central Government, State Government, and local municipal bodies. Speaking of the types or categories of taxes that are divided in the Indian system, direct and indirect taxes are the major ones. India receives taxes from its citizens in either of the two ways, being sure of several aspects related to individuals.

Direct taxes comprise income tax, gift tax, capital gain tax, and several other types which usually relate to the companies and individuals. The direct tax is prohibited to be transferred to any other individual. The Income-Tax stands as the most prominent among the other sections of indirect tax as it is collected from each and every individual in the country assessed on a yearly basis.

The duration of the assessment is usually from 1st April to 31st March as decided by the constitution and government. Each and every citizen of India is responsible to pay income tax if in case the annual salary exceeds the minimum amount mentioned by the government. However, there are several tax benefits as well which assist individuals and other corporate entities to get concessions on the amount that they are liable to pay.

One of the most prominent terms used when one speaks of taxes is tax slab. A tax slab is nothing but a sort of distinction that is created by the government based on the income of each and every individual. It mentions the amount or the percentage of income that an individual has to pay as each and every person or group earns a different salary and cannot be forced to pay the same amount of tax.

The one who earns more is liable to pay a greater amount of tax while the one who earns less is liable to pay less. The tax slab does not only decide your payable tax on the basis of your income but also the individual’s age and several other factors are considered before mentioning in this table. Each and every year this tax slab has amendments made by the government in the Central Government Budget sessions in order to modify according to the existing conditions and income hierarchies.

You may also use the scheme of tax deduction in case you are qualified for the same. This characteristic feature of tax deduction can only be practiced if you are involved in some other activity like living in a rented house or owning an insurance premium, medical insurance, food coupons like Sodexo, pension contribution, interest on home loans, and several others. This would lower the amount of income tax that you are liable to pay depending upon what activity you are involved in and the regulations to verify the necessary documents that you might have submitted. 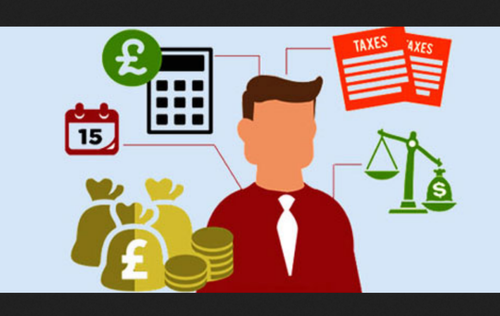 In the Indian tax system, everything is secured by the Indian government, the constitution holds the central government responsible for the establishment of taxes that are related to income tax, wealth tax custom duties, and service tax. The state government is liable to look after the entertainment tax, sales tax, stamp duties, and land revenue tax. The separation and division of responsibilities make the tax system of India a bit simplified and well-structured, thus making the work procedure more efficient and easier.

Moving forward, one must be aware of how the tax they pay is used by the government or what are schemes or other activities that they pay for.

The loans that are taken by the government through several banks and other entities make them liable to pay a certain amount of interest along with the principal. This interest on the loan and the amount is usually paid by the tax that they received through the citizens. The loan is usually sanctioned in the name of the central government for the establishment of several schemes and projects which are necessary for the development of India as a whole.

The money that is paid by the citizens of India as taxes is also used to strengthen the defense sector in our country. According to the government, every 9 Paisa for Re. 1 is spent on the defense and its necessity of weapons and other articles. India is known to be one of the world’s largest importers of weapons and other defense accessories in order to protect itself against its enemies and strengthen the power that it already has. 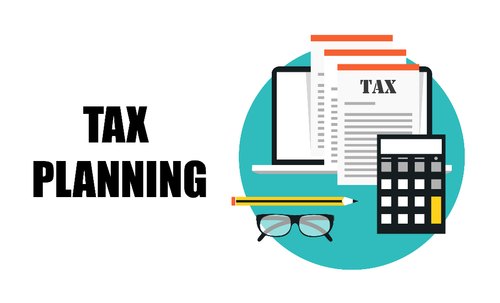 The schemes that the government prepares for the welfare of the common people in various sectors like healthcare, education, social security, and many others are usually financed by the tax paid by the people. Such activities are said to have about 22% of the total government expenditure. However, each of these schemes is necessary and important for the proper development and welfare of India.

The Government of India also assists the weaker sections in the name of subsidies for the necessities such as food fertilizers and LPG in order to comfort the requirements of the common public. Hence the tax that you pay is usually paid for the betterment of India, an assistant to the poor section who need assistance and additions to their income in order to survive the hardships of life.

As we all know that the government also pays pensions to the elders and to the families of soldiers who died on duty,  this entire expenditure is done by the income tax paid by the people. This is usually an aid provided to the citizens who are at an age where they could hardly do anything but still need to go on with their life.

A report that was recently published mentions that only 2% of the entire population in India pays income tax and other taxes. However, we must understand that this is the main source of income or revenue generation for the Indian government to keep up with all the schemes and facilities that it provides as assistance and aid to the people who are in need.

Thus the paying of taxes is an extremely important thing which must be practiced by each and every citizen of India in order to keep up with the safety that they enjoy because of the soldiers who stand at the borders or schemes that aid and assist people to go on with the requirements like subsidies and education in their lives.

Teen Students: Pandemic Has Worst Affected Them, But No One Cares

In the name of Hindu Rashtra, what all costs Indians are paying: the worst religious intolerance