According to the data collected every month from the Center for Monitoring Indian Economy (CMIE), the rate of urban unemployment has gone up to 7.24% in March 2021, reversing the three months of fall of unemployment rate which happened due to the continuation of economic activities. However, as it is observed with the sudden hit of the second wave of the coronavirus pandemic, things are starting to look not-so-good. The female unemployment rate in the urban areas in India has surged up by about two percentage points leading to the rate being 19.07%. The Labour Force Participation Rate has also reported to have fallen immensely, marking as one of the many factors affecting the poor condition of the labor market in India. According to the data from the CMIE, there has been a shrinkage of almost 3 million people from the labor market in March as compared to the number in February 2021. The Labour Force Participation Rate in November was 40.08%, in December, it was 40.56%, in January it was 40.60%, and in February, it was 40.50%. However, for March it has come down to 40.17%. Therefore, it can be seen that there’s a huge amount of decline in labor participation, the rate is the lowest in the last four months. Also, if we were to talk about urban India, the rates were reported to have fallen from 37.25% to 37%. The unemployment rate nationwide has gone down to 6.52% in March but it is said that even this could be misleading. The total labor force has been contracted and has come down to about 425.79 million that is about 2.7 million less as to what it was in February. It is evident from the data that a lot of the labor force contraction of these 2.7 million came from rural India.

From these data, it will be difficult not to conclude that this contraction of the size of the labor market and the downfall of the LFPR is nothing but a clear indication of the fact that the economy of the country is not able to generate enough jobs for the people and with the absence of certain decent jobs, people have to resort to staying away from the labor market. Many economists have been reported to be saying that this surge in unemployment and this much of downfall in the Labour Force Participation Rate (LFPR) is an indication of the fact that the revival of the economy is not happening as it has been desired and also that these increase in the infection and the state’s restriction are seen to be harming the total jobs. According to Arup Mitra, who is an economics professor at the University of Delhi, he says that although economic activities are visible to everyone in many sectors, the real question becomes whether or not are they being operated optimally. Also that we should consider the fact that sectors like hospitality and retail have been affected again as the second wave of the coronavirus pandemic has started to hit the Indian market again. He says that this sudden surge in the number of cases and the death numbers have kept people on their toes and this evergoing loss of income is affecting the demand domestically. He says that if we’re to look closely at the data of the sector now, we would realize that the companies and the market are struggling even now. This shows much are they interconnected and how much does it contribute to this unemployment scenario. One major factor contributing to the unemployment in both the formal and informal sectors is the rising number of covid cases in the country, as said by Arup Mitra. It is because of these rising cases that many districts in Maharashtra have imposed restrictions. Cities such as Mumbai, Nagpur, Aurangabad, and Pune are a few of those that have imposed curfews and restrictions to control the situation. When we talk about Punjab, a state where the death rate due to the pandemic is the highest, many educational institutions except medical colleges and nursing colleges have been shut till about April 10th and only a limited number of people are allowed inside malls. 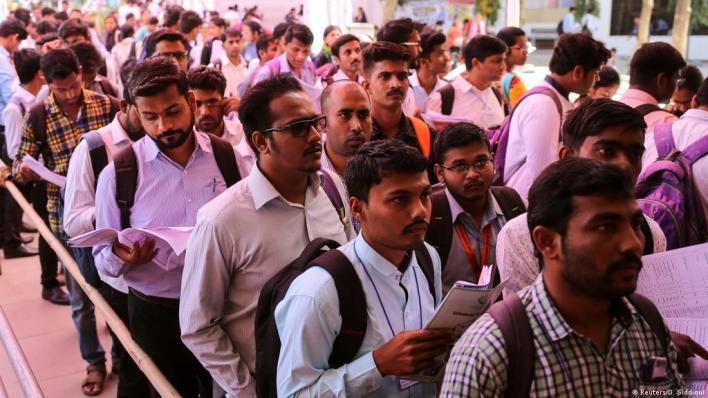 When we talk about unemployment in India, it becomes important to take into consideration that even before the pandemic was there, the country still had bad employment and job conditions. However, with the arrival of the coronavirus pandemic, things have gotten worse and worse starting March 2020. The situation did improve in the past few months mainly due to the revival of the economic activities that took place but with this second wave of the pandemic, it is difficult to predict the future of jobs and hence the economy of the country, the pandemic has already started hitting the job sectors as we have established now with the data from the CMIE. Some reports do show that the situation has seen to be improved in the rural areas, but we need to understand that these reports can also be a culmination of the under-employment and disguised employment and that decent jobs and engagements that are meaningful are yet to be included.

US President Joe Biden Unveils The Colossal $2 Trillion Infrastructure Project. Is it the outlook of what Americans could achieve under his regime?