Vaccination is being used to combat a pandemic for the first time in the history of human infectious diseases. Advances in science and technology have made it possible to determine the genetic sequence of a new virus within one week of its emergence over the last two decades. The full genome sequence of the 1918 pandemic flu virus took over 80 years to decode. The causative agent for the SARS outbreak in 2002-03 took over four months to identify. Early in January, when genetic sequences of SARS-CoV2 became available, a race to produce Covid-19 vaccines began. Moderna, a ten-year-old firm, created a vaccine based on the novel mRNA platform and began clinical trials just 63 days after the sequence was published. A related vaccine developed by BioNTech and approved by Pfizer was the first to receive FDA approval on December 11, 2020, less than a year after the emerging disease was discovered and nine months after it was deemed a pandemic. Vaccine development usually takes years, but scientists developed safe and successful vaccines against Covid-19 in record time in 2020. Currently, 78 vaccines are undergoing human clinical trials, with 13 receiving conditional or final approval.
A pandemic vaccine would accomplish three objectives. First and foremost, it should be used to safeguard hospitals and other frontline staff. Second, it should lower death rates. Finally, it must be commonly used to bring an end to the pandemic. According to most figures, 65 to 70 per cent of the population will need to be vaccinated to maintain ‘herd immunity.’ Israel, where over 75% of people over the age of 60 have received all doses of an mRNA vaccine, offers convincing evidence.
Vaccine coverage and equity, on the other hand, have become a problem. Sixty per cent of vaccines are available to a select number of nations. COVAX, a multinational consortium set up to distribute vaccines to low and middle-income nations, has refused to share vaccines produced in the European Union. India’s vaccine diplomacy has become a breath of fresh air in the face of such vaccine nationalism. Known as “Vaccine Maitri,” it has given over 65 million vaccine doses to 72 low-income countries. This includes both vaccine gifts and commercial collaborations.
The problems with India’s vaccines and the way forward
India’s vaccine program, which is based on the three-point concept, calls for 300 million citizens to be vaccinated in the first tranche. This covers ten million hospital professionals, twenty million frontline workers, and 270 million people aged 60 and over who have serious comorbidities. It will take nine months to completely vaccinate 20% of India (275 million people) with two doses at this pace. As a result, the challenge is to raise vaccine administration rates. This will necessitate a rise in vaccine availability, additional injection centres, and the persuasion of individuals who can accept vaccines. 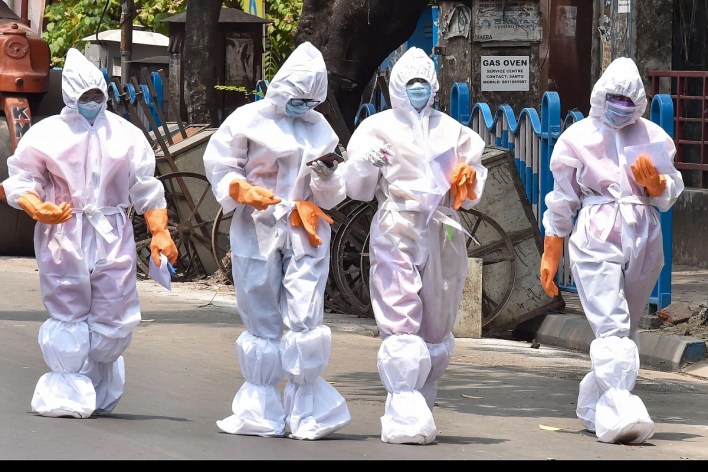 With only two vaccines approved – Covishield from the Serum Institute of India (SII) and Covaxin from Bharat Biotech India Limited (BBIL) – is there enough supply in India?
Even though India was expected to have access to 500 million doses of Covishield and about 300 million doses of Covaxin, there seem to be supply problems that would prohibit India from fulfilling both domestic and foreign commitments. Covaxin accounts for less than 10% of vaccine doses administered so far, according to data. This asymmetry in supply is troublesome, particularly as media sources claim that SII is unable to satisfy Covishield demand both locally and internationally. An Indian regulatory authorisation should be considered for at least two more vaccinations with completed effectiveness and approvals in other countries, and for cooperation with Indian vaccination firms.
Licensing of Covishield and Covaxin in India without bridging trials and without proof of efficacy, can be supported by at least two more vaccines. India has 40,000 to 45,000 vaccine administration points every given day. These are distributing about 50 doses a day on average, which is half of the expected 100 doses per site per day, with about 2 million daily vaccines. The challenge seems to be both potential and vaccine hesitancy, with 74.2 million approvals so far, almost 55% of which are walk-ins. More vaccination points, particularly in rural areas, and improved vaccine supply, as discussed above, will boost capability. Many causes contribute to vaccine apprehension, all of which point to a lack of coordination, mixed signals, and the failure to successfully fight false evidence. Latest warnings of blood clots and a halt in the use of the Oxford/AstraZeneca vaccine (the same as Covishield) in several European countries, for example, have caused outrage in India, where this vaccine is used in over 90% of vaccines. About the fact that the European Medicines Agency and the World Health Organization (WHO) have found no correlation between blood clots and the vaccine, the repair would take time and good contact.
Conclusion
Unlike past plagues and pandemics, today’s anxiety is fueled by our experience of illness rather than unpredictability. Fear, like the prospect of death, makes us feel isolated, but the realization that we are all going through the same thing pulls us out of our isolation. “We are no longer mortified by our fear; we find modesty in it that promotes shared empathy,” says Pamuk.
Pandemics have in the past compelled people to abandon their ancient habits and reimagine their surroundings. It’s the same for this one. It’s a doorway, a bridge between two worlds. We can choose to walk through it, pulling the corpses of our bigotry and hate, our avarice, our data banks, and dead ideas, our dead rivers and smoky skies behind us, writes author Arundhati Roy. In the middle of this awful despair, it allows us to reconsider the doomsday machine we have created for ourselves. A return to normalcy could not be worse.

Be Ready! PM cares 2.0 could be coming soon with another round of thaali, taali, and mombatti.

The Economics of Pandemics