According to industry insiders, almost a fifth of its sales crew is said to have left during the previous several weeks. The telecom provider had 245.62 million total mobile users at the end of October, down around 38.1 million from the 19 months prior. 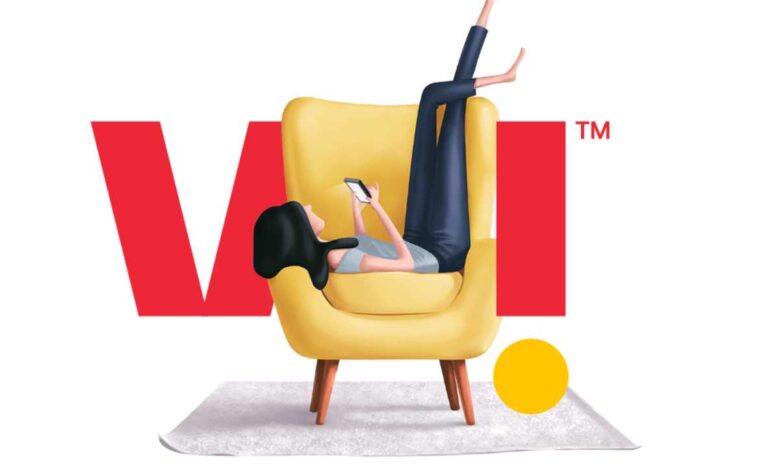 As it looks for successors, the telco has listed up to 986 job positions on LinkedIn. It has posted job adverts for sales executives in a range of jobs, including managerial ones, those in retail stores, large-scale distribution, local sales, field executives for retention and collection, and those in territorial sales.  According to a Vodafone Idea representative, the organization’s personnel is at a very healthy level, at 95% of expected jobs. Compared to our rivals, our attrition is lower, and it follows the market and sector trends.

“We have hired excellent people from rival companies as well as a variety of other sources over the past year to enhance our team and be ready for our upcoming path of success in the digital era. The statement stated, “We continue to offer career growth opportunities for our workers and help them develop their skills for leadership roles because of our large talent pool.

Over the previous four fiscal years, Vodafone Idea’s permanent workforce count has decreased by more than 35%. On the company’s payroll as of March 31, 2022, there were 8,760 permanent workers, down from 13,520 in FY19. The company’s workforce count increased in FY19 as a result of the merger of Idea Cellular and Vodafone India’s activities. The number of permanent employees at the corporation in FY20 and FY21 was 11,486 and 9,174, respectively.

As the ideal workplace for women, VIL has been developed with great pride. According to the Avtar & Seramount Best Companies for Women Study 2022, we have been named as one of the “100 Best Companies for Women in India (BCWI)”. VIL is the only telecom service provider listed in this prestigious grade, claims the firm. To entice new customers, retailers linked with the company in certain areas of Delhi-NCR have advertised that customers who switch to “Vi 5G” will receive one month’s worth of recharges for free. Even though the company hasn’t formally launched 5G, this is still true.

5G is now undergoing extensive testing in Delhi. The firm has instructed us to offer 5G to the whole population, according to a Delhi-NCR-based Vodafone Idea SIM card vendor. Customers who leave Jio and Airtel would be compensated with a month’s worth of free recharges totaling Rs 299, according to him. The company is looking into this internally, the corporate representative stated, adding that they will answer shortly.

Industry executives assert that the sales team must achieve objectives for acquiring new customers and retaining current ones, and shops may occasionally adopt this strategy. An expert for the telecom sector who requested anonymity said, “This is misleading and the business should advise its regional sales employees not to use such tactics and be honest.

The company needs to raise almost Rs 25,000 crore to get out of its current financial difficulties. After the government unveiled its revitalization plan, the promoters committed Rs 4,900 crore. The company claims that after the government has converted the Rs 16,130 crore, investors would contribute the remaining Rs 20,000 crore. A four-year embargo on the Company’s ability to convert its unpaid spectrum and adjusted gross revenue obligations into equity have resulted in interest accruals of Rs. crore.

After conversion, the promoters’ shareholding would decrease from 74. 99% to 50%, making the government the sole owner of the firm with a stake that is roughly 33% larger. The government insists that the promoters invest in converting the loan into equity. For July through September, Vodafone Idea’s net loss grew to Rs 7,595.5 crore. The company’s auditors assert that its financial performance has negatively impacted its ability to generate the cash flows necessary to pay its liabilities when they fall due.

Vodafone Idea’s gross debt (excluding lease liabilities and including interest incurred but not payable) was Rs 2.20 trillion at the end of the July-September quarter. This comprised debt of Rs. 1.36 trillion for postponed spectrum payment commitments, Rs. 68,590 crores in AGR liabilities for the government, and Rs. 15,080 crores in debt to banks and other financial organizations.

the majority of the “several hundred staff” Vodafone wants to let go are headquartered at its London headquarters. The post cited sources who said this would be the company’s biggest employment cut in five years. In response to a deteriorating market climate, Vodafone said in November that it will adopt cost-saving measures totaling $1.08 billion by 2026. In several nations, like Telefonica in Spain and Orange in France, the value of telecommunications has decreased by almost 50%.

High lending rates and growing energy costs are also putting a lot of pressure on businesses. Vodafone employs 104,000 employees worldwide. However, it was unable to clarify how the job losses will affect India, where the company operates alongside Idea under the brand name Vi. At the end of 2022, the company’s previous CEO, Nick Read, resigned from his post. During his tenure as CEO, the company’s worth fell by 40%. He quit as the board expressed its discontent with the accomplishments achieved under his leadership.

Earlier this week, Vodafone also reached a deal to sell its operations in Hungary to the local IT firm 4iG and the Hungarian government for $1.82 billion in cash. The first announcement of this agreement was made in August of last year. “We are looking at our operating model to simplify and streamline the organization. On February 1st, when we disclose our third-quarter results, we’ll provide further information on the changes. The company launched in November.

Unemployment might skyrocket in 2023, with over a million people losing their jobs, according to a new estimate.

'Rage-Applying' Grows Popularity Among Employees In The Wake Of Job Losses, Layoffs, And Moonlighting