The Adani Group’s open offer received subscriptions for nearly 32% of the shares of the media company New Delhi Television (NDTV) that ended on Monday in spite of the big discount to the stock’s current trading price. The open offer was announced on November 22 and it ended on December 5

Exchange data showed that by the end of trading on Monday, the Adani group business had bought about 53.27 lakh NDTV shares on the open market for a price of Rs. 294 apiece.

The Adani group initiated an offer to buy 1.67 crore shares, or 26% of NDTV’s stock, from the company’s minority shareholders after indirectly acquiring promoter group company RRPR Holdings, according to information found on the Bombay Stock Exchange (BSE) website.

The trading of the offer started on November 22 at a floor price of Rs. 294 per share in NDTV with a face value of 4. The floor price is more than 29% less than the current market price for NDTV, which is Rs 414.40 a piece right now. But just one day before the launch, on November 21, the open offer started at a discount of 23.2% from the NDTV market price, which was Rs. 382.80 apiece. 8.26% of NDTV’s equity is made up of the shares that have been tendered so far. The ports-to-energy conglomerate would have 37.44% of the market after adding the 29.18% share that Adani Group has already bought, which is more than the 32.26% holding of founders Prannoy Roy and Radhika Roy.

It may be noted that Adani had originally planned to start the open offer on October 17 but had to wait until after Sebi gave its approval. Vishvapradhan Commercial, AMG Media Networks, and Adani Enterprises later declared an open offer to buy additional Rs. 1.67 crore equity shares, representing 26% of the company. Following that, on November 7, Sebi approved the proposed open offer for Rs. 492.81 crore. It may be mentioned that Adani Group bought Radhika Roy Prannoy Roy Holdings Private Limited (RRPR) Holding in an indirect transaction in August, which led to the open offer to purchase an additional 26% of the media company.

NDTV said last week that Roys had left the Radhika Roy Prannoy Roy Holdings Private Limited board, but they continued to serve on the board of NDTV. As part of a larger diversification drive that has seen the Adani group expand beyond coal mining and ports into cement, data centres, airports and digital services, NDTV will give the Adani group a presence in the media sector. 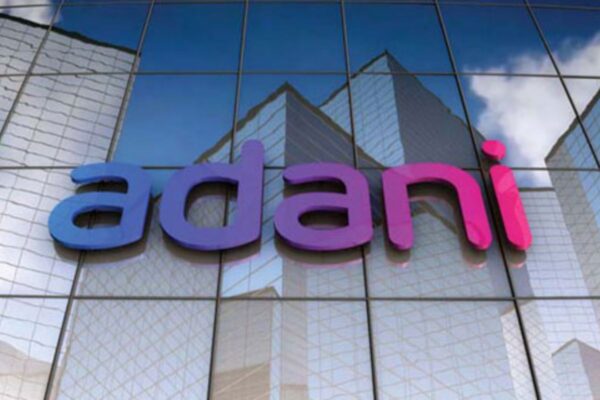 After purchasing VCPL in August, the Adani group sought to convert the warrants that came from the outstanding loans into equity.

VCPL was able to convert warrants into shares of RRPR Holdings, which owned a 29.18% holding in NDTV, with the help of a loan. After purchasing VCPL in August, the Adani group sought to convert the warrants that came from the outstanding loans into equity.

Following the acquisition, Sudipta Bhattacharya and Sanjay Pugalia, executives of the Adani Group, were added to the Radhika Roy Prannoy Roy Holdings Private Limited board. Mr. Pugalia is the CEO and editor-in-chief of media projects for the Adani Group and a former journalist. A journalist and independent director of Quintillion Business Media, Senthil Chengalvarayan, a  media company in which Adani had earlier this year acquired a share, was added to the board.

China's economic strength is outpacing its military force. War is in fact a new epoch.