Airbus, the European aircraft company, is seeking to source green hydrogen from markets like India.

Airbus, the European aircraft company, is seeking to source green hydrogen from markets like India, Latin America and Australia as part of its decarbonization initiatives. According to a company representative who spoke to the Press Trust of India (PTI), Airbus is developing a hydrogen-powered fuel cell engine for its planned zero-emission aircraft that will go into service by 2035.

In addition, Airbus and HyPort have signed an agreement to establish a low-carbon hydrogen distribution and production facility at France’s Toulouse-Blagnac airport.

Early in 2023, a hydrogen fueling station is expected to open at the French airport of Toulouse-Blagnac. The aerospace major said that it would be able to produce about 400 kilos of hydrogen per day, which would be sufficient to power 50 ground vehicles.

India and Latin America, among others, are drawing attention as potential supply centres due to the low cost of producing renewable energy, according to Glenn Llewellyn, Vice President of Airbus’ zero-emission aircraft division.

He added that based on domestic renewable energy environment, he thinks that one day zero emission aeroplanes operating out of airports like Delhi and others at reasonable prices may be possible. 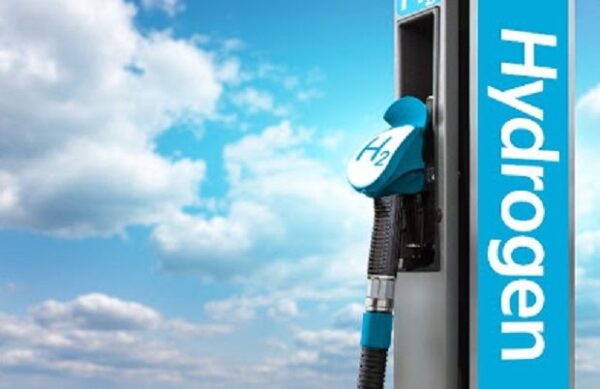 On the sidelines of the Airbus Summit 2022, Llewellyn further told the Press Trust of India that one of the primary initiatives that Airbus is now engaged in is making sure that there is green hydrogen available at airports when a hydrogen aircraft is ready. And they are working hard with numerous airports and energy suppliers throughout the globe to ensure that green hydrogen is accessible and affordable as and when needed.

He noted that although there are now no hydrogen-powered aircraft flying yet but what can be done is using hydrogen to reduce the carbon footprint of airport operations. By doing so, we can increase the supply of hydrogen and get ready for a time when planes will require it.

When asked about the business’ strategy for acquiring energy, Llewellyn responded saying that they are seeking to get hydrogen from places like India, Latin America and Australia where they find cost of hydrogen production interesting and affordable, the value chain will be used to transport that hydrogen to other regions of the world where it’s possibly more expensive to produce locally. For Airbus, India is a crucial market. Hydrogen produced from renewable sources or low-carbon power is referred to as green hydrogen.

For Airbus, India is a crucial market. Hydrogen produced from renewable sources or low-carbon power is referred to as green hydrogen. It emits substantially less carbon dioxide than grey hydrogen, which is made from fossil fuels like natural gas. The majority of today’s hydrogen market is made up of grey hydrogen.

The National Hydrogen Mission was launched by Prime Minister Narendra Modi on August 15, 2021, with the goal of making India a major leader in the sector. By 2030, the nation aims to produce 5 MT of green hydrogen as part of this project.

India has previously stated that it wants to satisfy 50% of its energy needs from renewable sources by 2030 and increase its renewable energy capacity to 500 GW. Airbus told Bloomberg that a lack of green hydrogen and accompanying infrastructure could delay the arrival of a carbon-free aircraft into service.

Llewellyn stated that India is an incredible location with enormous potential for producing green hydrogen at an exciting price and he hopes that one day they will be able to fly zero-emission planes out of airports like Delhi and others at affordable prices with the assistance of homegrown renewable energy ecosystem.

It may be mentioned that on November 30th, Airbus told Bloomberg that a lack of green hydrogen and accompanying infrastructure could delay the arrival of a carbon-free aircraft into service.

The European planemaker, which wants to launch a hydrogen model in 2035, is collaborating with airports, energy firms, and infrastructure suppliers to create the ecosystem required to operate such an aircraft.

With The Speed Adani &; Ambani Are Acquiring Other Business, In Next Few Years More than 90% India & Indians Would Be Working Under & For Adani & Ambani

Why Companies Like Zoho & Zerodha Deserve a Standing Ovation from Every Citizen of India for Keeping the Integrity, Pride & Acumen of the Startup Ecosystem.