Big Omicron spike shows limitations of China’s zero-Covid policy. The current Covid-19 infection wave started a few days after China relaxed some of its zero-Covid policy. Only close contacts of an infected person were placed in quarantine, and the quarantine period was also cut to five days.

The number of new cases of coronavirus in China has just surpassed 30,000, setting a new record for a 24-hour period. According to a South China Morning Post report, China’s National Health Commission reported 31,444 confirmed all new infections on Thursday morning, breaking the previous record set in the middle of April.

Up until a few days ago, Germany was also reporting more than 30,000 cases per day; currently, the US and France are reporting higher daily numbers. However, China is unique due primarily to the extremely strict containment strategy it has implemented, with a fair amount of success. The last time such high numbers were reported from China was in March and April of this year, which was the first time the nation had ever seen 1,000 cases in a single day.

Within days of China allowing some relaxations in its zero-Covid policy, there has been a recent wave of infections. Only close contacts—not all—of an infected person were placed in quarantine, and the quarantine period was reduced to five days, including for incoming international travelers. 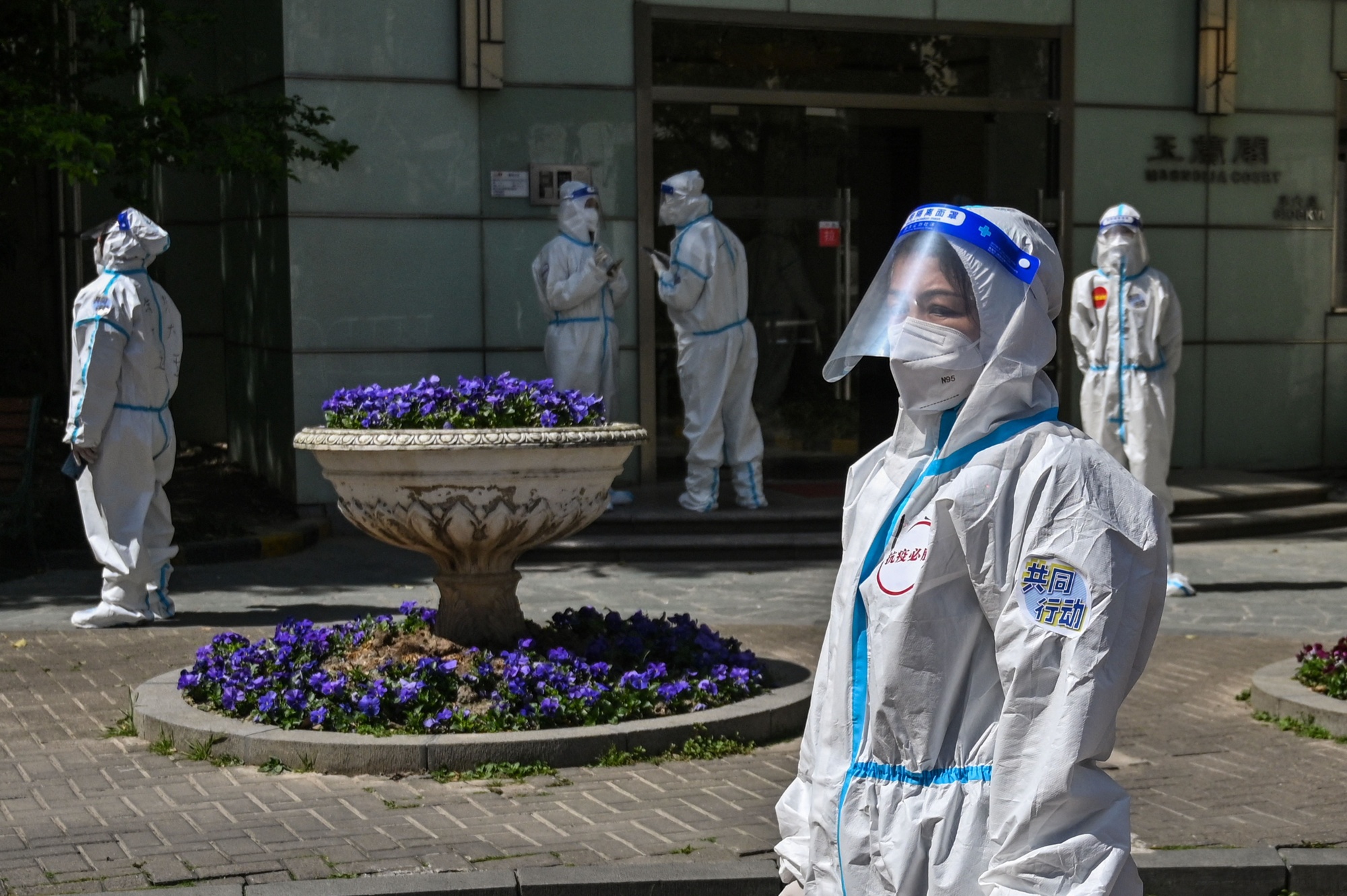 The provincial capital of Henan, Zhengzhou, entered a five-day lockdown on Friday as a result of the surge. The Covid regulations have been cited as one of the causes of the city’s recent widespread protests by employees at the massive Apple factory.

A zero-Covid strategy with flaws

China has pursued a zero-Covid strategy from the start, while most nations have focused on preventing infections from getting out of hand while allowing regular activities to continue. Even asymptomatic cases that were known to exist were required to be hospitalized; small outbreaks resulted in strict lockdowns; and suspected cases, along with all contacts, were kept in prolonged isolation. More than 25 million people live in Shanghai, the world’s largest financial center, which was completely shut down in March.

The plan was painful but mostly effective. Only 1.38 million people in China have been identified as infected as of the pandemic’s start in 2020, according to Our World in Data. Similar numbers were reported by the US in a single day during its worst phases.

However, this success itself is now proving to be a weakness. The vast majority of the people in China have not contracted the virus, so they lack immunity. Vaccines do not appear to significantly reduce the risk of infection.

As a result, when a fast-moving variant like Omicron does manage to overcome the formidable defenses of the zero-Covid strategy, as it occasionally will, it comes across a sizable population of susceptible individuals. After that, the virus can spread very quickly. This is what occurred in March and April, and it appears that this is still taking place today.

In February, the same thing happened in South Korea and Hong Kong. Up until that point, those nations had also managed to keep their populations free of the virus thanks to South Korea’s aggressive testing and Hong Kong’s zero-Covid policy. However, when Omicron finally made a breakthrough, both nations experienced tens of thousands of cases and daily fatalities.

For the second time this year, China is in danger similar to this one. Compared to Delta or Beta, Omicron causes a milder illness, but it can still kill elderly people. Despite administering nearly 3.5 billion vaccine doses, China’s population over the age of 80 has received relatively few of them. The efficiency of the two Chinese vaccines currently in use, Sinovac and Sinopharm, has also been questioned.

In the early part of this year, China was able to control the situation in about a month and a half. Nothing indicates that the current surge would be very different in the future. The most recent wave has once again shown the zero-Covid strategy’s flaws, but it also raises the possibility of a return to the stricter regime that the nation had just started to loosen.

In China, the illness appears to be returning with a vengeance at a time when the full majority of the world is working to move past the trauma of the Covid pandemic. The nation reported 31,454 new cases on Thursday, the highest daily increase since the virus was first identified nearly three years ago. Tens of millions of people have been cooped up in their homes for the past 10 weeks in more than 50 cities and towns, which has exacerbated the nation’s economic slowdown and caused unrest. There have been reports of police using force to put an end to the unrest at the largest iPhone factory in the world in Zhengzhou due to unpaid salaries. Migrant workers, who make up a sizable portion of the workforce in Guangzhou province, have been confined to quarantine facilities and are not permitted to leave.

The Omicron variant of the coronavirus’s particularly contagious avatars, BF.7 and BA.5.1.7, is said to be the cause of the current surge, according to the WHO. Furthermore, despite the fact that the cases have not been severe, a sizable portion of the nation has been under the virus’ control for the majority of this year.

Unbelievably, the Chinese government’s actions are hardly any different from those they took during the main early stages of the pandemic when the coronavirus was a pathogen that was poorly understood. For the remainder of this month, people are asked not to leave their homes. As a part of what it refers to as the “war of annihilation” against the virus, the government will run PCR tests every day. Curiously, however, vaccination does not play a significant role in the anti-Covid arsenal. China has a particularly low primary vaccination rate compared to other nations, especially among the elderly.

According to health officials, only about 85% of those over 60 have received both shots of the vaccines. These figures, however, are not without controversy; the economic downturn has prompted the IMF to request that China increase vaccination rates. 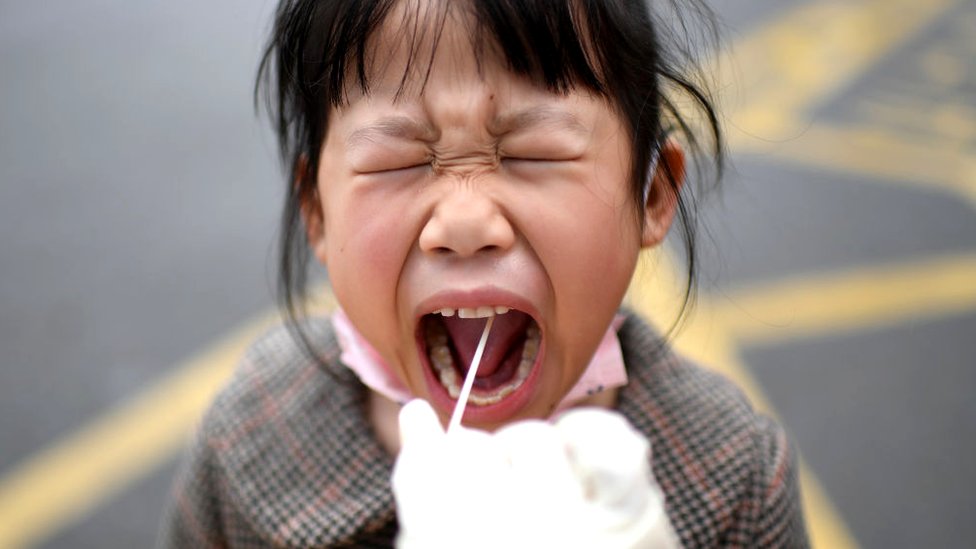 The nation’s indigenous vaccines have come under even more scrutiny. The majority of the vaccines used in China are produced by the state-run Sinopharm and the private pharmaceutical company Sinovac, both of which have not released data on final-stage clinical trials to the public. China’s top disease control official, Gao Fu, reportedly acknowledged the low efficacy of the nation’s vaccines in April.

The increase in China serves as a reminder that the pandemic is still active. The search for a Covid vaccine that is variant-proof should not end. The most populous country should continue to be pushed to be more open.

Elon Musk's first month at Twitter was described by dismissals, threat and an extended argument over blue check marks 2022