A few days ago, Koo, the alternative it claims to be against Twitter, raised some tough questions to Twitter after its official account was suspended and went on to declare itself to be the best competitor of Twitter.

A controversy of sorts brewed between Twitter and India’s very own microblogging platform Koo when on December 16, Twitter suspended the former’s official account, set up for answering user queries.

This move opened a pandora’s box. Koo co-founders Aprameya Radhakrishna and Mayank Bidawatka were quick to express their thoughts and disappointment and took to Twitter. They even went as far as claiming that Koo is the best alternative to Twitter.

Perhaps, it was a little too much for Twitter to allow one of its competitors to use the platform for “user queries”.

Following the suspension of the Koo account, Radhakrishna tweeted: “One of the Koo handles on Twitter just got banned. For what?! Because we compete with Twitter? So? Mastodon also got blocked today. How is this free speech and what world are we living in?”

A legitimate question, one would say, but is Twitter that unconfident that it would go so far as to silence a similar platform, a fellow competitor?

Koo was the answer to Twitter, launched in 2020; Radhakrishna and Bidawatka saw a gap in the social media market.

India is a land of diversity, and every region has its own dialect; hence the co-founders recognised this gap and decided to come out with Koo as a medium that would let communication and expression not get stuck but become a voice on the Internet for those who wished to communicate in their own dialect.

What Koo did was not only limit itself to English speakers alone, but it went a step ahead; it provided the opportunity for English speakers to communicate effortlessly with speakers of other vernacular languages via the automatic translation of Koo into multiple languages.

As per the company, Koo, since its launch in 2020, it has had more than 60 million downloads. By far, the Twitter numbers, compared to that of Koo, are exponentially huge, but it has also been in the market for much longer and has a vast global presence.

But Koo does have some aces under its sleeve, which can be gauged from what Radhakrishna revealed in an interview.

Koo plans to enter and take advantage of geographies where Twitter has yet to make a mark, giving an example of the language-speaking developing countries where it wants to focus.

What’s more is that the latest turmoil that Twitter finds itself in is also being viewed as an opportunity, and it hopes to capitalise on this by expanding globally.

It has expanded to Brazil and seen positive traction on the platform—in over 48 hours, it saw over one million downloads, as claimed by the founders.

The next pitstop is the United States. Koo is still partially monetised, focusing on increasing the user base.

What’s The Verdict So Far?

As Manish Maheshwari, former Twitter India head said, When it comes to India, Koo has done an excellent job so far. However, the social media platform must now focus on capturing important global markets like the United States.

And this makes sense; why?

Because the majority of users on Koo are non-English speakers and the United States has a massive Spanish base which can be capitalised on. Hence, it would give good mileage to Koo if it is able to attract the Spanish-speaking population of the United States. 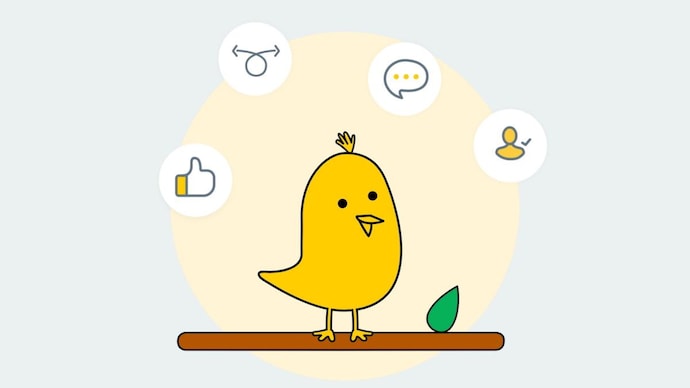 First and Foremost, for Koo to become a replacement for Twitter, it will have to seek growth opportunities globally aggressively; it would also have to focus on growth and be all hands down in capturing all the space markets that Twitter is leaving.

Monetisation is something that Koo will have to wait on, and once it is able to capture a good user base, advertisers will follow suit.

Koo’s future plans include moving into the much-wanted subscription and advertising model and readying to work in a revenue-share format with creators.

So far, the platform has raised $ 50 million from investors, including Accel Partners, Tiger Global, Kalaari Capital, 3one4 Capital and Blume Ventures.

The microblogging platform is already experimenting with advertising in India and working closely with large brands such as Star Sports, Amazon Prime Video and Myntra advertising on the platform.

To show how much traction the platform has got regarding the above can be gauged by the fact Koo already has 50 advertisers on board in the last three months since they started advertising.

What’s promising is that compared to Facebook or Instagram, advertisers have seen better or almost similar results on Koo.

According to Radhakrishna, the reason why the advertisers have seen such good results on the social media platform is attributed to the fact that it has 95 per cent Genuity of users, and this is because people have to register on the platform using their phone numbers.

Also, since there is a self-verification process using Aadhaar, there are barely any bots; hence when there are genuine users and they are allowed to see advertisements that they may be interested in, it results in a higher click – rate. 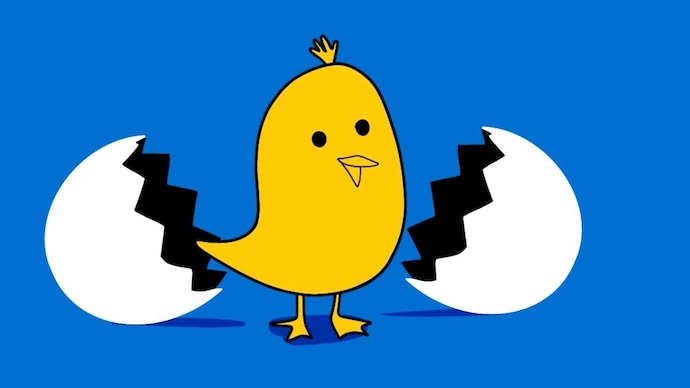 Under its new leadership, Twitter fired the majority of its India team; hence a considerable gap has emerged in the form of a need for more local (India) content, and this is where Koo plans to make up in terms of content and numbers.

People across countries are looking for alternatives to Twitter due to various triggers, including the shift in ownership. Though there are other global microblogging platforms such as Gettr, Truth Social, Mastodon, Parler and Gab, Radhakrishna claims Koo is the largest.

World over, people are demanding a lot more from global tech and questioning platforms like Twitter, Facebook and Google, says Radhakrishna. “The world wants transparent and consistent platforms. Koo is just that. We are a pre-monetisation product so there is no reason for anybody to doubt why we use any kind of user data.”

The platform does share user data with advertisers to show personalised advertisements, and Radhakrishna says, “we are open about that.”

Koo’s strategy is to go wherever there is a search for an alternative to Twitter. “For us to establish as a global player, the US is an important market. Though we started with language as our focus, the English-speaking market is a massive opportunity for us.

We want to make sure we go in there and position ourselves as the only true alternative in the world to Twitter,” explains Radhakrishna.

However, there are also some problems and challenges that Koo needs to overcome – 1. Transparency and Content Moderation – While the app claims to be transparent and has well-documented policies regarding content moderation, at the same time, nothing is available on how Koo shares user information or how it moderates content with the government of India.

Also, what is not available are content moderation algorithms, which Koo has claimed to have made openly available for transparency.

An example of the same is when Koo expanded to Brazil; it faced problems regarding content moderation and security issues. Although there were a few fake profiles of some prominent personalities found on Koo, the issue was resolved.

2. Privacy policies when going global – Every country has its own rules regarding privacy policies. The toughest one is that of the European Union‘s General Data Protection Regulation (GDPR), the compliance of which can be very resource intensive and is particularly challenging for social media platforms.

Also, what could make the expansion of Koo in the EU tough is due to new rules on social media, which are coming into effect shortly in the EU, for example, the Digital Service Act.

Hence, for Koo to be seen as an alternative to Twitter in these countries, it may get that initial push, but the road is still long and winding as it needs to concentrate on user growth and engagement from the long-term perspective.

It also needs to concentrate on superior moderation policies while simultaneously focusing on localisation for new markets.

Conclusion: Twitter’s fall is an excellent opportunity for Koo to fill the gap and expand its user base in the process.

Europe turns to LNG instead of Russia gas: What is it, how it impacts the climate?

How Much Debt Do Adani Group Of Companies Have? And Why Retail Investors Should Be Cautious Of Investing In Adani Stocks?