Due to decreasing sales and unfair competition in the industry, 11 out of the total 32 zonal liquor dealers in the country’s capital have given up their licenses. According to industry sources, the merchants who have given up their licenses generally attributed the failure of their businesses to obstacles in the new alcohol policy, such as arbitrary price fixing. South Delhi is the worst affected by the lack of liquor stores, affecting several upscale national capital sections.

“The hurdles in the policy change and its improper application have caused outlets to close up shop all around the city. South Delhi is experiencing a severe alcohol situation in places like Cannaught Place, Saket, Green Park, and other neighborhoods, “said a professional source.

According to Vinod Giri, General Director of the Confederation of Indian Alcoholic Drink Companies, “While the policy was good, there were flaws at the execution level that led to this terrible situation” (CIABC).

He emphasized the shortcomings by stating that there are many shops in each zone. According to Giri, it is unfair that the policy authorized 27 alcohol vends in each of the 32 areas. Second, he stated that because there were so many businesses, the bidding policy put a major financial strain on the store owners.

The minimum bid for these zones totalled close to Rs 7,000 crore, with a mean reserve price of about Rs 225 crore for each zone. However, the Delhi government made nearly Rs 9,000 crore through competitive bidding. Speaking on the new tax policy, Giri noted that the opposition’s protest at the program’s launch was a major contributing factor in addition to these obstacles. 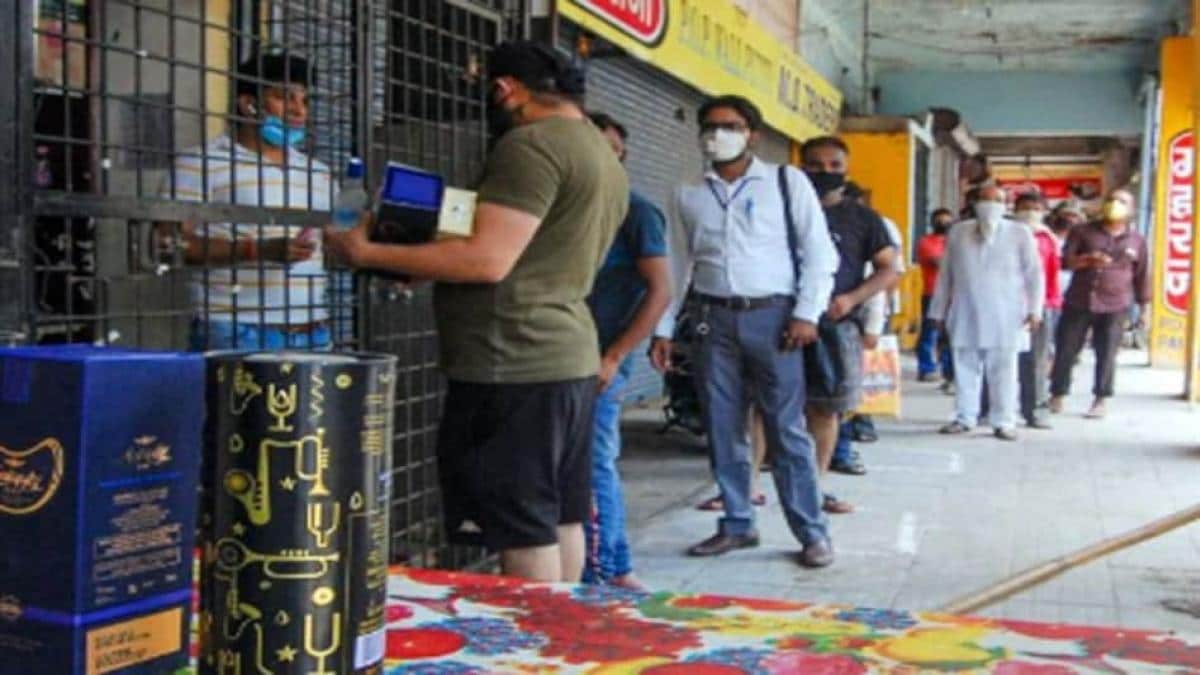 The introduction of the plan was delayed due to demonstrations at different locations throughout the city, and the vendors suffered losses because they had already won their separate licenses through a bidding process.

“The vendors had to incur greater losses as it postponed the inauguration of the liquor stores due to the new excise validation process imposed by the state to the already existing restrictions,” said Giri.

He continued by saying that the current discount on alcohol sales resulted from the delay, which finally resulted in enormous losses for the sellers, who then decided to revoke their licenses.

Further clarifications made by Delhi Government before Delhi HC

The AAP government makes the following explanations before the Delhi High Court in addition to guaranteeing that no coercive action will be taken against all of the liquor retailers.

The Delhi government further testified to the court that, as of November 11th, 10 L1 licensees had applied for a register of roughly 78 brands and that no legitimate application for a brand was still outstanding as of this time.

The state legislature has stated that the 92 brands of foreign alcoholic beverages have been calculated and are awaiting wholesaler web-based applications. Once correctly applied, the process will be finished in no more than two days.

From the expected start of business until the end of FY 2021–2022, the licensing costs will only be assessed on a pro-rata basis. The license costs are only due for the period remaining in the FY, or nine prorated months if there are nine operational months left after the planned date of company commencement. According to the guidelines in Rule 48, the licensees must pay the license fee. Senior attorneys Rahul Mehra and AM Singhvi assured the High Court that the Delhi government would not take any aggressive action against liquor merchants. Justice Rekha Palli delayed the case for further hearing on November 15 after receiving assurances from the Delhi administration.

The guarantee was given verbally because the HC heard arguments from big petitions against the government’s decision to begin charging license fees on November 1, 2021.

Sixteen petitioners who were successful bidders for L-7Z* (which refers to a zonal license for the retail sale of alcoholic beverages created in India and abroad) and L-7V* submitted the argument (retail sell of Indian-made liquor & overseas liquor in a zone). The petitioners ask that the state government’s decision to charge alcohol taxes be ruled unlawful.

The arguments also aimed to stop the state government from requesting license fees or bank fees, as well as to order the relevant authorities to refrain from doing so until the state government had addressed its commitments under the terms of the tender and the Delhi Excise policy for the years 2021–2022. Santosh Kumar Tripathi, the standing attorney for the Delhi State government, has supported the new taxation policy. The ruling said that, with payment of the proportionate license fee, all state liquor vends in the form of L-6/L-6FG/L-6FE may continue to operate until November 16 — one day before the scheduled date of the opening of operation for new licenses awarded in the form of L-7Z.

According to the statement, this will guarantee that Delhi has a steady supply of alcohol during the changeover time. The licenses were renewed up to September 30 by a directive in June to ensure a smooth and continuous supply of authorized alcohol in Delhi.

The order said that all wholesale licenses L-1, L-1F, and L-2 (draught beer) would remain to be valid till November 16, 2021, subject to payment of the license charge of forth in Rule 34 of the Delhi Customs Rules, 2010.

Is India following Sri Lanka on the road to Economic Crisis?