The European Union is staring into the abyss of a potentially catastrophic energy crisis, and policymakers are growing increasingly concerned about what to do next, what message to transmit, and what assistance to offer to individuals and companies facing significant financial difficulty.

The group has focused its efforts too far on finding more money for cash-strapped countries that are handing out billions in emergency help to ease the pain of growing expenses.

However, when traditional market tools have reached the end of their useful lives, public coffers are empty, and winter approaches, numerous countries are increasingly turning to drastic measures. In a public letter last month, 15 EU countries—among them France, Italy, and Spain—joined forces to call for a price cap on all gas imports and transactions inside the EU. A wholesale price cap, according to the signatories, would help to keep prices in check before expensive gas supplies hit the market, are used in power plants, and have an impact on electricity rates. The cap is a worthwhile measure for elected officials worried about public discontent and unfavorable poll results. However, the cap represents a leap of faith for energy experts—one made out of desperation rather than conviction. “It’s kind of a scream for assistance,” Elisabetta Cornago, a senior energy researcher at the Centre for European Reform (CER), told Euronews over the phone.

The joint letter, according to Cornago, shows that the bloc is increasingly departing from conventional wisdom despite the risks it may involve since it has run out of “low-hanging fruit” to handle the energy issue. The researcher stated, “My opinion is that member states are looking at pricing and quantities in isolation, and that’s problematic due to economics.” “Prices are high due to a lack of supply.”

The energy market in the EU is substantially liberalized and runs on the axioms of supply and demand. The laws have provided customers with dependable and consistent rates for the past 20 years while operating in unison. But the system was suddenly turned upside down, revealing its most extreme version when Russia, the bloc’s top energy supplier, chose to begin the invasion of Ukraine. Vladimir Putin retaliated as Western nations slapped sanctions on the Kremlin by aggressively manipulating crucial gas supplies.

The EU was forced to scramble to replace around 150 billion cubic meters of Russian gas (over 40% of its total yearly consumption) as the geopolitical tension threw the supply-demand balance out the window and prices skyrocketed to record highs. As much liquefied natural gas (LNG), a highly adaptable but pricey product that can help offset the Russian losses, as feasible, was purchased.

By the end of August, prices at the Dutch Transfer Title Facility (TTF), which serves as the primary benchmark for gas trading in Europe, had skyrocketed to an astounding €339 per megawatt-hour, or over 12 times the level attained the previous year.

The united letter requesting a gas limit for the entire EU was made public before the end of September. The price cap, according to Cornago, “creates a contradiction between price mitigation, which is the measure’s goal, and the security of supply, which might be in jeopardy.” She continued, “It’s difficult to imagine such a level of market interference.” It’s unexplored terrain here. 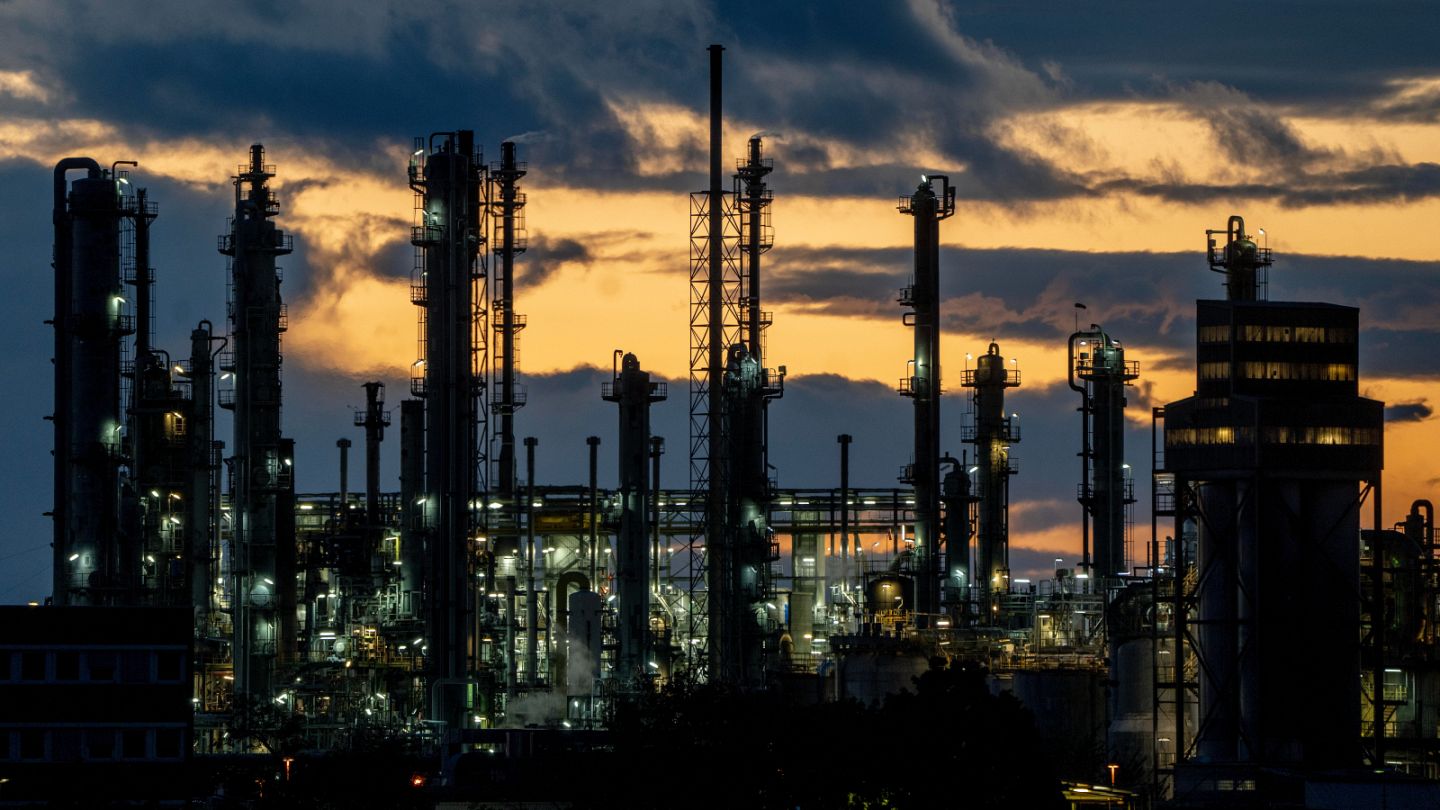 Like many other energy experts, Cornago worries that LNG supplies, which are handled internationally on specialized ships, might be quickly diverted to other international markets without price controls and with higher profit margins. In particular, Asian marketplaces might provide an alternate location. The area, whose pipeline infrastructure is constrained, has relied on LNG to fuel its economic expansion for a long time and is accustomed to surviving the fierce global competition.

The EU joined the LNG boom rather late and initially found it difficult to establish itself in the crowded market. Strong diplomatic outreach and a decline in demand from China, whose economy slowed this year as a result of a strict zero-COvid policy, have allowed the EU to draw record numbers of LNG vessels, mostly from the US.

As a result, the network of LNG terminals in the EU is nearly operating at capacity (around 157 billion cubic meters per year). Brussels wants to maintain the status quo. Following a meeting with national ministers, Kadri Simson, the European Commissioner for Energy, declared, “This winter, we will also need every molecule of LNG that we can obtain.” Dr. Jack Sharples, a research fellow at the Oxford Institute for Energy Studies, predicted that a Chinese recovery and a colder-than-normal winter in Asia will surely intensify the competition for LNG carriers. According to Sharples, LNG customers in Asia have always been accustomed to paying more than those in Europe.

They probably find it less comfortable now that Europe has shown itself to be a place that is prepared to fight with them on prices since it means they can’t always be sure of receiving the cargoes. “

The gas ceiling for the EU would need to be flexible and always be higher than the rates established at the Japan/Korea Marker (JKM), Asia’s version of the Dutch TTF. Each time the demand from Asia rose, the EU would have to increase its cap. This can lead to a regional race to the top, pushing prices even higher and nullifying the cap. “The national governments and LNG consumers in Asia will be upset if you do that,” according to Sharples. But that also implies that you’ll likely have a high.

According to Sharples, if you do that, you’ll enrage national governments and LNG buyers in Asia. The price ceiling for LNG entering Europe, however, is implied to be rather high by this. Oslo has openly expressed doubt over the idea and emphasized that a gas restriction would fail to address the problem’s core source, the shortage of gas. A second cap would need to be put in place concurrently for imports of pipeline gas, of which Norway is now the main supplier. Experts caution that when it comes to a gas cap, supply security is only the beginning. Currently, gas supplies are dispersed throughout the EU via price signals, or the various gas prices that nations pay based on their respective energy demands and purchasing power. These signals enable the free market to operate and guarantee that supply is sent to areas of demand that fluctuate on a daily or even hourly basis.

Although all 27 nations would pay the same price for gas under a universal cap, it would be hard to tell where demand is higher and where it is lower. In essence, the market forces as we currently know them would vanish, necessitating the development of a whole new system to control distribution.

The European Commission stated in a non-paper released last month that “deciding on gas flows administratively is without precedent in Europe and, at present, nobody at EU level has this expertise and technical competence to execute this assignment.”

In the case of a gas shortage, when all capitals would be fighting tooth and nail to get as much gas as possible, economists warn that creating an administrative body to manage gas supply across 27 nations in the middle of a terrible energy crisis might prove to be politically combustible.

Similar opinions were voiced by Cornago and Sharples, who cautioned that price signals would disappear under a controlled gas cap and that more market intervention would be needed to secure the distribution of supply. The COVID-19 crisis, in which the Commission invented a market for vaccines out of thin air, is completely different from this, according to Cornago. “There is already a gas market.”

Even if the 27 nations are successful in reaching an agreement to impose a price cap on gas across the EU, persuade suppliers to keep bringing in LNG tankers, and create a new organization with centralized authority to handle distribution, they may soon run into a new challenge: a rise in gas consumption.

“Consumers will boost their demand if you are successful, prices are low, and gas is still available.” Low prices equal high demand. Particularly now that winter is approaching,” said Bram Claeys, a senior advisor at the Regulatory Assistance Project (RAP), a non-partisan group devoted to the green transition. This rise in demand will drive up prices once further, placing a strain on your government’s budget or gas cap. Once more, there is a chance of failure. Because the cap would require governments to continuously subsidize the gap between the true market price and the artificially controlled price, Claeys believes the ceiling would “soon start costing billions.” Germany, which opposes a limit throughout the EU, has launched a €200 billion scheme to protect companies and people from skyrocketing costs. The massive initiative has sparked worries about unfair competition within the EU.

According to Claeys of Euronews, the majority of EU countries are “under great public pressure” and “don’t have the enormous finances that Germany is reportedly having to directly support disadvantaged consumers and firms through government handouts,” according to Claeys of Euronews. Simone Tagliapietra, a senior fellow at the Brussels-based economic think tank Bruegel, went further and issued a warning that a large cap would encourage gas use to the extent that full-scale rationing would be necessary to guarantee gas supplies lasted long enough.

EDITED and PROOFREAD by nikita sharma

To address the challenges of today, manufacturers digitize and abandon paper

Exporters are concerned as the GST exemption on export freight expires.