In Tunisia’s parliamentary election, less than 9% of eligible voters participated, according to the main opposition coalition.

NSF leader Nejib Chebbi called for mass protests calling for snap parliamentary elections after Saturday’s election was dubbed a “fiasco”. Most opposition parties boycotted the vote. Mr. Saied denies accusing them of reversing democratic progress made after the 2011 uprising.

The main opposition parties boycotted a vote that was held after Mr. Saied arrested the prime minister and suspended the parliament in July 2021.

In 2011, Tunisia overthrew the late dictator Zine el-Abidine Ben Ali during the Arab Spring, which prompted the creation of a new constitution. A supreme command over the army was given to the head of state.

A cycle of political paralysis and economic decay was broken by such powers, says Saied, 64.

It is agreed by his supporters that a strong leader is needed to combat corruption and other major problems hindering the development of the impoverished North African nation.

After the fiasco, Mr. Chebbi released the following statement: “We consider Saied an illegitimate president from this moment forward, and we demand that he resign.”

In addition to demonstrations, the National Salvation Front called for sit-ins and mass rallies.

No public comments have been made on this issue by President Saied.

There has been no economic and political stability in Tunisia since the uprising 11 years ago. 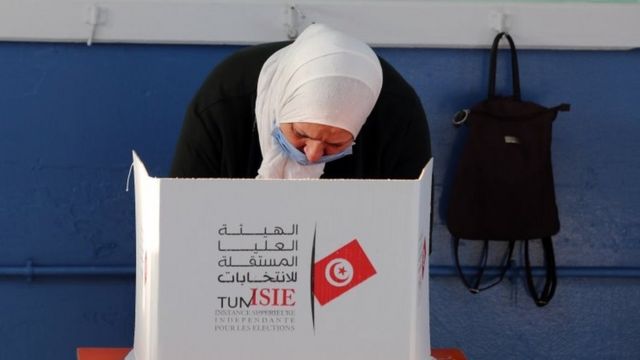 North Africa analyst Magdi Abdelhadi analyzes the man who is viewed by his supporters as a savior, but by opponents as a power usurper as Tunisia’s president asks voters to approve a new constitution on Monday.

Kais Saied believes that he is destined for greatness. Although Tunisia and the region do not have an authoritarian streak that is unique or new, his academic credentials and rhetorical style set him apart from other Arab autocrats.

A former law professor delivers his remarks with clarity, vision, and an ironclad determination, often adlibbed, in impeccable classical Arabic.

A year after taking full control of Tunisia, he continues undeterred toward his, and only his, ultimate goal. Many Tunisians may find this appealing.

In 2011, Zine al-Abidine Ben Ali was overthrown in Tunisia, the birthplace of the Arab Spring.

Many Tunisians have simply grown sick of this “democracy”, which has failed to improve their quality of life in the past decade, as ten governments have come and gone and endless squabbles in parliament have sometimes escalated into violence.

A surge in inflation and unemployment, a rise in foreign debt, and a drop in the Tunisian dinar value resulted in a free fall for the economy.

At least according to what he says in public, Mr. Saied is not opposed to the Tunisian revolution. It is he who “corrects” the revolution’s path, as the man of the people.

Arab politics has a notorious history of using the word “correction” (tassheeh). Power grabs have often been justified by it. 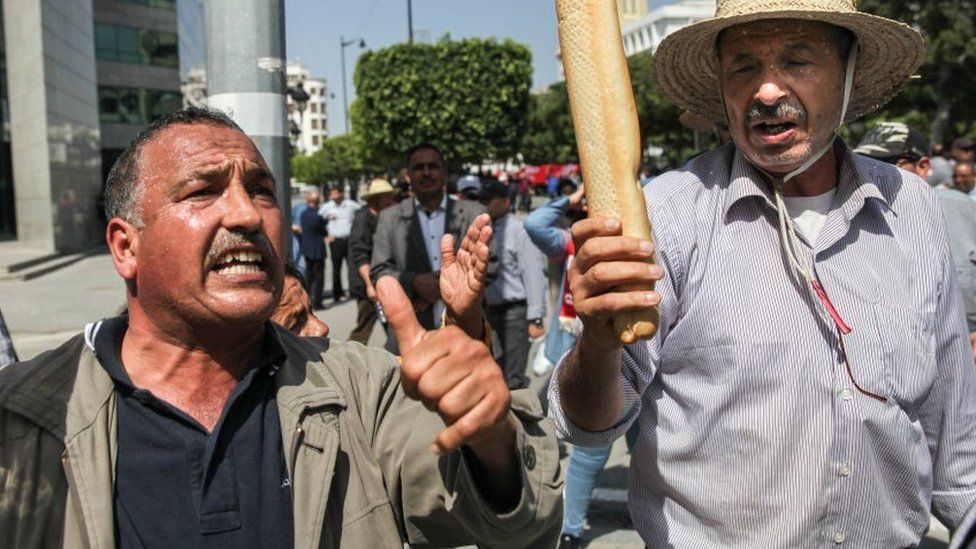 Selflessness motivates “the correction’s” leader, along with a profound sense of history’s weight. In his view, history needs to be corrected.

Those narratives are enshrined in the constitution of Mr. Saied.

It is on that day that President Saied dismissed the government, suspended parliament, and began reinventing the political future of the country all by himself.

Tunisia is headed back to an outright autocracy, according to critics.

As Tunisians express their dissatisfaction with democracy, they are not alone. An emerging trend in North Africa and the Middle East is disillusionment with the ability of democratic systems of government to tackle economic hardships. 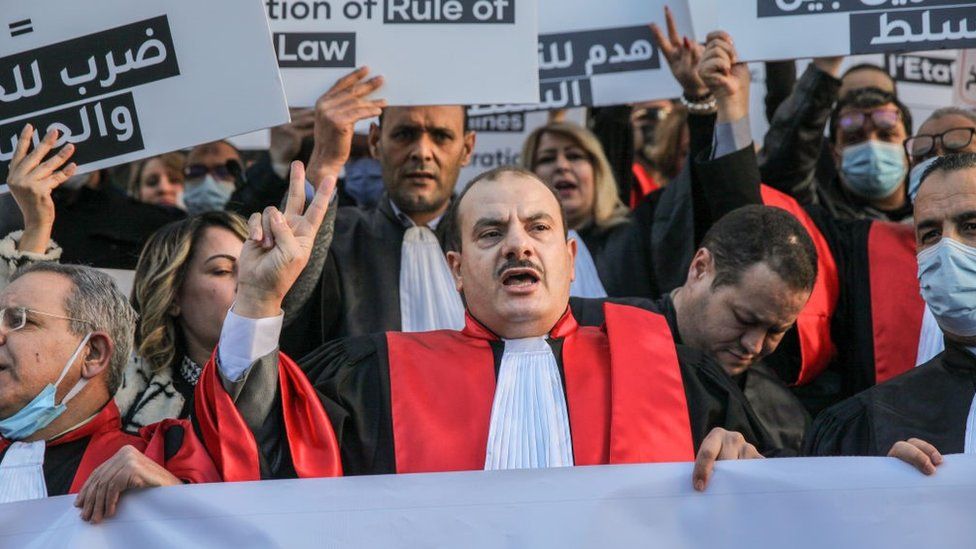 Tunisians are more concerned with effective governments than their forms, according to a recent survey.

Most observers agree that Mr. Saied’s de facto annulment of the 2014 constitution reverses many of the democratic gains. Since July last year, he has ruled by decree.

The new constitution introduced by Mr. Saied is designed to give more power to the president at the expense of the elected legislature.

This reversal of power is contrary to the 2014 constitution that established the balance of power between them.

In addition, it does not limit the powers of the president. Neither parliament nor any other institution has the power to impeach him.

Additionally, the prime minister and the ministers are selected by the president, and they can be dismissed by him. If parliament withdraws confidence in the government, he can dissolve it as well. Another cornerstone of a democratic system, the judiciary, is undermined by the new constitution.

A weakened parliament with limited oversight powers results in Tunisia returning to the presidential system it had since independence.

Although this draft introduces some innovation, it is also a good introduction for the entire region – not just Tunisia.

By doing so, it radically changes the relationship between religion and state in the Arab world, which had been stipulated in most constitutions.

It is the state that must work to achieve the objectives of Islam, not Tunisia. Islamism’s main rallying cry for centuries has been to protect life, integrity, wealth, religion, and freedom for the individual, not Sharia (Islamic law).

Muslim reformers have long called for the inclusion of democratic values within Islam, which are not defined by Sharia’s legal code.

Any political group utilizing religion could be criminalized, undermining the powerful Islamist movement, Ennahda. Secularists will likely find it appealing, however.

In particular, Mr. Saied and his constitution have been criticized for a lack of transparency and inclusivity in the drafting process.

A handpicked group of academics put it together. Only 500,000 Tunisians participated in this year’s public online consultation, less than 5% of the electorate.

There are no strict requirements for assessing whether the document has broad public support in either the constitution or the presidency.

This document does not specify a threshold for approval or a minimum turnout. 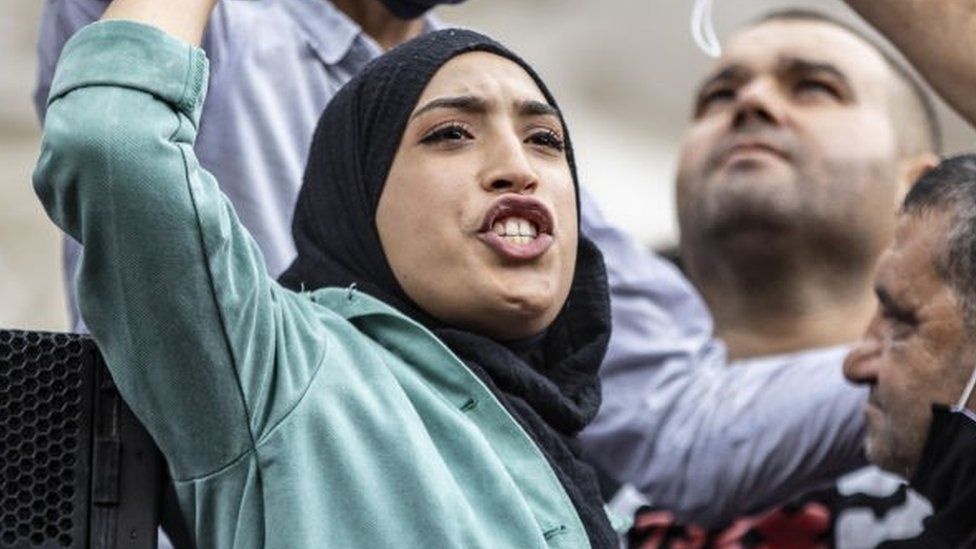 It has been called for a boycott by several parties, including Ennahda, the biggest party in the dissolved parliament.

There has never been a sustained campaign by opponents of Mr. Saied to change the president’s plans or rally the public.

The turnout will be closely watched. Mr. Saied could cement his power if there is a large turnout with a yes vote. His and Tunisia’s constitutional crisis could deepen if turnout is low or there is a no vote.

His enemies will likely be emboldened to challenge him, despite his democratic election with 70% of the vote in 2019.

India and the Semiconductor Mission 2023