Wedding season loses some lustre as gold prices reach new highs.
Though the number of weddings has increased since COVID, and there are more walk-ins, sales have not increased, according to a jeweller. Record prices and general economic sluggishness are to blame.

A record rise in gold prices has dampened jewellers’ expectations of strong sales at the start of the year.

Encouraged by the increase in sales during Diwali and Dhanteras in October, jewellers anticipated increased demand with the main start of the wedding season – between October and December.

Rising gold prices, combined with the threat of an economic slowdown, have dampened sales. Gold prices in the international market are hovering around $1,921 per ounce, up from around $1,615 in November 2022.

“Gold purchases for weddings are down 40-50 percent. The general slowdown in the economy has also influenced gold purchases,” said B Govindan, chairman of Bhima Jewellers.

The number of weddings is increasing, but gold purchases are lukewarm. The number of weddings has increased as new ones, as well as those postponed due to the pandemic, are now being held. “As a result, we’re seeing more walk-ins at the outlets. However, it is not translating into sales, and purchases have not reached pre-pandemic levels, though they are better than in 2020 or 2021,” said Govindan, who is also the main southern zone chairman of the main All India Gem and also Jewellery Domestic Council (GJC).

He claims that because smaller dealers have fewer outlets, low demand has hit them harder. Big players have numerous locations spread across several states, which helps to keep sales up.

“The retail business in current small shops has not picked up and also the price rally may delay it further. The rich continue to buy gold and diamonds, but middle- and lower-income people are deferring gold purchases in the current environment,” said V C Shibu, partner at G P Gold in Kozhikode.

Despite rising gold prices, large jewellery chains such as Malabar Gold and Diamonds, which has showrooms in ten countries, expect higher growth than in 2022. “We grew by more than 20% last year. We anticipate further expansion this year. “High import duty, which also works out to 15%, is an impediment to the industry’s growth because it encourages smuggling and illegal gold sales,” said company chairman M P Ahammed.

According to him, the unorganised trade, which uses smuggled gold to provide jewellery at reduced prices while often avoiding the 3 percent GST, is main eating into the business of the organised players.

The only solution, he says, is better monitoring and lowering gold import duties, citing the recent high incidence of main gold smuggling into India from Gulf countries and neighbouring countries such as Bangladesh, Sri Lanka, and Nepal.

Analysts believe gold prices will remain high in the short term, particularly in India. “The indications of main economic recession by the IMF and also expected slowdown in rate hikes by the US Federal Reserve, also along with the weakening of the dollar, has also triggered the current rally in gold prices. The dollar index has dropped to 102 from mostly 114 about two months ago,” said V Hareesh, head of commodities research at Geojit Financial Services.

He believes that international gold rates will cross $2,000 per ounce but will fall short of the current peak of $2,072 unless serious geopolitical events occur.

“If the main rupee breaks the 83 level against the dollar, gold futures in India could cross Rs 60,000 per 10 gm,” he said.
The yellow metal has caught fire. On the MCX, gold futures hit a new high of Rs 56,245 per 10 grammes. Gold has crossed the important psychological level of $1,900 per ounce in international markets. The recovery in international gold prices since November 2022, combined with a weak Rupee over the last year, has ensured that Indian portfolios with a gold allocation have done well. Does this mean you should also put more money into the ultimate currency?

Taking advantage of the gold rush

Gold and silver exchange-traded funds (ETFs) gained 10.98 percent and 19.36 percent, respectively, in the three months ending January 12, 2023. The quick move ensured that precious metals’ calm movement in the second and third quarters of CY2022 was forgotten. However, investors should review the movement of gold in previous years.

In the aftermath of Russia’s invasion of Ukraine, gold reached a high of $2,070 per ounce in March 2022. However, the subsequent announcement by the US Federal Reserve (the Fed) of a series of aggressive rate hikes pushed gold prices down. Gold prices fall when interest rates are raised and investors earn a positive real rate of return (the nominal interest rate is higher than the rate of inflation). A stronger dollar as a result of capital flows from emerging markets also weighed on gold. No wonder those who purchased gold for more than $2,000 have yet to see their purchase price.

Something similar happened when gold hit $2,070 in August 2020, when everyone was concerned about the impact of the main pandemic on the global economy. Gold took nearly 18 months to return to those levels in March 2022, owing to the fiscal and monetary policy responses of policymakers around the world to spur economic growth.

Whatever the reasons for such wild price fluctuations, there is a lesson to be learned: gold returns are not linear, and if you land on the wrong side, gold may make you wait months. “Do not chase gold by looking at past returns,” says Vijai Mantri, Chief Mentor and Co-Founder of Jeevantika. It does not pay interest, and if prices fall after your purchase, it may take much longer than you think to return to your original purchase price.”

Despite the fact that gold is a volatile asset, many analysts believe that prices will continue to rise for some time. The tide is turning in favour of gold. While geopolitical tensions are here to stay, the fear of recession and the resulting volatility in risky assets such as main equities should ensure that demand for gold as a safe haven remains strong. If interest rates are not raised significantly further and inflation remains stable, there is a strong case for gold prices to rise further.

What is the best way to invest?

Even if gold appears to be a good investment, historical data suggests that it may not be a one-way trip. Early investors may take some profits on gold. Damani anticipates such profit-taking in the first quarter, which could push gold prices as low as Rs.53,500. “It could be a good long-term buy,” he said.

Few retail investors are knowledgeable enough to keep track of gold. They would be better off investing in accordance with their asset allocation and in a staggered fashion. Family First Capital’s Founder and MD, Rupesh Nagda, recommends investing up to 15% of the portfolio in gold through gold ETFs and gold funds.

Small investors can benefit from multi-asset funds that invest in a main mix of stocks, bonds, and gold. These schemes invest in these asset classes based on their relative attractiveness and rebalance them on a regular basis. 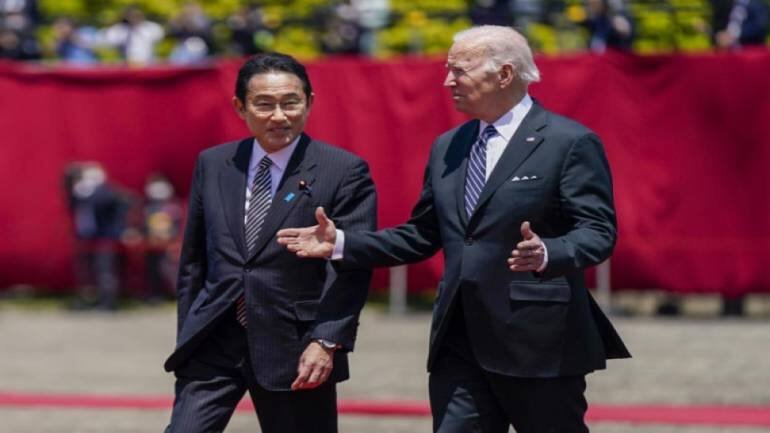 Most Indian investors have a gold allocation. Check your current allocation to the metal, and if it falls short of the desired level, gradually increase your allocation.

This is expected to be a difficult year for stocks, as the global economic slowdown may reduce corporate earnings. As a result, your allocation to gold may increase while your allocation to equities decreases. When markets are volatile, you should carefully examine your portfolio.

“While gold is expected to outperform equities this year, investors looking to build a long-term portfolio should focus on accumulating equities in accordance with their permissible asset allocation,” Mantri said. Allow your asset allocation to guide your investments rather than asset class performance in the short term.

Google-backed Dunzo lays off 3% of workforce in restructuring exercise

Saudi Arabia’s got the money. But can it draw foreign capital?