Highlights: The cess levy was supposed to end on June 30, but the GST Council, which was made up of State FMs and was presided over by Union Finance Minister Nirmala Sitharaman, decided to extend it until March 2026 in order to pay back the loans that were taken in the other two fiscal years to cover the shortfall in their compensation collection.

For almost four years, or until March 31, 2026, the government extended the period during which the GST compensation cess may be levied. The compensating Cess will continue to be imposed from July 1, 2022, to March 31, 2026, in accordance with the Sales tax (Period of Levying of Cess) Rules, 2022, announced by the Finance Ministry.

Ms. Sitharaman had stated at the 45th Plenary Session in Lucknow in September of last year that the system of compensating States for revenue shortfalls due to the inclusion of their levies, including VAT, in the single national tax GST, will expire in June 2022. 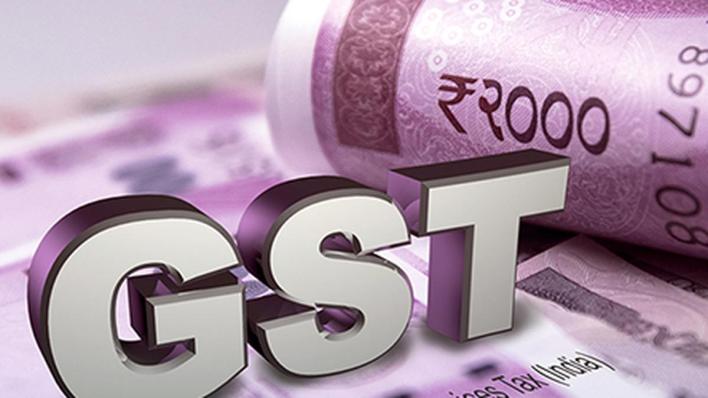 To make up for the borrowings made in 2020–21 and 2021–22 to compensate States for the loss of GST revenue, a compensation cess on luxury and depreciable products will continue to be levied until March 2026.

The Center has borrowed and disbursed 1.1 lakh crore in 2020–21 and 1.59 lakh crore in 2021–22 back-to-back loans to fund a part of Cess’s shortfall to fill the funding gap of States due to the quick delivery of repayment.

See also  MetLife hikes its stake in PNB MetLife. Is the deal promising for MetLife?

The government implemented the Goods and Services Tax (GST) on July 1, 2017, and states were guaranteed compensation for any monetary losses resulting from GST implementation for a five-year term. Despite states’ protected income increasing at a 14 percent compound growth rate, cess collection has not increased in the same proportion, and COVID-19 has widened the gap between covered revenue and the real revenue receipt, including a drop in cess collection.

The entire amount of GST that helps to support States through May 31, 2022, has been issued by the Center. According to Rajat Mohan, senior partner at AMRG & Associates, the extension of the repayment cess charge may result in increased tax rates being applied to goods including alcohol, high-end motorcycles, aircraft, and motor cars.

“The extension of the levy to cover the costs associated, although expected, will continue to enforce a burden on the impacted businesses, especially sectors like automotive, which need to be motivated because it is one of the industries that have a multiplier effect on GDP and employment,” said M. S. Mani, a partner at Deloitte India.

“The case of whether the States will be rewarded beyond five years or not may ultimately get decided in the upcoming GST Council meeting,” said Abhishek Jain, Partner Direct Tax, KPMG in India. The cess extension will now aid in paying down the extraordinary borrowings from the previous two fiscal years. From July 1 of this year, the states won’t receive the alleged GST repayment. While several states have called for an extension, the Centre is opposed.

Next week, the Gst will convene in Chandigarh.

To cover the bank debt and arrears of payment given to states in the other two fiscal years, the introduction of the GST recompense cess on a select number of products and services has previously been postponed until March 2026.

According to the recommendations of the Council and in accordance with the authority granted by subsection (2) of section 12 read in conjunction with section 8 of the Sales tax (Compensation to States) Act, 2017 (15 of 2017), the Central Government herewith promulgates the following regulation: “On Friday, the finance ministry published an extraordinary gazette.

To assist pay for the liquidity support provided to states during the COVID period when cess collecting was insufficient to make up for states’ losses in GST revenue, the cess collection, which was properly set to end at the end of June, has been prolonged by almost four years.

According to the GST (Duration of Levy and Collection of Cess) Rules, 2022, announced by the revenue department, the term of GST cess levying shall be up to March 31, 2026. Based on the GST Council’s suggestion, the Cess will be extended.

The National Sales Tax (Compensation to State) Act, 2017, section 8 imposes a repayment cess known as the GST cess. To cover up for the States’ revenue losses due to the GST’s adoption in India, a GST cess is imposed on intra-state and inter-state production of goods and services. This post examines the GST Cess’s applicability, rate, and calculating process. Due to the fact that the GST is an intake tax, the state where the supply of products and their consumption take place would be entitled to the indirect tax income. Therefore, it is expected that some conditions that are net exporters of products and/or services may see a decline in indirect tax revenue after the implementation of the GST.

The Central Government has announced the Exchange For interest payments Cess to make up for the States’ loss in tax revenue. The Goods and Sales Tax (Compensation to State) Act of 2017 states that a GST compensation cess will be imposed for five years following the implementation of the GST.

Both the supply of goods or services that the Central Government has announced would be subject to the GST Cess. Additionally, the GST cess would apply to interstate and intrastate supplies of goods and services. Every taxable person under the GST law must collect and submit a GST cess, except for taxpayers registered under the GST composition system. The number of items will be subject to the GST Cess: