Horse trade refers to the purchasing and selling of horses. A successful industry that has existed for millennia. What if someone were to inform you that the term also has a complex definition and that it refers to the practice of negotiating a fair deal with a business partner through cunning or covert means? You won’t be surprised if you’re an Indian reader. The mainstream media have frequently used the phrase in recent years to refer to certain purported political wrongdoings. The term is now prominently featured in the Indian political dictionary. 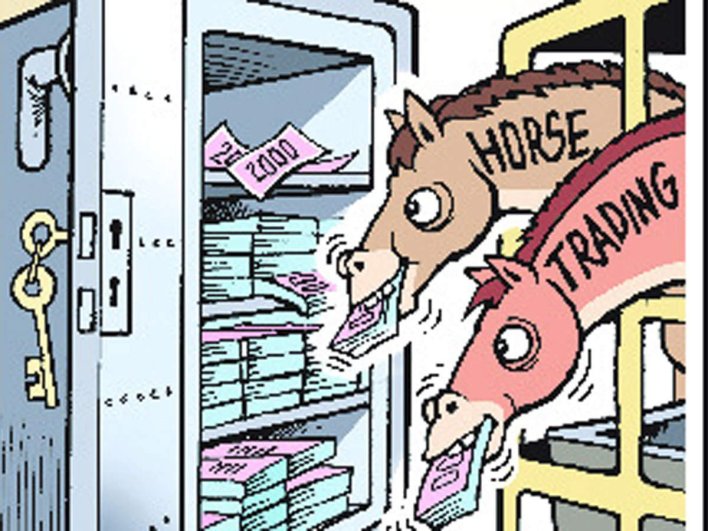 What is horse-trading in politics?

On February 14, voting took place in Goa for the Assembly elections. A sting operation by a private television station two days prior to election day revealed alleged horse-trading intentions among the opposition camps, sparking severe turmoil in the state’s political demographics. The video claimed that four prominent figures were preparing to defect and join the in-power BJP after the March 10 election results were announced.

According to reports, they claimed that it would greatly expand their business opportunities and financial situation. However, it is impossible to confirm the sting operation’s veracity independently.

Horse-trading is a term frequently used in Indian politics, as was already mentioned. It appears to allude to a situation where a political party purportedly poaches ministers or leaders from rival parties, usually in an effort to topple a government. Why, therefore, do horse trades? That’s because some dishonesty can occasionally be involved in purchasing and selling horses. A trader doesn’t have to tell the customer that the horse is flawed to sell it. The latter will pay the money only to learn that the horse is hurt after doing so.

As a result, the phrase is sometimes used to refer to suspected corrupt political tactics, such as backroom transactions, hiring political leaders, and selling votes. 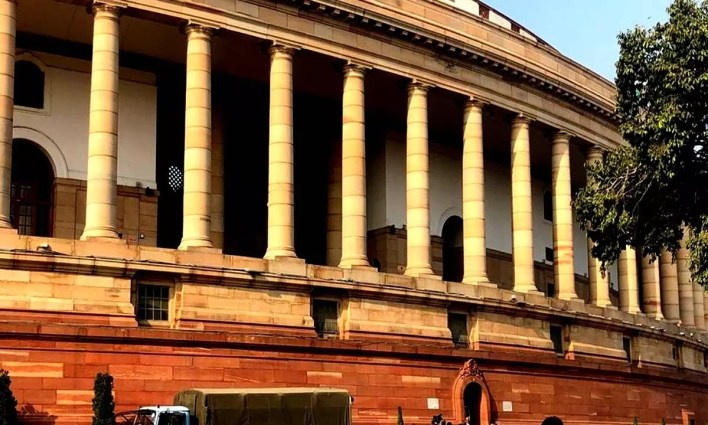 The purported scandal in Goa has reintroduced “horse-trading” into the popular discourse. A number of significant alleged horse-trading instances have occurred in Indian politics in recent years, leading to the rise and fall of governments in various states. In this article, let’s review a few purported horse-trading cases from the recent past.

Let’s start with the controversy in Karnataka, known as “Operation Kamala” by the media. The BJP became the only major party in the state after winning 110 seats in the 2008 Assembly elections. The majority score, however, was 113. Six independent MLAs helped the BJP build the BS Yediyurappa-led coalition government. A disagreement was then reported after that. In an operation that a mining billionaire purportedly funded, the party is accused of poaching three Congress MLAs and four JD(S) MLAs to bolster the administration.

Ten years later, Karnataka held another election for its state’s assembly, and this time, a new issue broke out that the media dubbed “Operation Kamala 2.0.” The BJP gained 104 seats, according to the results announced in May 2018, but once again fell short of a majority. On the other side, the JD(S) had won 37 seats, while the Congress party had won 80. HD Kumaraswamy would serve as the leader of the coalition government that the two sides opted to establish.

But according to reports, the BJP consistently asserted that the current administration would not endure through January 2019. Poaching allegations were made, and the government reportedly fell after 15 coalition MLAs and two Independent MLAs declined to vote in favour of the confidence motion. After the dissident MLAs joined the BJP, the party once more became the Karnataka government.

The state of Madhya Pradesh had major political unrest in 2020, which resulted in the demise of the coalition government led by Congress and the ascent of the BJP. Congress won 114 seats in the 2018 Assembly elections, making it the single-largest party. With the aid of independent MLAs and MLAs from the Bahujan Samaj Party and the Samajwadi Party, Congress formed the state’s administration in Madhya Pradesh. Cracks between Jyotiraditya Scindia, then one of the most famous young leaders in the Congress, and Kamal Nath, the chief minister, have been visible since the administration’s establishment. As their disagreement grew more intense, Scindia eventually announced his resignation from Congress on March 10, 2020.

According to sources, Scindia spoke with Union Home Minister Amit Shah and Prime Minister Narendra Modi before submitting his letter of resignation to Sonia Gandhi, the interim president of the Congress. 22 Congress MLAs who were thought to be loyal to Scindia resigned after his resignation. The day after Scindia joined the BJP, Rajasthan Chief Minister Ashok Gehlot denounced the saffron party for “shamelessly carrying out horse-trading.” The Madhya Pradesh Legislative Assembly was to hold a floor test the following day under a Supreme Court ruling of March 19, 2020. The BJP government led by Shivraj Singh Chouhan replaced the Kamal Nath administration after it fell due to its projected failure to pass the floor test.

Even if it wasn’t directly related, something strange happened following the 2019 Maharashtra Assembly elections. With 105 seats, the BJP won the most seats overall after the elections. Shiv Sena, one of its allies, garnered 56 seats, and their combined total exceeded the threshold for majoritarianism, qualifying them to form the government. NCP and Congress had gained 54 and 44 seats, respectively, in the opposition camp.

Shiv Sena abruptly broke off its coalition with the BJP over disagreements over who would lead the state as chief minister. Sharad Pawar, the leader of the NCP, made contact with Uddhav Thackeray, the leader of the Sena, and together with the Congress party, they planned to build a coalition government that Thackeray would lead. Sena went so far as to criticise the BJP, claiming that “those with 105 seats had before informed the governor that they do not have the majority. How are they now claiming that only they will form the government?” before adding, “…the intention of horse-trading stand exposed now. The lies of those promising transparent governance are becoming evident now.”

On November 23, however, Ajit Pawar, Sharad Pawar’s nephew, allied himself with the BJP, and that same day, Devendra Fadnavis was inducted as chief minister, and Ajit Pawar was sworn in as deputy chief minister. Ajit Pawar eventually left that camp and returned to his uncle’s side in an odd U-turn. The BJP-Ajit Pawar administration only held office for 80 hours. He then was appointed to the Cabinet of the Maha Vikas Aghadi government, which the Shiv Sena ran. His decision to swap sides initially sparked allegations of horse-trading. However, it was supplanted when he returned to NCP by claiming he was a Trojan horse. 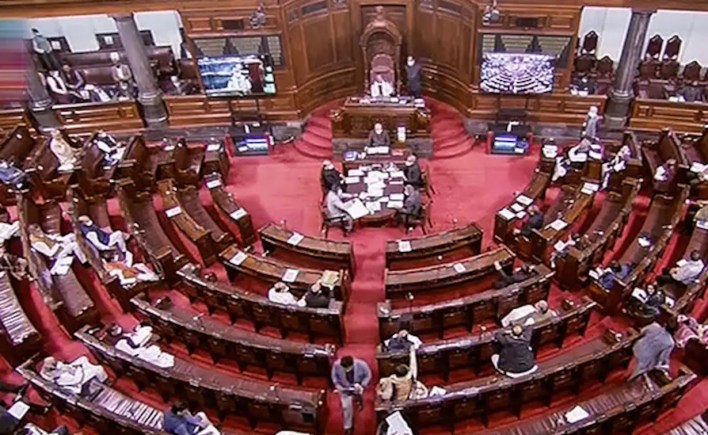 As in Madhya Pradesh and Rajasthan, the BJP government engaged in horse-trading in Maharashtra.

The state of Maharashtra’s politics currently is not suitable for democracy.

“Time will tell what happens in Maharashtra. However, this is a bad custom. Horse-trading, in my opinion, is taking place there as well, too,” claimed Congress leader and Chief Minister Ashok Gehlot.

He claimed that the BJP initially engaged in horse-trading in Madhya Pradesh, followed by Rajasthan and now Maharashtra. It’s a horrible omen for democracy and the nation. Everyone should understand these facts. Gehlot accused the Center of abusing the Enforcement Directorate, Income Tax, and CBI, saying that this was “a subject of grave worry.”

He claimed that everyone was shy and kept to themselves. He added, “the politics surrounding Hindu-Muslim relations is risky because there cannot be growth if there is violence.”

“Hindutva is causing a decline in democracy in the nation. People don’t understand today, but they will come to regret it. While law and order are still precarious and the economy is deteriorating, these guys (the BJP) are engaging in horse dealing and toppling governments, “Gehlot added.

“They’ve turned everything into a comedy. They were planning a conspiracy all along, and they had Maharashtra as their target, but it has only come to light. Amit Shah and PM Modi must lead the nation in accordance with the Constitution and refrain from becoming haughty,” he added.

Adhir Ranjan Chowdhury, the leader of the Congress in the Lok Sabha, asserted that the BJP’s goal is to create an “Opposition-free India” at the federal level.

“The BJP wants to rule all of India. They won’t tolerate opposition parties speaking out against them. They are constructing an “Opposition-free India” step by step. Initially, they referred to Bharat as “Congress-mukt,” but they have since altered it to “vipaksh-mukt,” “Chowdhury stated.

To conclude, we get the impression that the government is making every effort to depose the opposition. They are spending the money from the public more selfishly for their political agenda. This portrays the Indian government in its true light.